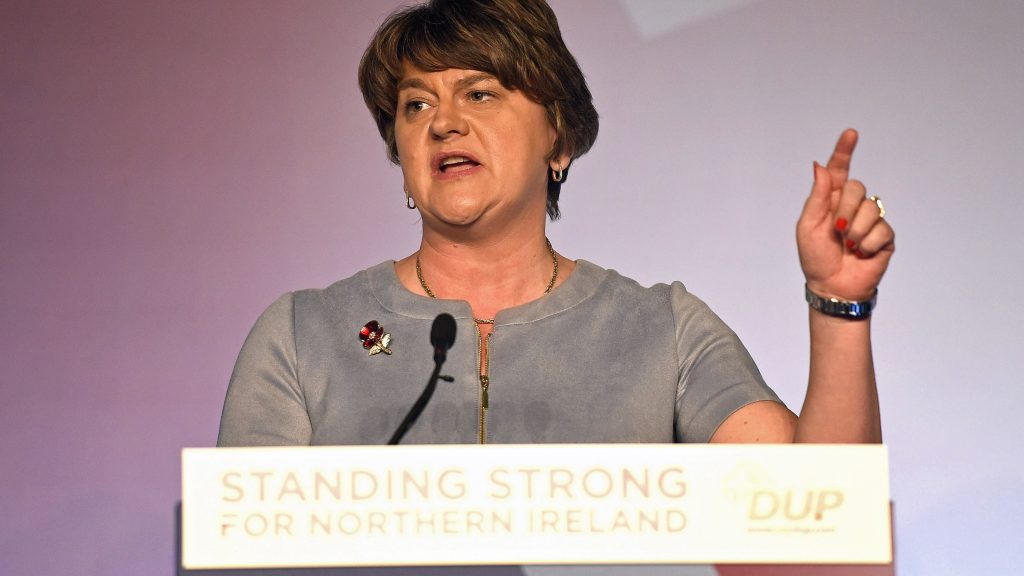 DUP leader Arlene Foster made the announcement as the UUP comes under pressure not to run a candidate against her deputy Nigel Dodds in North Belfast. It emerged last week that police are investigating threats again Ulster Unionist staff members over the electoral pact row.

In a statement on Saturday, Mrs Foster said she believes in unionist co-operation and parties working together to maximise representation.

But incoming UUP leader Steve Aiken has indicated he is not in favour of participating in unionist pacts for the December 12 poll.

Mrs Foster said: “The people of Fermanagh and South Tyrone deserve to be represented in the House of Commons rather than an absentee MP standing on the sidelines.

“Despite the DUP being the largest unionist party in the constituency, it is right to put wider interest ahead of narrow party politics and indicate our support for Tom Elliott to re-take this seat.

“This is something voters from across the unionist community want to see happening and we will be urging DUP supporters to put their full weight behind Tom’s campaign.

“Every vote will matter in this election and the votes of Northern Ireland MPs could again be crucial in the new Parliament.

“It is more important than ever to have MPs who will turn up and speak up for their constituents where it matters – inside the House of Commons.”

Sinn Fein last week singled out Mr Dodds, who won a majority of just over 2,000 votes in North Belfast in 2017, as one of its key targets as it aims to increase its number of MPs from seven to eight.