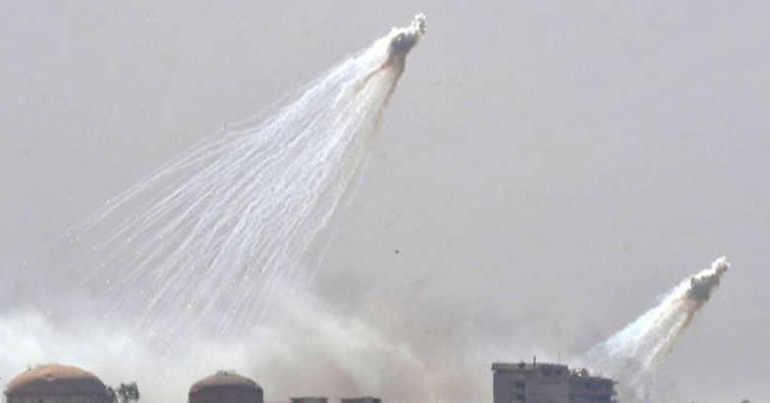 Warning: this article contains images that some readers may find distressing.

A volunteer doctor in northeast Syria believes that the Turkish armed forces are using chemical weapons in civilian areas.

Abbas Mansouran is a Swedish national volunteering in the hospital in the city of Heseke. In a report provided to The Canary by the Rojava Information Center, he said:

From my experiences I believe therefore that the Turkish Armed Forces have used chemical weapons against women and children in civilian areas.

The use of white phosphorous as a weapon is prohibited by international law.

Mansouran explains the effect of the use of white phosphorous:

White phosphorous munitions can adhere to clothing and deeply penetrate skin, causing severe and often fatal burns to the bone. They continue to burn even when deprived of atmospheric oxygen

Mansouran, who worked in a burns unit during the Iran-Iraq war, is convinced that chemical weapons have been used because of the nature of the injuries he has treated. He writes:

The shape and appearance of burns injuries I have treated here in Rojava are clearly very different from typical burns. It was immediately apparent to me that they were specifically manifestations of chemical weapon use. They show that Turkish Armed Forces have been using chemical munitions. I can emphasize that white phosphorus… [and] some other unknown chemical such as Dense Inert Metal Explosive (DIME) munitions were used in October in Rojava.

We have so far admitted hundreds of patients, mostly civilians including children, women and men with severe injuries as a result of attacks by Turkey and their Islamist proxy forces [on] the cities of Serê Kanî (Ras al-Ain), Girê Spi (Tel Abyad) and surrounding villages. In total around 30 victims, mostly civilians, were admitted to Heseke’s main hospital with these severe and unusual burns and smoke injuries to their faces, ears and other areas. The burn types I have witnessed here are very different to those I would expect to have been caused by anything other than a chemical incendiary weapons like white phosphorus.

Mansouran reported that all of the patients he’d seen had been attacked by unpiloted drone aircraft:

All the patients I visited reported that they had been victims of munitions dropped or fired from unmanned drones in different places and in different attacks.

This seems to suggest that chemical munitions are being fired from drones.

The survivors of the attacks were mostly civilians. They had been covered with a “cool smoke… [which] settled over bodies with the appearance of charcoal dust”. Many of the survivors had lost limbs, were suffering with severe breathing problems, and had burns to their eyes.

According to Mansouran, the Turkish army may be using another type of chemical weapon:

Mansouran’s report includes the following graphic images of injuries he has treated: 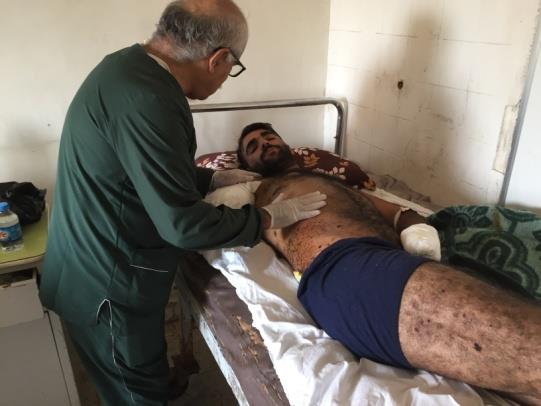 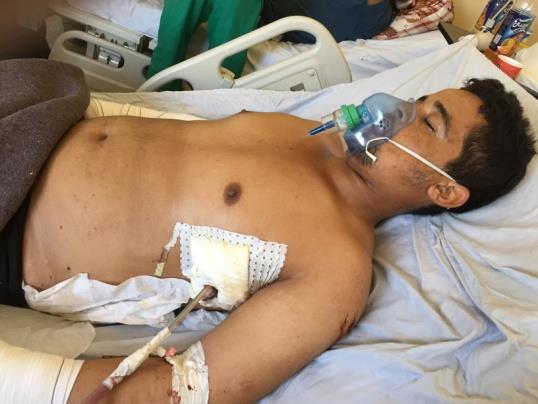 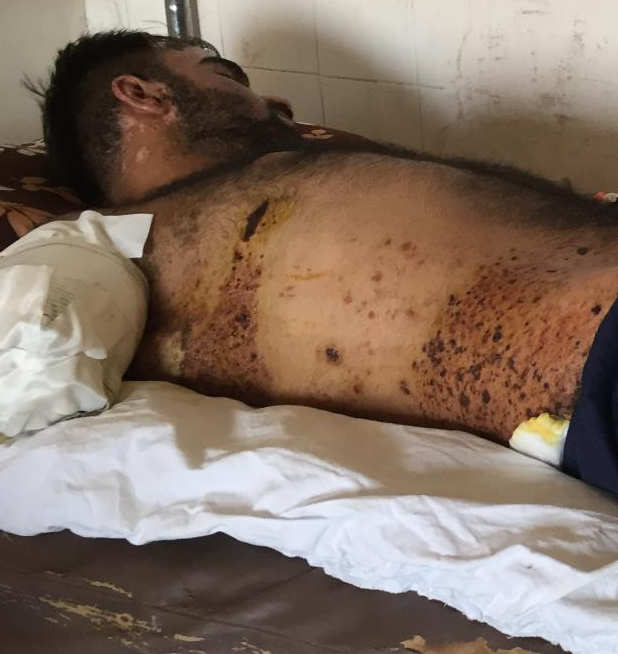 The Canary contacted the Turkish embassy in London for a comment about Mansouran’s report. We had not received a reply at the time of publishing.

The Times recently reported that British “ministers have issued more than 70 export licenses for military products that can contain phosphorus to Ankara in the past two decades”. The equipment included “smoke and pyrotechnic ammunition, decoy and countermeasure equipment and signalling devices and illuminators”.

We are monitoring the situation in Syria very closely when assessing export licence applications against our strict licencing criteria. We keep all our defence exports under careful and continual review.

Their response shows that the government is still considering arms export licences to Turkey, despite the mounting evidence of war crimes.

Andrew Smith of Campaign Against Arms Trade told The Canary:

There have been very serious accusations of Turkish forces using white phosphorous and committing war crimes. Particularly at a time when these investigations are taking place, it is more important than ever that the UK Government, and other arms providers, revoke all licences for weapons that could be used in this terrible war.

As The Canary has previously reported, the British government has suspended future arms sales to Turkey. But it has refused to revoke existing licenses for arms exports to Turkey.

Looking ahead, there can be no more arms sales to the brutal and authoritarian Turkish regime. President Erdogan has waged a terrible crackdown against free speech and democracy domestically, as well as playing an increasingly aggressive role on the world stage. Regardless of who wins December’s election, there must be a major change in UK policy toward Turkey.

Calls are growing for governments to end all arms exports to Turkey. We need to keep our eyes on what’s happening in northeast Syria, and force the government to listen.