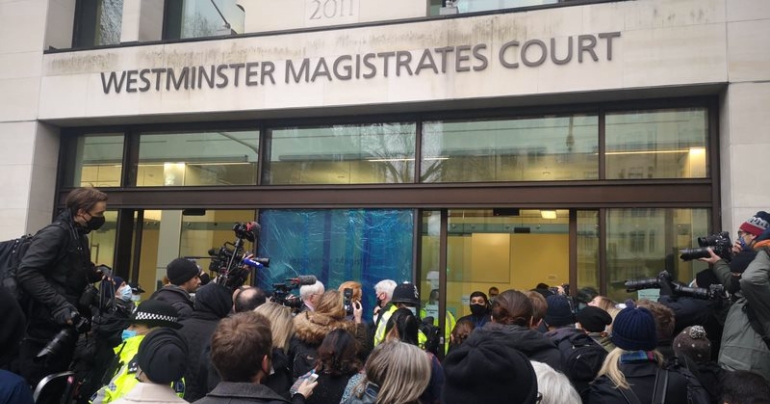 WikiLeaks founder Julian Assange’s hopes for freedom have been dashed after a judge refused him bail despite a decision to block his extradition to the United States.

District judge Vanessa Baraitser rejected an application for Assange’s release with strict conditionals over concern he would abscond.

It follows a decision that he should not be extradited to the US on mental health grounds due to the risk of suicide.

Assange will have to remain in custody as the US government is appealing against Monday’s extradition ruling.

Announcing her bail decision at Westminster Magistrates’ Court, Baraitser said: “As a matter of fairness, the US must be allowed to challenge my decision and if Mr Assange absconds during this process they will lose the opportunity to do so.

“Mr Assange still has a huge support network available to him should he again choose to go to ground.”

On Twitter, many people expressed outrage at the decision. Canary journalist John McEvoy who’s been reporting on the case tweeted:

The decision not to grant bail to Julian Assange is callous and cruel. Not only is he a mental health risk, but he suffers from a chronic lung condition while Covid-19 is rampant in Belmarsh prison.

Matt Kennard highlighted the need for a public inquiry:

We need a wide-ranging public inquiry into the British legal system's handling of the Assange case.

Nothing has been normal from 2010 onwards. From the CPS to Westminster Magistrates Court, we need the truth.

Julian Assange must be freed from prison today.

It would be inhumane for him to be held in jail while the US again tries to extradite him for exposing war crimes.

Meanwhile, outside the court, The Canary captured the reaction from Assange’s supporters:

Featured image via Pablo Navarrete for The Canary