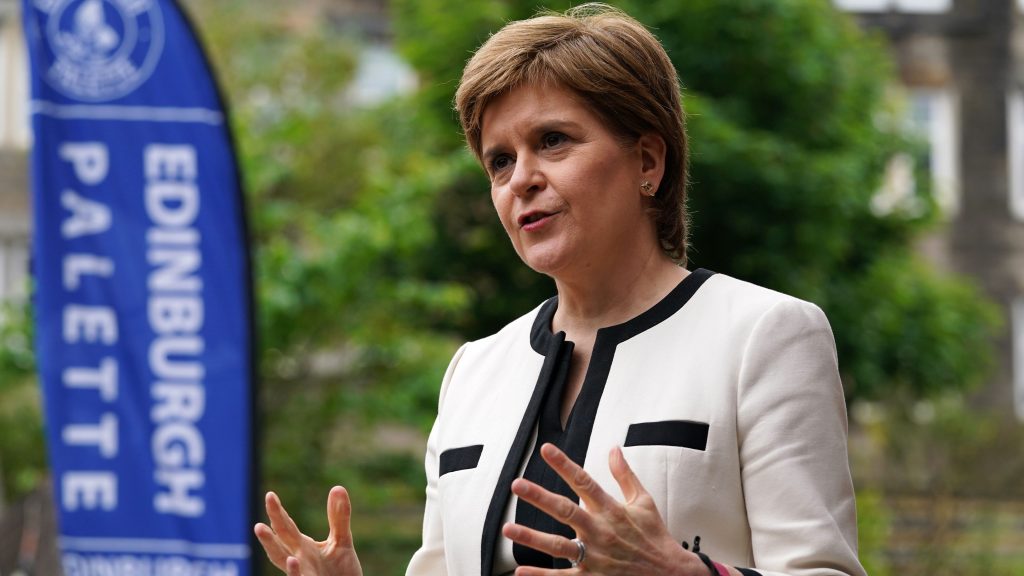 The “sneering, arrogant condescension” by Michael Gove in comments about another referendum are strengthening support for Scottish independence, Nicola Sturgeon has said.

The UK Cabinet Office minister has said he “can’t see” Boris Johnson agreeing to another vote before the next general election, adding it is “reckless” to discuss the issue while the country is still recovering from the coronavirus pandemic.

But Scotland’s First Minister said the argument that the nations of the United Kingdom are equals “completely disintegrates” if the UK Government refuses to allow another vote on independence.

Every time we hear that kind of sneering, arrogant condescension from Michael Gove – or whatever UK Government minister it may be – completely refusing to accept Scottish democracy actually the more they just build support for independence.

If we can’t even have a UK Government that respects the choices we make democratically, which – in an election just a matter of weeks ago – was an overwhelming victory for the SNP on the manifesto commitment to have the choice of independence, not to force independence on people but to give people the choice at the right moment after we’re out of the Covid-19 pandemic.

If that can’t even be respected, then the idea that the UK is a partnership of equals just completely disintegrates.

Gove – who is responsible for countering the push for independence – said the Prime Minister will be completely focused on recovery from the pandemic “for the lifetime of this Parliament”.

In an interview with The Daily Telegraph, Gove was challenged on whether there is “any circumstance” in which Johnson would approve a referendum before a May 2024 election.

Gove responded: “I don’t think so.”

Asked whether his position is that “there will be no referendum before the 2024 election”, he replied: “I can’t see it.”

After pro-independence parties won a majority in the Scottish Parliament in May, Sturgeon said it is “a matter of when, not if” there will be a second referendum.