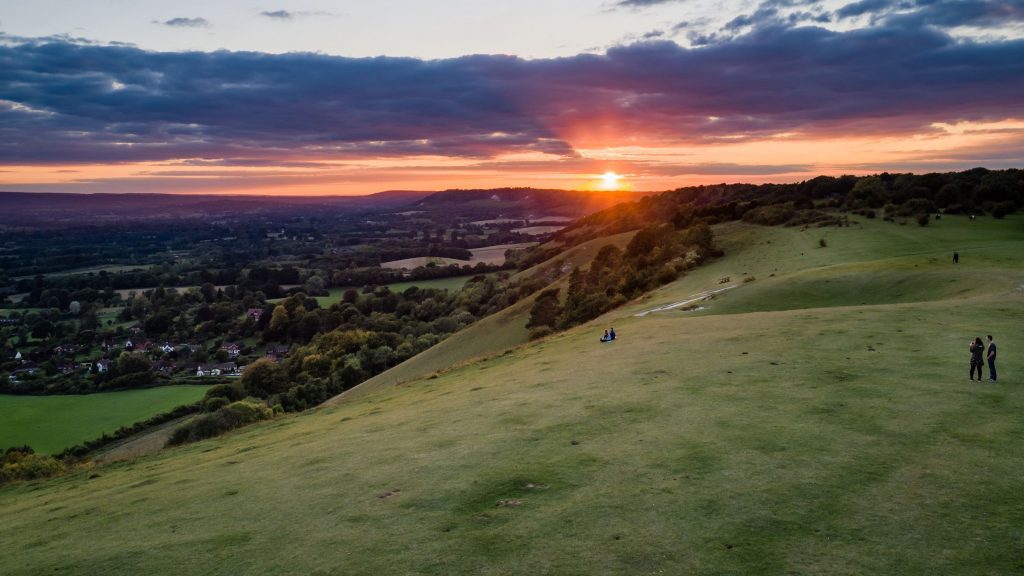 Two English landscapes could be designated as new protected areas under plans being put forward by the government.

Ministers have also launched a programme to fund farmers and landowners in protected landscapes to help nature and people – with projects such as creating ponds, improving public access, or reducing carbon emissions or plastic use on farms.

The Yorkshire Wolds and the Cheshire Sandstone Ridge will be considered for status as areas of outstanding natural beauty (AONBs), while the existing Surrey Hills and Chilterns AONBs could be extended under the proposals.

The government claimed the four areas being considered have the potential to deliver more than 40% of the additional 4,000 square kilometres (1,500 square miles) needed to meet the UK’s commitment to protect 30% of its land by 2030.

But conservationists warn much of the existing protected areas are national parks, and AONBs which do not necessarily deliver for nature, with many of them suffering from overgrazing, poor management, or intensive agriculture.They are calling for urgent action and more resources to improve the natural world across existing protected areas.

Conservationist George Monbiot has written about the “dead” nature of British hills:

We have an opportunity to create a new chapter for our protected landscapes. The work that we are going to take forward will contribute to our commitment to protect 30% of our land by 2030, and boost biodiversity, while designating more areas of the country for their natural beauty.

Our farming in protected landscapes programme will provide additional investment to allow farmers to work in partnership with our National Park Authorities and AONB teams to improve public access.

It comes in response to the Glover Review, commissioned by the government, which recommended “national landscapes” should have a new mission to enhance nature, create wilder areas, and deal with climate change.

It also set out proposals to increase access to protected landscapes for people and create new designated areas.

The government has said it will respond in full to the review later in the year.

A lot more to be done

In response to the government announcement, Julian Glover, who led the review, said:

Our national landscapes are the soul of England, beautiful, much-loved, and there for all of us, but they are also under pressure.

We need to do a lot more for nature and more for people, too. Our report set out a plan for a brighter, greener future and I’m delighted that words are now being followed by action.

The creation of new AONBs is excellent, but it must be accompanied by stronger duties and resources for environmental improvement to bring the landscapes to life with nature.

He said three quarters of sites of special scientific interest, which are protected for nature, were in poor condition within designated landscapes. More ambition was needed to fill protected landscapes with wildlife and ensure they play their part in tackling climate change, he urged.

We need quick action now to complete the designations and to strengthen the environmental purposes and resources of AONBs.

Only then can Government reliably include these places in its promise to protect 30% of the land for nature.

Jo Smith, chief executive of Derbyshire Wildlife Trust said the proposed designations “will not magically help meet the target of 30% of land where nature can thrive”. She said:

Instead, what’s needed is urgent action, political will and more resources, to repair and heal the natural world across the National Parks that we already have

If this Government is serious about its ambition to leave the environment in a better state for the next generation, it must properly fund meaningful action to restore habitats across our protected landscapes