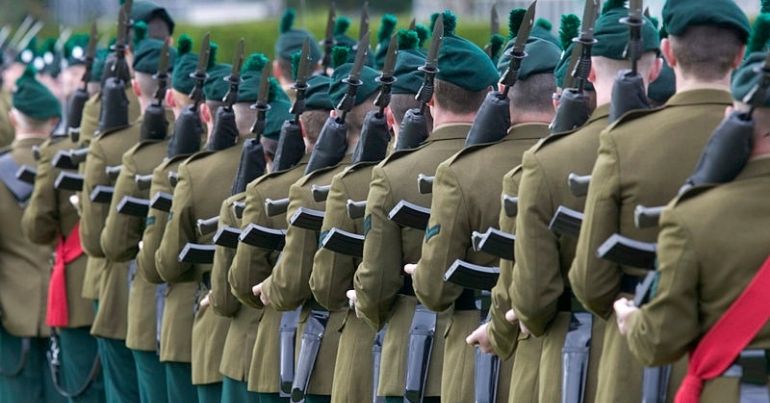 The UK military must stop recruiting under 18s, a coalition of human rights groups has urged. An open letter to defence secretary Ben Wallace said the military should change its recruiting policy. Human rights organisations such as Liberty, Medact, Amnesty, War Child, and Amnesty International UK signed the letter.

The letter highlights that while “most states worldwide now allow only adults to be recruited”, the British Army “still recruits more soldiers at 16 than any other age”. And they said this was especially true for combat infantry roles.

The letter rejected the military’s claim that joining up helps kids:

The army argues that it provides underprivileged teenagers with a route out of unemployment, but since four-fifths of disadvantaged teenagers now continue in school or college from age 16, their enlistment typically brings their full-time education to an early end.

The signatories warned that:

the evidence now clearly shows that recruiting from age 16 draws them into the armed forces prematurely.

The risks and legal obligations involved are unambiguously incompatible with their rights and welfare.

They said the problem is fixable:

CRIN (Child Rights International Network) coordinated the letter. CRIN also worked with poet Potent Whisper to produce resources like a rhyming guide which challenges potential young recruits to reflect on what they might give up by joining.

🎤CRIN PRESENTS: The Rhyming Guide to Joining the Army, a creative piece responding to the issue of military recruitment of young people, with words by @PotentOfficial, animation by Neda Ahmadi and sound by Torch and Compass. Watch the full piece at https://t.co/RipKIVAWrQ pic.twitter.com/DwbFNJjfL6

Researcher David Gee has previously worked on the issue of under 18s recruitment He tweeted that very young recruits are vulnerable on several metrics:

Time to stop stuffing @BritishArmy with 16-year-olds, which leads to:

In a bid to stop the recruitment of 16 and 17 year olds, CRIN urged people to write to their MP and lobby for the minimum age to be raised to 18.

I want Britain to be the best place in the world to serve and be a veteran.

It’s not clear if the new consultation means 2019 Manifesto pledges will be abandoned. These included better military pay and housing, and a federation-style body for troops. That body would effectively be a union without the right to strike.

Whether we are dealing with very young recruits, or soldiers leaving the military, there’s clearly a long way to go on human rights and proper aftercare.