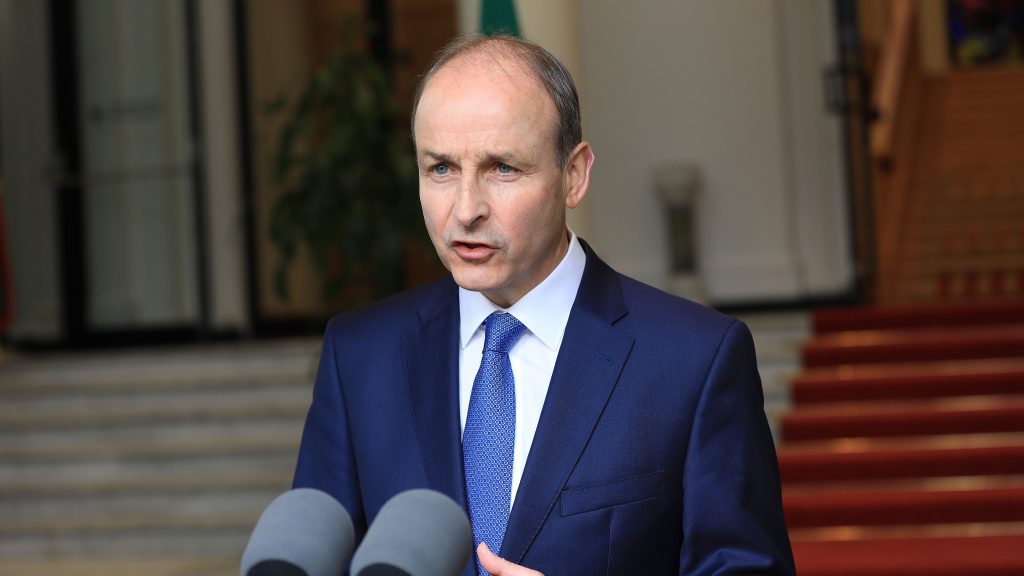 Irish premier Micheál Martin said he has no doubt over the EU’s willingness to “reach an accommodation” over the Northern Ireland Protocol. However, he said the UK must be willing to engage in the process and follow through on commitments already made.

The issue was discussed by EU leaders at a European Council summit taking place on Thursday and Friday.

A deal is possible

A deal can be reached. It will take political will and commitment.

I’m in absolutely no doubt about the commitment of the European Union as an institution, but also the members and the key members of the European Union, and their desire to reach an accommodation here in relation to the implementation of the Withdrawal Agreement and the Protocol.

Martin called for proper engagement from the UK, and noted that prime minister Boris Johnson had shown a willingness to find solutions. He said:

My last meeting with Boris Johnson, he was clear he would give this a very strong shot at trying to reach an agreement.

I’m in no doubt the willingness is there on the EU side.

The EU does need reciprocity, it needs the sense from the UK that it will follow through on its commitments that it’s signed up to, and that it will deliver on those commitments.

On Thursday, Irish foreign minister Simon Coveney said Ireland is listening to those who have real concerns about the Protocol. He said he is:

making the case strongly at an EU level for flexibility and pragmatism.

He said that the Irish Government had been advocating for more ambition around sanitary and phytosanitary standards, food standards, veterinary standards and a common approach to that from the UK and the EU.

He said such an approach “could reduce significantly” the number of checks required in ports and airports in the north of Ireland on products coming from Britain. He said:

I’d like to give a message to people in Northern Ireland that despite the frustration that we’ve heard we are trying to work through the issues where there are solutions,

But those solutions require partnership between the British Government and the EU together.

Coveney was speaking after a meeting of the British-Irish intergovernmental conference in Dublin on Thursday, where he met Northern Ireland secretary Brandon Lewis.

Hopefully, this week and into next week, if we can get agreement on the chilled meats issue, at least for the temporary extension of that grace period, that can be a catalyst for improved relationships and the building up of trust.

And allow negotiating teams to try to solve some of these other issues over the summer months, because they need to be solved.