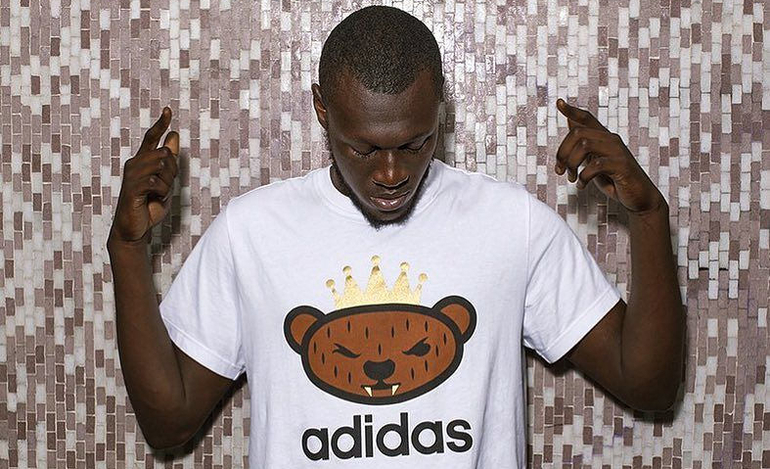 In an interview with Channel 4 News, grime artist Stormzy opened up about his battle with depression. He hopes that his new album Gang Signs & Prayer will help others who are tackling similar issues.

Findings from charity YoungMinds show that 80,000 children and young people suffer from depression. Rates of depression and anxiety among teenagers have increased by 70% in the past 25 years. But when a grime star like Stormzy speaks honestly about his struggles, it could help many of his fans to open up, who might otherwise feel too embarrassed.

There’s no shame in struggling

Many other grime artists – including Jaykae, Big Narstie, Row D, SH?M, Cally, and Absorb – have also talked about their mental health issues. And this challenges the public image of grime being all about male bravado and arrogance.

Big Narstie said: “don’t be afraid to talk. It’s ok for you not to feel happy.” Row D’s main piece of advice was:

Don’t feel weak because of what you’re dealing with, you wouldn’t feel weak if you were suffering from some kind of physical illness, so don’t feel that way with mental illness.

According to the Mental Health Foundation, nearly 9 out of 10 people with mental health problems say that stigma and discrimination have a negative effect on their lives.

Stormzy talks about stigma making him feel uncomfortable about speaking honestly about his depression. This is a major problem. A recent survey published by The Prince’s Trust highlights that almost one in four (24%) of young people say they would not confide in someone if they were experiencing a mental health problem. 34% of that group feared it would make them “look weak”.

The grime star used to tell himself to ‘just be happy’ and ‘pull it together’. But of course, for someone dealing with depression, these attitudes can add an unnecessary layer of shame and guilt to the experience. Thinking that we have to ‘man up’ or ‘get a grip’ is all part of the stigma.

Stormzy believes it’s important to know that you’re not alone. And this is true. A YouGov poll published on Self Harm Awareness Day (1 March) shows that one in four young men are self-harming to cope with depression. Being too afraid to seek support means that many young people are resorting to unhealthy ways of managing their issues.

MMA fighter Dominic Cruz recently appeared on comedian Joe Rogan’s podcast. He too opened up about his depression. Cruz said “I hated myself” and “I was a piece of shit in my mind”.

He compared seeking professional help to having a spotter when bench pressing. After a while, you can lift the weight without the spotter. And he says it’s the same with depression. It’s okay to use a “floatie”. Then, when you get used to the water, you can swim without one. He urges people battling depression to think of professional help or a support network as a kind of “mental floatie”.

People from black and minority ethnic communities are generally less likely to seek help through mainstream mental health services. So if Stormzy’s message can reach young black men in particular, who may rarely seek out therapy, then it’s especially important.

Slowly but surely, public perceptions about mental health are transforming. Once we can see that there’s no reason to feel ashamed about being depressed, then a great deal of suffering can be alleviated.

– Support YoungMinds and Time to Change.