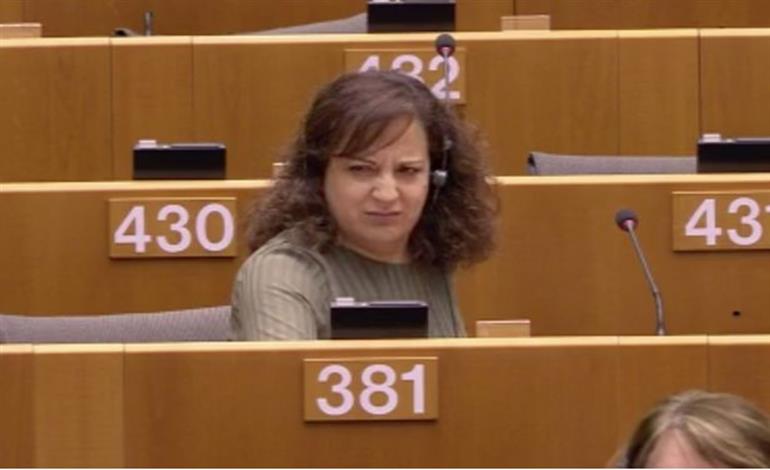 A right-wing male MEP delivered a sexist rant to the European parliament in which he declared that “women must earn less than men” because they are inferior human beings. Socialist MEP Iratxe García Pérez gave a powerful response which has been heard around the world.

That moment in the European parliament

Janusz Korwin-Mikke is a bow tie-wearing right-wing MEP from Poland. He made the news a while ago for referring to black people as ‘n*ggers’ during an EU parliamentary debate. His party is closely allied with UKIP, and even donated an MEP to Nigel Farage’s ‘Europe of Freedom and Direct Democracy’ coalition in 2014.

But past form aside, Korwin-Mikke stunned his fellow MEPs with an intervention during a debate on the gender pay gap. After a long rant on the inferiority of women in all fields, he concluded:

Spanish Socialist MEP Iratxe García Pérez had been watching the rant with open disgust. And she didn’t waste a moment in responding. Standing to face Korwin-Mikke, she said:

According to your opinion, I should not have the right to be here, as a Member of Parliament.

And I know that hurts you… that today women can sit in this house to represent the European citizens with the same rights as you.

I am here to defend all European women from men like you.

In 2017. In the European Parliament. Unbelievable… @IratxeGarper sets this misogynist straight. pic.twitter.com/YOHu684DLg

The gender pay gap is real

Korwin-Mikke MEP is a throw-back to neanderthal man. But even he recognizes the gender pay gap is real. Women are consistently paid less than men for doing the same work. According to data crunched by the European Commission, women in EU countries earn salaries that are 16% lower (on average) than their male counterparts. This means they are effectively working two months each year for free. But this is not because women are less capable.

The European Commission has identified four barriers to equal pay:

Extra unpaid work: Women do far more of this than men. When it comes to caring for children or dependent adults, or household chores, women are expected to do the lion’s share. Even where both partners in a heterosexual relationship are working.

Taking career breaks for others: In order to do the above, women are often required to stall their careers.

Discrimination: Throughout their working lives, women are discriminated against. Rather than dealing with the problem, employers often use these symptoms of gender imbalance to justify holding women back from more senior positions. 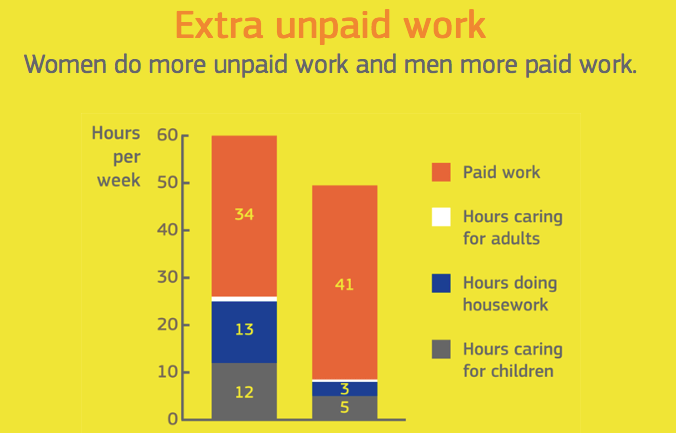 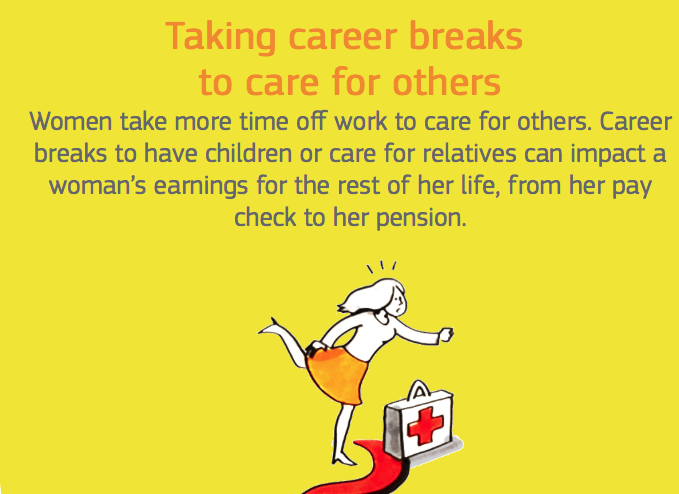 It’s time to close the gender pay gap. And that means closing the gender equality gap at home and at work.

– Learn more about gender inequality at the Fawcett Society.