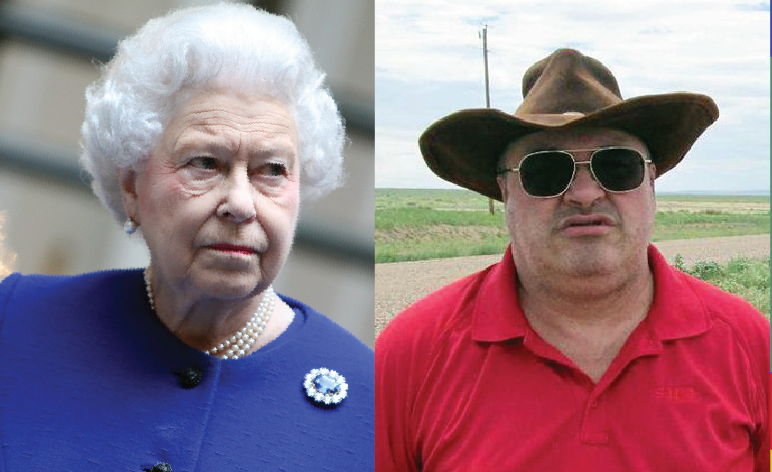 Many British people would like to see an end to the monarchy. But an American named Allan Evans thinks that, if anything, Britain needs more royals. And as such, he is set to claim what (he believes) is rightfully his. Namely, the right to be King of Wales.

Allan claims to be a 10th generation American. His love of Wales developed in 1982 when he visited the country as a child. This love led to an 11-year period of genealogical research. And it was the result of this research that led him to believe he’s the rightful King of Wales.

Allan’s journey has been fraught at times. He claims that an American court which held proof of the claim burnt down in mysterious circumstances. He’s also having to make do with a “small and barely habitable” terraced house while he waits for Penrhyn Castle to be returned to him.

Allan is spending his last days as a commoner drawing up a list of demands. Demands which include the Queen returning the Crown of Llewelyn. And also that the Welsh First Minister, Carwyn Jones, returns the £10,000 he spent seeing the Wales vs England football match at Euro 2016. The penalty for not doing so being that King Allan will have Jones brought up on criminal charges. Because apparently we’ll be giving him all the powers of a dictator, too.

Could it be true?

Allan claims that two genealogists have confirmed his evidence. But these genealogists are unnamed, so unfortunately no one has been able to confirm them. Allan has also said that the regular monarchy and UK government are aware of him. He even claims they’ve asked if Allan wants to be king, or if the honour should go to his father. Allan says that “my father doesn’t seem to have much interest in it”, though. Possibly because the last King of Wales was betrayed and murdered by his own people.

Despite all of the ‘evidence’, many people would argue that no one is entitled to influence, crowns, and castles just because of a fluke of birth. They’d also argue that this logic should be expanded beyond random American interlopers.

We’re looking at you, Queen Liz.

– Find out more about the Queen and her role in society.