While all eyes are on the royals, the government quietly reveals plans to frack England to death - The Canary 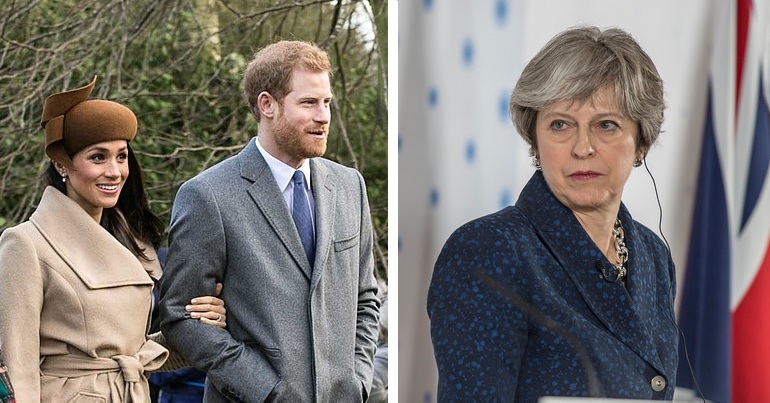 While many people in the UK focused on the royal wedding, the government announced plans to turbo-charge fracking in England.

On 17 May, energy secretary Greg Clark revealed a series of new measures to make sure fracking happens in a timely and easy manner. These include funding councils with £1.6m of taxpayers’ money to ‘help’ them get fracking moving.

As Caroline Lucas pointed out, “this announcement is a green light for climate breakdown”. But look, a wedding!

In his written statement on the new pledges, Clark says fracking is of “national importance”. So he wants mineral planning authorities, such as county councils, to “give great weight to the benefits” of it. And he dictates that these authorities should not “set restrictions or thresholds” to fracking or other mineral extraction in their area.

Clark also lays out what the government is willing to do to ensure companies are able to frack to their hearts’ content across England:

In short, these proposals are a rocket booster for fracking plans in England. As Lucas told The Canary:

Britain’s fracking experiment was on life support, and now the government is trying its best to shock it back into life. The truth is that fracking is a redundant technology that would lock us into climate breakdown, carve up our countryside and put the economy on the wrong track. If we’re serious about building an economy fit for the future we need to reprogramme our energy system to one which harnesses the power of the sun, sea and wind – rather than throwing resources at this failed fracking experiment.

These latest measures utterly undermine the government’s green rhetoric – and show that the Tories simply can’t shake their support for fossil fuel firms.

Fracking, or shale gas extraction, is the process of injecting water into rock to extract shale gas. It is banned to varying extents in some EU countries. The practice carries many potential risks. Contamination of local water supplies is one. Earthquakes are another.

As Naomi Klein pointed out in her book, This Changes Everything, methane emissions linked to shale gas are 30% higher than with natural gas. And she noted that “methane is an extraordinarily dangerous greenhouse gas, thirty-four times more effective at trapping heat than carbon dioxide”.

So at a time when the UN says we’re on course for a catastrophic 3°C rise in temperature by 2100 – wiping many cities from the face of the earth due to higher sea levels – it’s beyond reckless to go full throttle with fracking.

But then, as the Environmental Audit Committee recently revealed, the Conservative government has presided over a “dramatic and worrying collapse” of the clean energy sector. Going in the wrong direction on environmental policy is seemingly par for the course with this government.

These missteps will, however, cost us all dearly in the years ahead. And they will no doubt cost Meghan and Harry too. What a ‘gift’ the government has offered the happy couple as their wedding day approaches. ‘Your eventual children’s future is going to be a lot less bright now. Congratulations!’

– Help fight against fracking with Friends of the Earth.

– Find out more about fracking in your region with Frack Off.