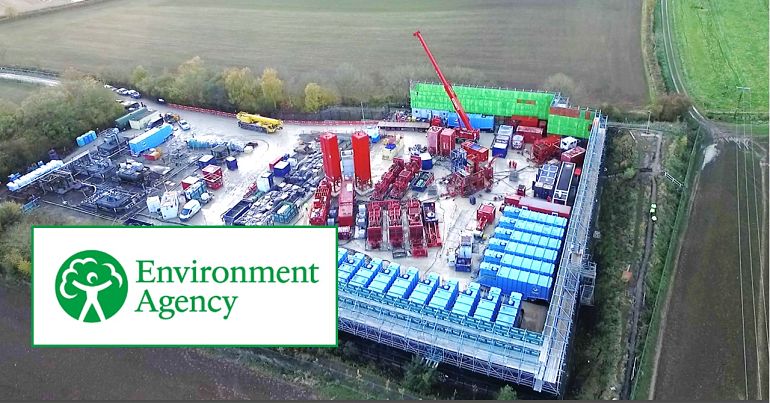 A controversial fracking firm has been caught breaching environmental regulations. And worryingly, it’s not the first time a government agency has reprimanded this company for failings at one of its sites.

The government granted Third Energy a licence to extract shale gas by hydraulic fracturing (fracking) at the KM8 site in the village of Kirby Misperton in North Yorkshire. The county council had granted it planning permission in May 2016. Local residents and Friends of the Earth went to the High Court to challenge the decision in December 2016.

The judge ruled in Third Energy’s favour, and work has been progressing to prepare the site ever since. Meanwhile, residents and campaigners who call themselves ‘protectors’ set up the Kirby Misperton Protection Camp. It aimed to highlight the opposition to fracking that exists in the area.

It’s now been revealed that the Environment Agency has issued Third Energy with a warning for being in breach of environmental permitting regulations.

As the campaigning website spinwatch noticed, an Environment Agency inspection on 19 April found [pdf, p1] Third Energy to be in breach of two areas of regulation: the containment of stored materials, and management system and operating procedures. Specifically, the agency noted that [pdf, p2]:

the temporary bunding was not secure and would not contain the chemicals in event of a spill… the agreed management system had not been followed appropriately and the containment was in a poor state.

‘Bunding’ [pdf, p19] is liquid-proof lining on a fracking site to ensure chemicals do not pollute the surrounding environment. Having bunding in place is typically part of planning regulations for fracking to occur. In Third Energy’s case, the Environment Agency issued [pdf, p2] it with an official warning over the breaches. But Third Energy has been here before.

On 31 January 2017, the agency issued [pdf] Third Energy with a warning over one breach at the nearby Knapton generating station. This was about [pdf, p2] the recording of emissions from the site. Then, on 20 October 2017, it issued [pdf] Third Energy with another warning at Kirby Misperton for two breaches. This time, they involved [pdf, p2-3] not keeping up-to-date management plans on site, and also having inadequate surface water management plans on site.

A spokesperson for Third Energy told The Canary:

In the 23 years that Third Energy has been producing gas and electricity in north Yorkshire, it has never caused a serious Category 1 or Category 2 environmental incident nor has the Environment Agency taken any enforcement action.

During a visit to the KMA well site in April 2018 to observe an operation relating to conventional gas production, as the regulatory body the Environment Agency identified two minor permit non-compliances relating to the KM8 frac[king] project. These were reported as category C3 ‘a non-compliance which could have a minor environmental effect’.

The Environment Agency noted that there was ‘no evidence of a spill or environmental pollution’. The necessary remedial action was started the same day by Third Energy when the Environment Agency was still on site. The general public should be reassured by this evidence of both the rigorous and meticulous nature of the Environment Agency’s inspection regime and their commitment to publishing their work in regard to onshore hydraulic fracturing operations. This includes providing public access to inspection reports and publishing details, including full data sheets, of the chemicals to be used in the operations.

Third Energy has been dogged by controversy during the course of its operations at KM8. Recently, The Canary revealed that the company lost millions of pounds in successive years; owed £44m to its Cayman Islands-registered parent company; did not file its 2016 accounts until 2 February 2018; and at one point was threatened [pdf] by the government with being dissolved.

Reacting to the regulation breaches, a spokesperson for campaign group Frack Free Ryedale told The Canary:

The government keeps insisting that we have so called ‘gold standard’ regulations, yet time and time again in reality we find the opposite to be true.

This isn’t the first breach of regulations that Third Energy have committed. And this on a site they know is under immense scrutiny. What will happen if there are hundreds of sites that the regulators can’t possibly monitor as closely as this?

We have no confidence in this industry whatsoever. The government is ignoring all the bonafide warnings and is just intent on exposing communities to the risks of fracking against their wishes.

Third Energy’s operations in North Yorkshire, even though suspended, are continuing to be dogged by controversy. In many other industries, its repeated regulation breaches, coupled with numerous other controversies, would have given the government real pause for thought. But that doesn’t seem to be the case when it comes to fracking.