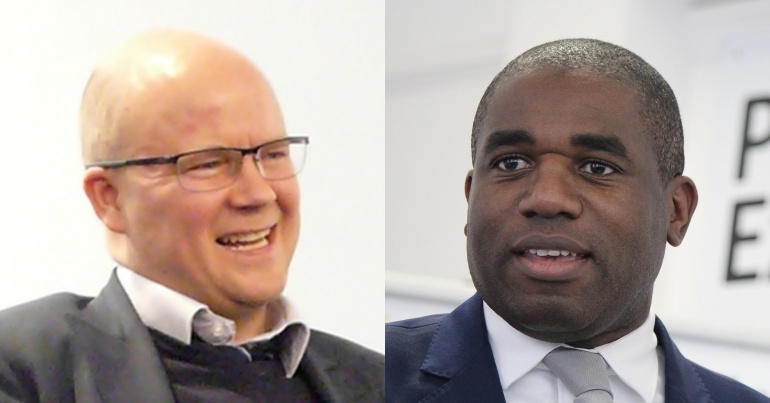 Labour MP David Lammy has slammed Oxford University for its failure to improve student diversity. So Toby Young has waded into the row, claiming Lammy’s “harping on about Oxford’s ‘shameful’ track record” could be to blame. It didn’t end well for Young.

New research has found “that more than one in four” Oxford colleges “failed to admit a single black British student each year between 2015 and 2017”. As the Guardian reported:

Overall, white British applicants were twice as likely to be admitted to undergraduate courses as their black British peers – 24% of the former gained entry and 12% of the latter.

Tottenham MP David Lammy has been raising this point for some time. He used a Freedom of Information (FOI) request in 2016 to ask for ethnicity data from Oxbridge. This revealed that only 1.5% of all offers made went to Black British students. In response, Lammy said:

When new data was released on 23 May, he analysed the findings in detail on Twitter:

My response to Oxford University access data published today. (This thread will be long, and will include facts and figures).

And he needed to call out an Oxford spokesperson on Radio 4:

Can't quite believe my ears listening to @UniofOxford Oxford University spokesperson on @BBCr4today denying that I had to force them to publish data. Do you really want me to publish the emails? I FOI'ed you, you fought me and I then spent 18 months analysing the data. Be honest.

How dare you talk to me in such a condescending manner. “I think he means”. I know full bloody well what I mean thank you very much. I mean what the EVIDENCE tells us. Private school kids 33% more likely to get in than state school kids. White kids twice as likely as black kids. https://t.co/di8XtR6RDt

Oxford apologised to Lammy after retweeting a post that called his criticism “bitter”:

Thank you for now apologising to me publicly @UniofOxford. If you really mean this apology, please can you now focus some of your considerable resources on addressing the systemic and institutional failures in your access work and admissions processes? https://t.co/L68PhL9YCl

But then, self-named education ‘expert’ Young waded in.

In January, Young stepped down from the university watchdog Office for Students. As The Canary reported, Young’s appointment had caused widespread controversy.

But despite this, as an Oxford alumnus, he felt “compelled” to join the debate:

So much virtue-signalling rubbish being spouted about Oxford and admissions (like @peston’s tweet below) I feel compelled to do another thread on it. https://t.co/qcpDQi2qdV

And his ‘expertise’ culminated in pretty much blaming Lammy for inequality at Oxford:

One reason could be (no research on this that I know of) that they're put off by @DavidLammy constantly harping on about Oxford's 'shameful' track record when it comes to admitting black British applicants and accusing it of 'social apartheid'.

However, Lammy was swift to draw Young’s attention to a rather inconvenient truth:

Toby tell us again about that time you got into Oxford because your Dad (a Baron) rang up the College to ask them to let you in because you didn't get the grades? And then come back to talk to me about institutional bias and why white students twice as likely to get in as black. https://t.co/1iVhwjBad3

In response to Young’s comments, Lammy told The Canary:

Putting people off applying by forcing Oxford to publish the data? I’m sure working class, northern and ethnic minority young people are perfectly capable of looking at the data and making their own minds up.

Lammy has raised some vital questions. Young people from state schools achieve higher grades than those from independent and private schools. And figures prove Oxford’s intake doesn’t reflect this:

"But there aren't enough state school students getting the grades!"
Some data from the actual report: #OxfordUniversity pic.twitter.com/tVP7AHbCso

But the latest figures do show ethnic, economic and geographic discrimination. And this comes at a time when it costs young people more than ever to go to university.

And this matters. Because the power-making elite of the UK is filled with Oxbridge graduates:

Oxbridge gets £700 million a year from the taxpayer and the Oxbridge admissions system decides who gets to be the next Cabinet Ministers, newspaper editors, senior civil servants, FTSE CEOs etc. So it does matter to my constituents and to every person in this country, actually. https://t.co/C0tJJN7vTQ

This leads to the question: how will things ever change? Commentary from people like Young reflects so much that is wrong with entrenched class and privilege in the UK. We need to demand a society that celebrates achievement, not one that perpetuates outmoded, racist, and classist discrimination.