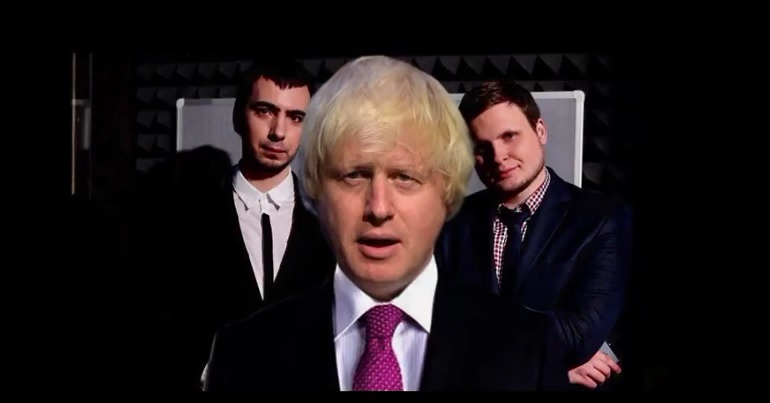 In a prank call, the tricksters told the foreign secretary that Jeremy Corbyn was Russia’s ‘man’ in parliament. They dangled the prospect of getting rid of the Labour leader for good in front of Johnson’s face.

But as the call was horsesh*t, the rogues snatched that chance away from Johnson before he could even scream ‘we knew it!’.

Alexei Stolyarov and Vladimir Kuznetsov pulled the wool over Johnson’s eyes for 18 minutes before he realised they were duping him. The two, known as Lexus and Vovan in the prankster world, pretended to be the Armenian prime minister. Johnson discussed numerous topics with the ‘prime minister’, including the Skripal poisoning and Syria.

Towards the end of the call, however, they brought up the subject of Corbyn.

I’m not sure if I should share this information because I’m not absolutely sure about [it]. As you know, I talked to Mr Putin by telephone and he was quite open. He said that he’s a very powerful man and that even in the UK he has his people at power. He says that he has influenced the leader of the Labour Party, Mr Corbyn.

Really? Well, that, that, er, did he tell you that?

The pranksters said yes and Johnson asked the question again. After a second confirmation, Johnson said:

Did he go into any detail, or did he just say that Jeremy Corbyn was somebody he was able to influence?

The duo then added more detail to their ruse, saying a Russian woman had recently travelled to the UK and paid “the people of Mr Corbyn”. They also offered to press Putin for more information. In response, Johnson told the ‘prime minister’ the information was “extremely interesting”, and thanked him for the “interesting tidbit”.

Unbelievable! You have to listen to this!

Turn on sound and listen as Boris Johnson's ears prick up as Russian pranksters posing as the Armenian PM claim Jeremy Corbyn is working for Putin… this is 15 minutes into the call that he "rumbled quickly"… pic.twitter.com/Py0BUJlldT

The pranksters then started talking about a dodgy poisoning incident. But Johnson ended the call quite abruptly during that revelation – he didn’t wait for the full story.

Clearly by that point, Johnson had an inkling that he’d spent a full 18 minutes discussing sensitive details with pranksters. And it’s no wonder. Because despite the best efforts of Britain’s media, there’s no evidence to suggest that Corbyn is Russia’s stooge, or anyone else’s. In fact, he’s criticised Russia’s government on a number of occasions.

Even the foreign secretary appears to understand that.