The Mirror's apology to Katie Hopkins is absolute gold - Canary 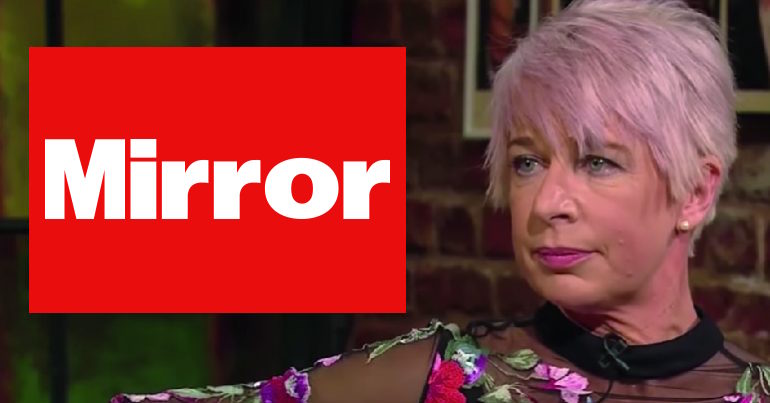 Katie Hopkins has won a ruling after a complaint against the Mirror for its reporting of the events which led to her being “detained” in South Africa. But unfortunately for the former Mail Online columnist, the ruling has only helped to promote the Mirror‘s genius correction to the story:

The Mirror's apology to Katie Hopkins is condescending on a level I genuinely aspire to 👏👏👏 pic.twitter.com/Se5LV26hKD

In February this year, Hopkins tweeted a photo of South African emergency services treating her in the street:

Grateful thanks to the South African emergency services for putting me back together. Leaving it all on the road, to tell the truths not being told. *ketamine 1 / Hopkins 0) pic.twitter.com/NHTjBsrd3v

The right-wing columnist later clarified that the ketamine she’d referred to was “medical ketamine for a serious dislocation”. Shortly afterwards, she was prevented from leaving South Africa for, in her own words, “spreading racial hatred”. She told fans:

At passport control, I’ve been through security and I’ve been detained, my passport has been marked for spreading racial hatred here in South Africa.

Hopkins took exception to the Mirror‘s headline. As the Independent Press Standards Organisation (IPSO) put it, she’d actually been prevented from leaving the country for “spreading racial hatred”:

The complainant said that the headline used to promote the article online was inaccurate: she had not been banned from leaving South Africa because she had taken ketamine. In fact, she had been stopped from leaving the country for spreading racial hatred.

The Mirror denied any significant inaccuracy, but amended its headline and updated the article with its now much celebrated correction:

A previous version of this article suggested that Katie Hopkins was stopped from leaving South Africa because of the consumption of Ketamine. We are happy to clarify that Ms Hopkins was detained for spreading racial hatred, which took place after the Ketamine incident.

IPSO has now upheld Hopkins’ complaint, saying the promotional headline gave “the significantly misleading impression that the reason for the detention had been the consumption of ketamine”. It clarified:

The complainant had been detained in South Africa for spreading racial hatred, not for taking ketamine.

For most people, being accused of “spreading racial hatred” would be about as bad as it gets. But for Hopkins, it’s apparently a defence. In fact, as Press Gazette reports, she’s thanked her supporters “for bringing this to the attention of IPSO” and suggested that the Mirror sends a team “to report on the plight of white farmers” in South Africa.

Thankfully though, some genius at the Mirror is really good at writing corrections that expose Hopkins’ bigotry for exactly what it is.