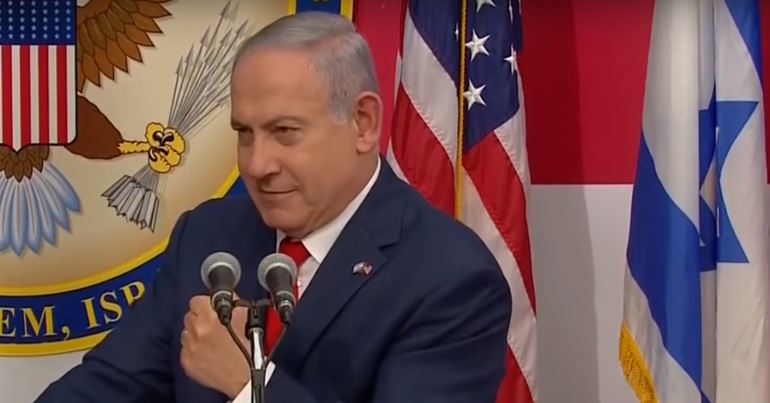 An Israeli human rights lawyer has exposed the oppressive states that joined Israel in celebrating the recent relocation of the US embassy to Jerusalem.

Eitay Mack fights to stop Israel sending military aid to war criminals and regimes that violate human rights. And he wrote in the 972+ magazine on 22 May:

This list of participants is an embarrassing low point for both the Trump administration and the Netanyahu governments’ international influence. Despite the threats of Ambassador Nikki Haley and Trump himself to cut aid to countries that do not support America’s policy in the Middle East, the vast majority of countries were absent from the embassy opening. The government of Israel is once again in need of support from murderous and corrupt regimes, if only to create a veneer of success…

A roll call of repressive allies

Mack was expanding on a previous tweet from Haaretz journalist Noa Landau, which revealed the names of states planning to attend an Israeli Foreign Ministry event in celebration of the US embassy moving to Jerusalem:

Final list of countries confirming their arrival tonight to the Israeli MFA gala in honor of the #USEmbassyJerusalem. Some candidates to transfer embassies as well. Four from the EU (Austria, Hungary, Romania & Czech Republic). New alleged friends like Russia & India – absent pic.twitter.com/VU62fVDfwl

Israeli ties with the majority of countries that attended the ceremony are based on continual Israeli security exports, used for repression, political persecution, murder, rape, and torture.

Mack then explained the record of some of the countries on the attendance list in greater detail, saying:

“A veneer of success”

It really does say a lot when Israel looks to countries like those listed above to give it a “veneer of success”.

But when you consider that Israel has reportedly killed 112 Palestinians – and shot 502 in the head or neck – since 30 March, it makes much more sense.

Israel is simply cosying up to the only people willing to turn a blind eye to its crimes.