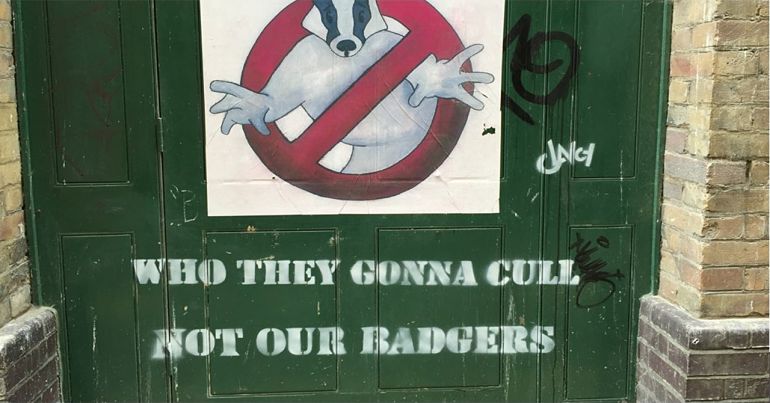 A legal challenge against the government’s plans to expand the badger cull has failed. And the outcome leaves campaigners saying there’s “only one thing” to prevent badgers from losing their lives in the cull: direct action.

The badger cull began in Somerset and Gloucestershire in 2013 and has since occurred yearly. The government says it’s part of a strategy to reduce the spread of bovine tuberculosis (bTB). Culling has expanded across England with 19 areas licensed in 2017. And the Department for Food, Environment and Rural Affairs (Defra) caused a further stir in May when it slipped out news that culling will now be allowed in areas at low risk of bTB.

Authorisation for supplementary “control”, which licenses culls in Somerset and Gloucestershire for the next five years, was first approved in 2017. Ecologist Tom Langton challenged this on two grounds. Firstly, that Natural England – the body issuing licences – carried out incorrect habitat regulation assessments. These are required for any activity that might impact wildlife in protected areas, for example a Site of Special Scientific Interest (SSSI).

Secondly, that wrongful interpretation of results from randomised badger culling trials led to additional licences granted in 2016/17. As a result, licences for low-risk areas were approved “without any scientific justification, proper consultation or adequate environmental assessments”.

The case, brought by Langton and backed by an alliance of groups and individuals called The Badger Crowd, was heard at the Royal Courts of Justice between 9 and 12 July. But the results, announced on 15 August, were disappointing for campaigners. Justice Cranston, rejecting the challenge, said Defra’s consultation was “unimpressive” but:

does not meet the high threshold of being so clearly and radically wrong as to render it procedurally unfair and thus unlawful.

The Badger Crowd said it was “disappointed” at the result but has vowed to fight on.

Although this legal challenge has failed, activists are undeterred. Stop the Cull, which has been at the forefront of fighting the cull since it began, said:

The only thing that can save badgers now is direct action.

And the Hunt Saboteurs Association echoed these thoughts:

There’s only one thing that’s going to save the lives of badgers living in the cull zones: direct action.

Contact @B_A_Network or your nearest hunt saboteur group to see what you can dohttps://t.co/vmMGfD0wwx

Until the cull is ended, tens of thousands of badgers will die each year for very dubious reasons. But until it ends, direct action can prevent many badgers from dying. And you can help.

– Contact Stop the Cull, Badger Action Network or the Hunt Saboteurs Association for more information on how to help.

– Read more at The Canary about the badger cull.