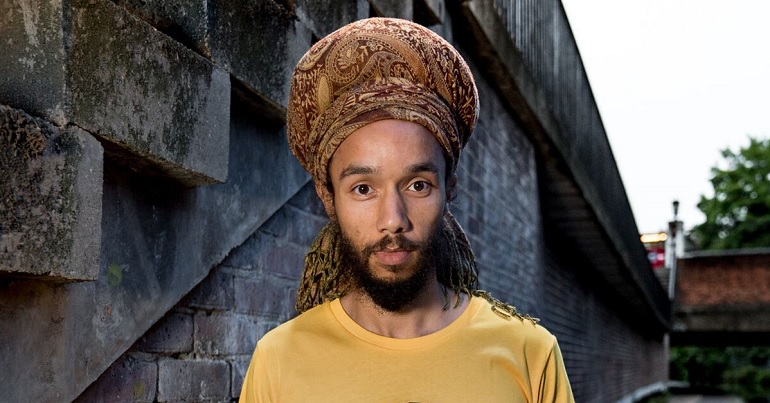 A groundbreaking musician has returned to the scene with a tenth anniversary reworking of his seminal album. But it’s much more than a revisit, because he’s also redefining himself as an artist.

Natty (real name Alexander Modiano) was originally born in San Francisco, but moved to London aged just one. After gigging, working and doing open mic nights in his early twenties, he finally released his first single, July, in 2008. This was promptly followed by Man Like I, his debut album, which made the top 20 of the UK album charts.

Man Like I was a triumph for numerous reasons, not least because of its eclectic mix of genres which showcased Natty’s ethnic and cultural heritage. As Pete Lewis wrote for Blues and Soul:

His musical eclecticism of today meanwhile reflects the differing tastes of his parents. His white father, being English of Italian descent, loved the classic folk music of Neil Young and Bob Dylan. While his black mother – being from Southern Africa – was very into Motown, Al Green, Sixties Jamaican music and Afro-Beat. Meanwhile, Natty`s early teen years spent creating hip hop beats for rapping mates in his bedroom would later gave him the confidence – upon leaving school – to blag his way into a job in premier-league recording-studio Sphere in Battersea. 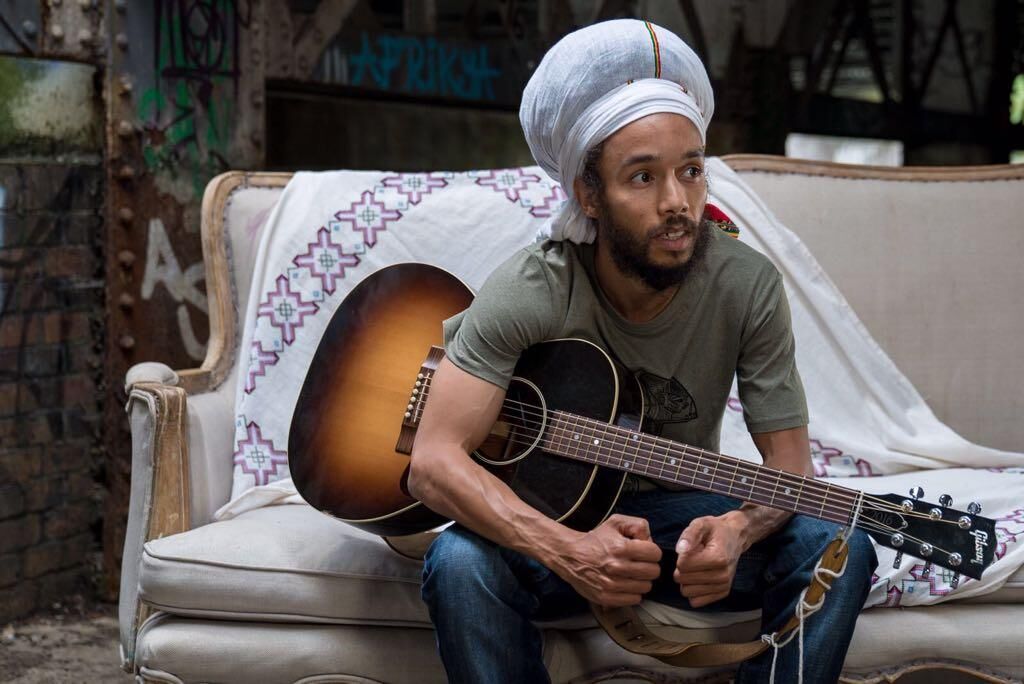 Now, ten years on from its release, Natty is revisiting Man Like I with some reworking, new tracks and a tour. So The Canary caught up with him, to discuss being a ‘man like I’, capitalism, and the current resurgence of music that actually means something.

The new album is called Man Like I and I… (X) and it’s released via Bob Marley’s legendary label Tuff Gong. A limited edition double-vinyl collectors’ package will be available as well as digital versions, and various collectors’ packages are available via the fan-based crowdfunding site Pledge Music.

Disc one is a remastered version of the original Man Like I album, never before released on vinyl. For disc two, Natty has written and produced four new tracks, which reflect the journey so far, before returning to re-worked versions of five originals.

The first track to drop from the album is a reimagining of one of its original songs – Coloured Souls, but with an ‘X‘ at the end.

The slightly slowed, reworked Coloured Souls X is somewhat different from the original. Natty’s background vocal has been replaced and embellished by the lilting, soulful tones of Maverick Sabre, whose rich voice adds depth to the ‘X‘ reworking. The new production is more complex than the raw original, with additional use of synths and samples. The introduction of a Hammond organ into the piece adds to the move away from the original’s African/folk influences into a more soulful area. Also, playing the two tracks side by side, you notice how Natty’s own tone has matured and become more rounded – giving the whole experience more depth.

But what’s so striking about Coloured Souls X is that lyrically it’s just as relevant today as it was in 2008. The song deals with the disenfranchisement facing young people, and also how society views them. As Natty muses on the track [from 1:03-1:30 and 2:00-2:27]:

Sometimes we jump the train fare, to get to where were going;

Sometimes we’re hooded up and so you hear the sirens start blowing;

Get locked up, or knock your girl up just to find a place to stay;

House prices rising, wages stay the same as how it is today…

Sometime we reminisce about our school days when we were carefree;

Cause thirteen grand a year means you’re left with nothing but worry;

So we smoke away our problems

Or we drink until the sun comes up.

Why does it always feel like all we’ve got

Is waiting for our numbers to come out?

The curse of capitalism

What hasn’t of course changed since 2008 is the effect of capitalism on society. If anything, after the 2008 financial crisis it has become more rabid, with an austerity programme at the heart of successive UK governments’ mantras. Many of the issues Natty discusses on the original and now Man Like I and I… (X) – from crime to youth disenfranchisement – can arguably be traced back to the political and economic system we live under. But Natty believes the ills of capitalism run deeper than that. He told The Canary:

Capitalism is one of the roots of this tree, but fundamentally this is a system created by people, so it’s only the people that can make it better or worse. Before the industrial revolution, production was based on who you conquered and enslaved. So it’s no coincidence that capitalism itself is a descendant of conquering and enslavement combined with mercantilism. Essentially, it comes down to the greed and power of a few. The themes I talk about in my music are essentially about people; that’s my main driving force. Raising the conscious vibration through music is one of the many ways we can see beyond the constraints of the system (or ‘shitstem’, to quote Peter Tosh). 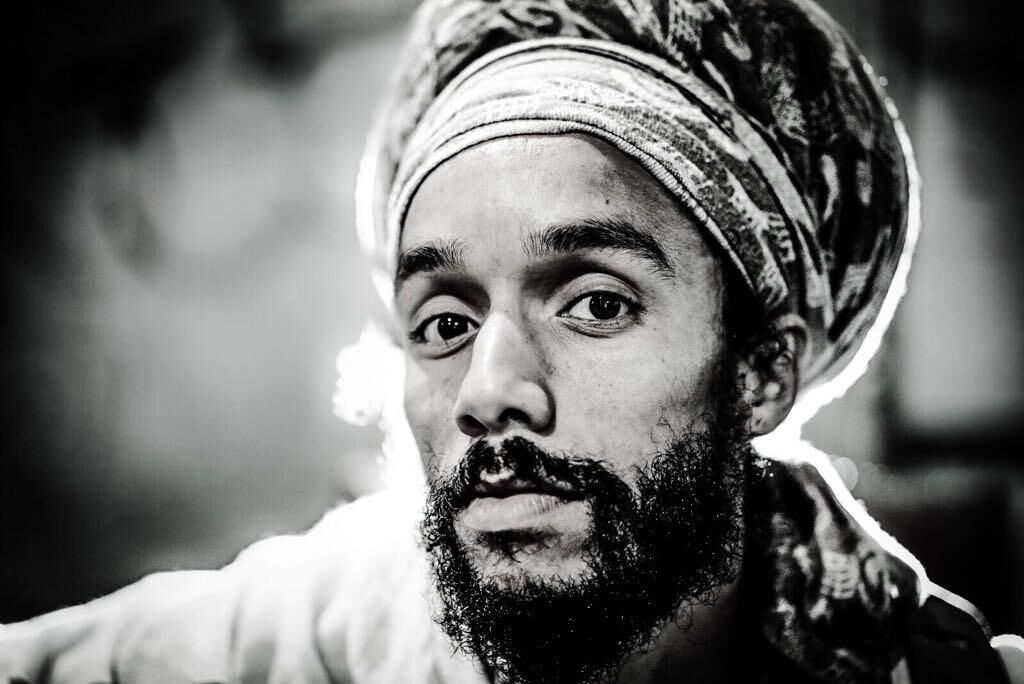 Indeed, much of Man Like I and I… (X) deals with how the system treats people on the lowest rungs of its ladder. One of the most pertinent issues Natty confronts on the album (which is out on 5 October) is that of the Windrush scandal. He told The Canary that, much like capitalism, he believes it is as much about people as it is the system:

I think the system is set up in a way that it is inherently racist and classist. Therefore this type of system error should not have even been allowed to take place if it had treated these people with respect in the first place. They were mainly skilled workers invited over here under an illusion of what seems to me like an exaggeration of what to expect on arrival, and then treated as second class citizens. Furthermore I don’t believe it is a systems problem, it screams of negligence based on a racist, classist system.

It’s this searing political and social commentary which stands Natty out from some of the crowd in modern music. But in contrast, especially on the reggae scene, politically-driven music is actually having a resurgence.

The eclectic sounds of Man Like I and I… (X) put Natty firmly with his conscious contemporaries. Roots/revival reggae artists like Kabaka Pyramid and Protoje are leading the charge when it comes to mixing genres to often groundbreaking affect. Note Pyramid’s debut Kontraband veers between styles – from the modern Afrobeat/RnB sounds on Kaught Up to the old-school dancehall breaks of Reggae Music. He travels on this musical journey via brief stops at subtle Ibiza/Iberian chillout influences on Africans Arise and Natural Woman. He even ends up at a full-on, chart-friendly RnB collaboration, All I Need. But Kontraband remains grounded in reggae and hip hop.

Natty laughed when The Canary asked him if he thought this breaking down of musical genre walls was the future of conscious music:

Hahaha, I hope so! I just have to stay true to myself and include whatever I like into the music. How I grew up was not in a specific musical culture; as a musician London is very inspiring, so naturally I like to mix it up. Music can be a healing, so the melody and rhythms all gotta keep within the vibe of the initial creation, not be restricted to cultural or musical ‘rules.’

But what is a constant throughout Natty’s music is his drive for what he sees as his truth. He said of the original and now the reworked versions of the album:

Man Like I meant a lot to a lot of people. In essence, this project is tribute to them. The original was recorded in two weeks, so some of the tracks didn’t have enough time to breathe. After a decade of reflection and growth, this felt like the perfect time to delve deeper, explore and evolve the tracks that launched my career.

Man Like I and I… (X) features four new tracks – One People, Soul Flame, Where The Answer and Travelling Man. On top of this, Natty collaborates with some artistic heavyweights on the album, including author and poet Benjamin Zephaniah, musician Seun Kuti, and members of Palestinian/Jordanian band 47SOUL.

Natty then has a tour with his resident band The Rebelship to celebrate the release of Man Like I and I… (X): 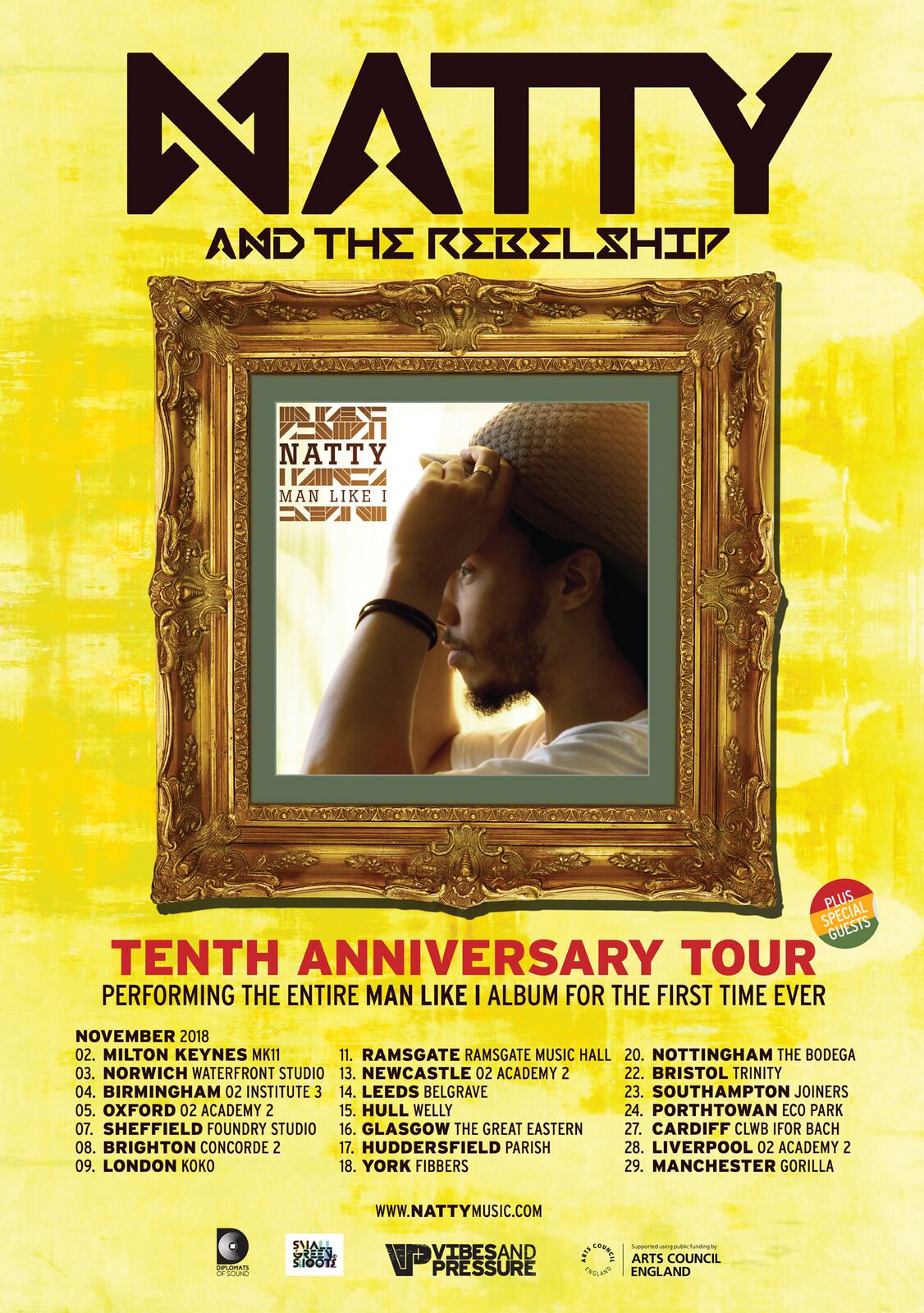 In these times of political turmoil, Natty is a shining example in a current resurgence of conscious art. From political theatre and film to photography and satire via grime, politically and socially challenging art is experiencing a renaissance. Natty believes this power is almost “impossible to quantify”. He told The Canary:

I think all the arts play an important role in shaping the society we live in. Just as the society we live in shapes a lot of the art. So naturally a backlash of conscious output was coming, because people are tired of being spoon-fed soulless art. In terms of music I believe this can potentially be the most powerful. Music helped make me the man I am today, and I think it would be the same if I wasn’t a musician.

The power of music and vibrational frequency is almost impossible to quantify. But I have seen with my eyes the power of music, including a man who can’t walk getting up from a wheelchair to dance… So as well as shifting mindsets through conscious lyrics we can also shift feeling through conscious melody and rhythm pattern. For me music will always be my chosen weapon of love and healing as it has the power to make a huge difference in society.

Natty is a powerhouse of genre-dismantling, political and social music. With his welcome return to prominence already underway, the rest of 2018 looks set to be an exciting one for this multi-talented artist from London. He, and Man Like I and I… (X) are both ones to watch for the rest of this year.

– Find out more about Natty, book tour tickets and grab some exclusive merchandise via Pledge.