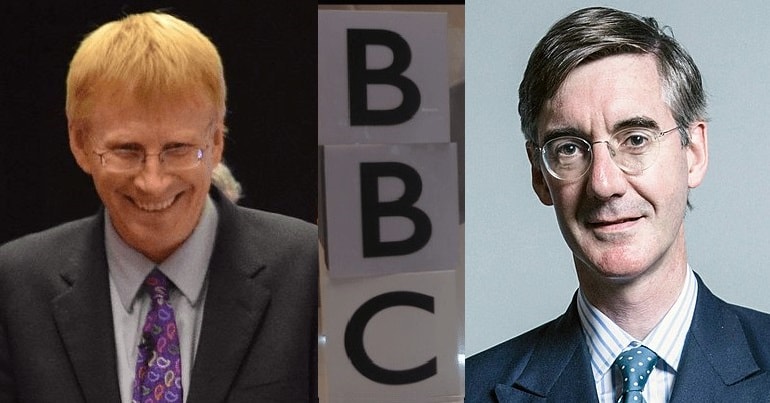 Well that was quick. I’ve been sacked by @bbcrb for announcing my intention to stand for @NHAparty against @Jacob_Rees_Mogg. Thanks @thinktwink @RMegi, the loyal listeners & the fabulous team at Dr Phil’s Saturday Surgery. It’s been a hugely enjoyable 12 years.

The news came shortly after Hammond announced plans to stand for the National Health Action (NHA) party at the next election in his home constituency of North East Somerset. Potential future Conservative leader Rees-Mogg currently holds the seat.

On policy, the NHA party wants to restore the NHS as a fully public service. But the party also has a broader manifesto on education, housing, and other areas.

The doctor and comedian said he’s “very sad and a little puzzled” at the BBC‘s decision. Explaining itself, the BBC told The Canary:

Impartiality is at the heart of our journalism. Active political involvement is an area covered by our editorial guidelines. Standing as a candidate in an election is a conflict of interest and someone seeking election is unable to continue in this type of editorial role.

What’s clear is that the BBC editorial guidelines are open to interpretation. There is a procedure in place for BBC employees running for office:

However, the guidelines also say:

It is unlikely that they will be able to undertake high level or high profile programme responsibilities from then until the election, unless they fail to be selected or withdraw their proposed candidacy.

BBC Radio Bristol sacked Hammond. But there are many instances of high-profile BBC figures playing loose with the guidelines, without any apparent consequences.

Flagship BBC presenter Andrew Neil has hundreds of thousands of Twitter followers thanks to his job at the public broadcaster. Neil, who also chairs the conservative Spectator, uses the platform to spread conspiracy theories about climate change, ridicule Jeremy Corbyn, and promote “a relentless sympathy for Brexit and denunciation of its critics”. At the same time as presenting Daily Politics, Neil has also delivered speeches championing neoliberal capitalist figurehead Friedrich Hayek and fuelling the ongoing smear campaign against Corbyn.

Yet the BBC guidelines on conflict of interest suggest considering whether a staff member is, among other things:

It may be right that the BBC sacked Hammond. But it seems progressives have to hold themselves to higher standards than pro-establishment right-wing figures at the BBC. As Owen Jones notes, you cannot imagine a left-wing equivalent of Andrew Neil promoting socialism, Corbyn, and honouring Friedrich Engels without any consequences. But perhaps you can imagine a right-wing equivalent of Hammond keeping his BBC job until the election.