New figures show that Jeremy Corbyn's Labour is soaring, while the Tories are a 'zombie party' - The Canary 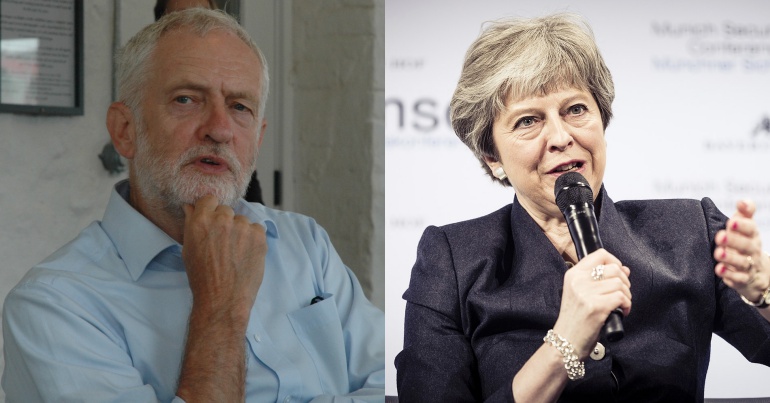 Since parliament went into recess, smears against Jeremy Corbyn haven’t stopped. But the latest party funding figures will be heartening news for Labour supporters – and grim reading for Theresa May’s party, which columnist Owen Jones has called “an actual zombie party”.

New figures from the Electoral Commission revealed that, in 2017, the Labour Party raised nearly £10m more than the Conservative Party:

But while May’s party coffers have slumped, the figures reveal something else too. As well as experiencing a significant drop in income – in the same year May slashed the Conservative majority in a snap general election – the Conservatives seem to have a dwindling support base. Because the party now earns more from dead supporters than it does from the living.

As the political editor of Business Insider wrote:

Last year the Conservatives made twice as much money from dead supporters as they did from living members. pic.twitter.com/ztySSDT8CU

The Conservative Party received nearly £1.7m from legacies and wills, compared with £835,000 in subscription fees from its 124,000 members registered in 2017. The party insists that this is because most of its income goes to local associations rather than the central party. But Conservative funds are still down.

The Tories are an actual zombie party. https://t.co/xuiOplb6Fi

In contrast, membership fees for Labour surged to £16m:

buried in the Electoral Commission figures is fact that Tory party's income from membership has slumped from £1.46m to £835,000 in a year, for some reason…..compares to Labour getting £16m from membership subscriptions, up from £14m the previous year

So not only is Labour now “Britain’s richest party”, but since Corbyn was elected as Labour leader in 2015, membership has grown from 190,000 Labour members to 552,000. It’s anticipated this may now be higher, but new figures won’t be released until the party conference in September.

The news is truly grim for the Tories. Not only is it trailing behind in terms of income and members, but part of Corbyn’s success has been activating support from younger voters.

As a YouGov survey revealed, demographics are changing and “age is the new class” when it comes to party support. In 2017, Labour was 19% ahead with 18-to-24-year-old voters, while the Conservatives had a 49% lead among the over 65s. But analysis showed a strong correlation for Labour winning seats in areas of high turnout from young people. In the 2017 election, a ‘youthquake’ did increase Labour’s vote.

Meanwhile, the Tories seem totally out of touch with young people:

Their dead contributors include Murdoch. Their demographic is dying. Their idea of youth is Rees Mogg or these creepy Spectator commentators who look like him. Farage is back for their racist vote. The scorched earth policy makes sense. This is their farewell tour.

In contrast, support for Corbyn among young people has grown organically – often powered through social media. In the 2017 election, Corbyn memes and hashtags like #seshthevote went viral. The #GrimeforCorbyn movement saw artists like Stormzy connect to empower young voters. Artist AJ Tracey spoke out about homelessness. JME met with Corbyn to explain “why bare of us don’t vote”.

And it hasn’t stopped.

Support for Corbyn is still surging across social media. And in August, as The Canary reported, over 18,000 people chanted “Oh Jeremy Corbyn” at a festival in Cornwall:

So not only has Labour grown financially, but its membership is rising, and support from young people is strong.

This stands in clear contrast to May’s party. The Conservatives are a party in decline and, as each day passes, they look more like the walking dead.

Featured images via author’s own and Kuhlmann / MSC – Wikimedia