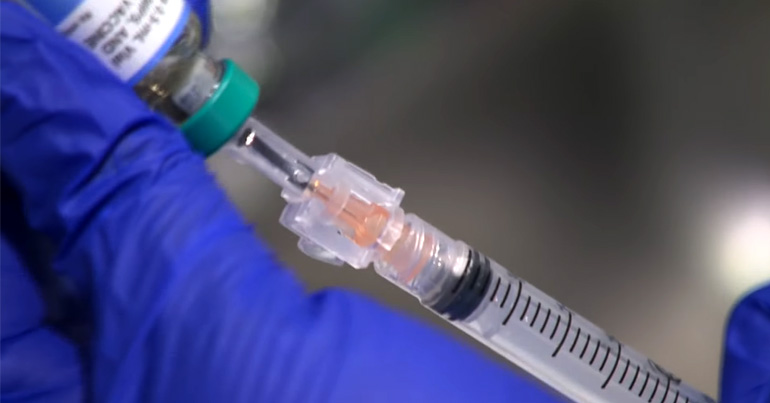 Public Health England has confirmed Manchester has a measles outbreak. And it urged parents to follow through with full measles vaccinations in children. The news comes after UNICEF also warned of an “alarming” surge in measles cases across the world.

Facebook meanwhile has finally announced it will take action to stop the spread of “vaccine misinformation”.

There have been 32 cases of measles across Greater Manchester so far in 2019. Kristina Poole of Public Health England North West said the “the majority of the cases are in unvaccinated children”. Measles was recorded in the region 144 times in 2018 and 127 times in 2017. There have been outbreaks in other UK cities since October 2017, linked to cases in Europe.

We have a safe, effective and inexpensive vaccine against a highly contagious disease – a vaccine that has saved almost a million lives every year over the last two decades… lack of action today will have disastrous consequences for children tomorrow.

And Poole mirrored this call for people in Manchester. She said that the virus can “spread rapidly” amongst communities when people aren’t fully vaccinated.

The World Health Organisation (WHO) listed “vaccine hesitancy” in its Ten threats to global health in 2019. The WHO specifically mentioned measles as one such example. And it said that while “reasons why people choose not to vaccinate are complex”, it has led to countries close to eliminating measles now experiencing a comeback.

This is true of the UK. The WHO said in September 2017 that the UK had eliminated measles for the first time. This meant that, while it still existed in the country, the virus wasn’t able to spread. But in 2018, the UK experienced outbreaks again.

A report by the Royal Society for Public Health in January singled out social media as a leading reason for vaccine hesitancy. The society said more than half of new parents in the UK had been exposed to ‘anti-vaxxer‘ information online. There was frequently “misleading information and negative messaging” about vaccinations. One such notable example is the claim that MMR causes autism. But this has been disproved by numerous studies, including one published on 4 March.

Facebook and YouTube have been highlighted as culprits in allowing this information to spread. The Guardian said anti-vaxxer propaganda “dominated” searches for vaccine information on Facebook.

On 8 March, Facebook announced plans to tackle “vaccine misinformation”. Vice president of global policy management Monika Bickert said the company will reduce the reach of pages, groups and ads across Facebook and Instagram. It will also look at ways of sharing accurate information. However, Facebook stopped short of saying it would get rid of such information.

Anti-vaxxers are not the only reason for exploding infection rates across the UK and globally. As postdoctoral researcher into vaccines Samatha Vanderslott said:

The serious downside of so much attention paid to anti-vaxxers is that other issues remain hidden… Less popular topics include those of poverty and exclusion, along with inadequate supply of and access to vaccine services, both on a global and a local level.

On the other hand, the role of herd immunity in preventing outbreaks can’t be understated. It helps those unable to take the vaccine, such as very young children and vulnerable adults. Essential vaccinations are free and widely available in the UK. Ignoring them puts us all in danger.