On day one, 75% of Britons put Boris Johnson's devotion to the people's 'will' to the ultimate test - Canary 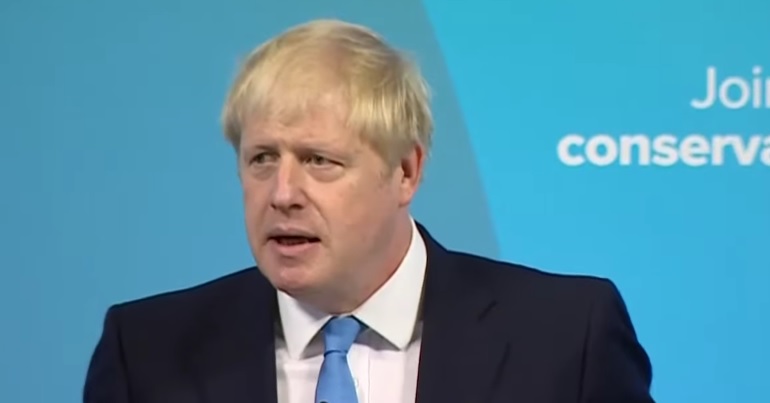 On day one of his elevation to Tory leader, 75% of Britons put Boris Johnson’s commitment to the ‘will of the people’ to the test.

The Campaign to Ban Trophy Hunting (CBTH) released a poll as results of the leadership battle came in that showed the vast majority of Britons want a ban of the import of hunting ‘trophies’. Johnson vowed to be the person intent on delivering the ‘people’s will’ on Brexit, come hell or high water, during the campaign.

If he truly is a leader who nails his colours to the mast of popular will, banning hunting trophies should be a no-brainer.

Knock it off immediately

The UK is one of the “deadly dozen” countries that have all seen their hunters take over 1,000 elephant ‘trophies’ and bring home more than a ton of ivory since the 1980s. It also has a top position on a hunting ‘league table’ for the amount of ‘factory-farmed’ lions UK trophy hunters have killed in ‘canned’ hunts in South Africa.

But CBTH’s poll shows that most Britons want the government to step in and force hunters to knock that off immediately. Carried out by Survation on 16 and 17 July, the poll asked:

Trophy hunting is the hunting of wild animals such as lions. Currently the UK Government says that it allows import permits for animal trophies if they believe that there has been no detrimental effect on endangered species.

Some wildlife conservation and animal welfare charities believe that trophy hunting is cruel and is worsening the conservation status of some endangered wildlife. These groups want the UK Government to ban hunters from bringing back animal trophies from these hunts into the UK.

To what extent do you support or oppose a ban on trophy hunters bringing back hunting trophies of wild animals to the U.K.?

63% of the 1,013 people who responded strongly supported a ban, while 12% somewhat supported it. That’s a display of 75% support for a ban of some kind. Furthermore, that figure rises to 84% when you exclude those who answered don’t know or “neither” support nor oppose a ban. Only 15% of people opposed a ban to any extent.

Get on with it

Clearly, Britons overwhelmingly want the government to take action on the issue. But the Conservative government has been dragging its heels over a ban on lion trophy imports in particular since 2017.

Most recently, environment secretary Michael Gove made a big display of vowing to “issue a call for evidence” on the practice. However, he’s already received an abundance of evidence from campaign groups and his own Conservative MPs which could have prompted him to action. Even hunting groups have urged him to crack down on the imports of trophies from ‘canned’ hunting – where hunters shoot drugged, caged lions. Yet still, Gove’s done sweet FA. As CBTH’s founder, Eduardo Gonçalves said:

A massive majority of Britons want to ban body parts of animals killed by hunters for fun. We are a nation of animal lovers. Trophy hunting is a despicable so-called ‘sport’. People are genuinely shocked that it still goes on, and they want it to end immediately.

The government should put a stop to this evil trade now. Michael Gove has been making positive noises of late – but what people want is decisive action.

British trophy hunters are killing some of the most endangered animals in the world, and the government is giving them permits to do it… This is criminal and utterly irresponsible.

While Gove has shown himself to be less than decisive on the issue, there appears to be some hope in the conservation community that, under Johnson, the government could step up to the plate. The new PM’s father, Stanley Johnson, is among those campaigning for a ban.

Labour, for its part, pledged to “clamp down” on the practice by ending the imports of ‘trophies’ of critically endangered wild animals – eventually expanding that to endangered species – in its 2017 manifesto. Jeremy Corbyn also signed an open letter calling for a ban lion trophy imports and told CBTH:

So if Johnson doesn’t deliver the will of the people by banning trophy imports, there’s certainly a PM-in-waiting who claims he will.