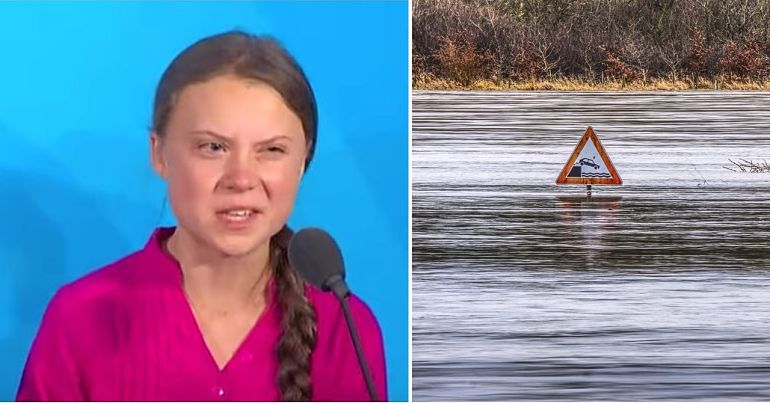 On 23 September, Greta Thunberg gave a passionate speech at the UN. The 16-year-old made clear yet again that it shouldn’t be up to her to keep sounding the alarm, but that adults and leaders have failed.

“Entire ecosystems are collapsing,” she said, her voice shaking. “We are in the beginning of a mass extinction, and all you can talk about is money and fairy tales of eternal economic growth. How dare you!”

Later, Thunberg was caught on camera appearing to glare pointedly at US president Donald Trump as he entered the room.

All this seemed to be too much to take for Trump, who sought to downplay Thunberg’s message with a sarcastic tweet. And Trump cheerleader Fox News host Laura Ingraham tried to paint Thunberg as brainwashed. However, even Fox felt the need to apologise after talking head Michael Knowles called Thunberg “mentally ill”. Knowles claimed his point was that Thunberg was being exploited. But his diatribe was full of phrases like “climate hysteria” and “religious rituals” as he attempted to make the discussion about beliefs rather than facts.

Thunberg pointed out that many of the attacks on her focused on issues such as her appearance. She suggested this was because her critics “are so desperate not to talk about the climate and ecological crisis”.

Indeed, there seems to be a constant stream of noise levelled at Thunberg. DeSmog’s Mat Hope has claimed this can be connected to a web of right-wing interest groups. This web also intersects with the so-called ‘Tufton Street Gang’ now felt to be at the heart of the UK government. Hope links these networks, which typically lobby against environmental regulations and in favour of Brexit, to the fossil-fuel industry.

She’s telling the truth, you know

Thunberg’s message, that the planet is on the road to ruin, is not new. Many scientists have been saying as much for decades. But the evidence is getting stronger, it seems, with each new set of data.

The UN’s Intergovernmental Panel on Climate Change (IPCC) has released its latest set of forecasts for “The Ocean and Cryosphere”. The “cryosphere” basically means the frozen bits. It includes “snow cover, glaciers, ice sheets, ice shelves, icebergs, sea ice, lake ice, river ice, permafrost, and seasonally frozen ground”. The report examines the impact of different levels of greenhouse gases on the warming of the planet and how that will affect both sea water and frozen water. The forecasts are alarming.

As the New Scientist summarises, “extreme sea level events that used to happen once a century will occur every year in many parts of the world by the middle of the century”. The worst-case scenario prediction for sea level rise by 2100 is already 10cm higher than it was six years ago, at an average of 84cm. The worst-case predictions look at what could happen “in the absence of policies to combat climate change, leading to continued and sustained growth in atmospheric greenhouse gas concentrations”. The report also includes best-case predictions, based on “a low greenhouse gas emission, high mitigation future”. But even in this scenario, global sea level could still rise by 43cm by 2100 (and the report estimates that a billion people will live in the “low-lying coastal zone” by 2050).

Nerilie Abram from the Australian National University suggests that whether or not humans are able to adapt to such changes depends on which scenario we face:

If we are able to take action to dramatically reduce greenhouse gas emissions we can limit how much these parts of the climate system will change in the future, and the impacts on people and ecosystems.

But if we don’t make drastic changes, she says, it will be “very difficult” to adapt.

The stakes for humanity couldn’t be higher. The situation is also potentially dire for other life. Increased ocean temperatures mean sea water isn’t mixing as much as it should. This is limiting the availability of oxygen and nutrients and could devastate marine food webs.

Thunberg isn’t making it up when she says we’re “in the beginning of a mass extinction”. She’s no puppet. She’s simply telling the truth as best as we can understand it. And while she’s right that she shouldn’t have to speak up, thank goodness she is. Let’s all at least listen and stand alongside her.