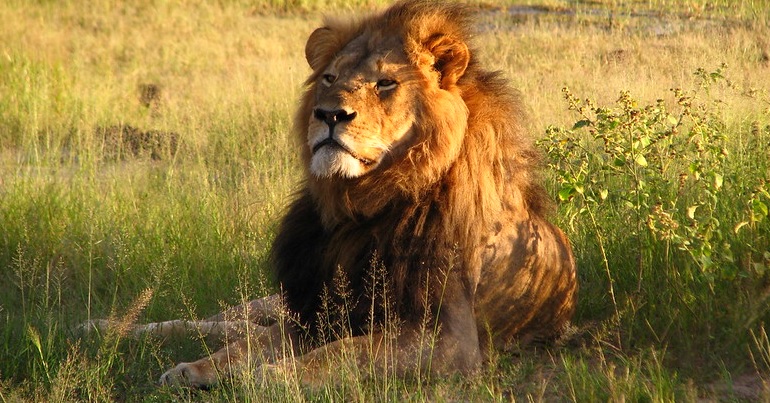 Conservationists have published an open letter in Science magazine that essentially makes the case for banning trophy hunting imports. It says such bans, like the UK is currently considering, will create an “opening for change”.

The letter follows a previous one from conservationists in the same magazine in August. As The Canary reported at the time, it argued against bans, saying trophy hunting has a positive impact on conservation.

The new letter’s authors wrote it in response to this earlier letter, and offer a robust challenge to its assertions.

Who’s behind the letters?

Science magazine published the letter, along with five others on the same issue, on 25 October. In a press release, its authors explain that they “come from across the globe and work in high biodiversity countries”. The lead author is Dr Katarzyna Nowak, a conservation biologist who is a fellow at the Safina Center. It describes itself as an organisation which creates:

a body of scientific and creative works that advance the conservation of wildlife and the environment, and give a voice to nature.

The letter’s authors also say that:

Despite pressure in some regions not to comment on trophy hunting, 71 signatories supported the letter.

The lead author for the prior letter in Science was Dr Amy Dickman, who is a research fellow at the Wildlife Conservation Research Unit (WildCru). This is part of the University of Oxford’s Department of Zoology. That letter had 133 signatories. As The Canary previously reported, two of those signatories work for or advise Conservation Force – a trophy hunting advocacy group which has charitable status and claims to contribute “over one million dollars each year for on the ground conservation in range countries”.

Poorly managed trophy hunting can cause local population declines… but unless better land-use alternatives exist, hunting reforms—which have proved effective… should be prioritized over bans.

The response letter, however, asserts that:

It is defeatist to defend business-as-usual instead of promoting alternative conservation activities that could sustain formerly trophy-hunted species and areas.

It also speaks to the claim in Dickman’s letter that trophy hunting provides income for “marginalized and impoverished rural communities”. Nowak’s letter says the income from trophy hunting:

yields low returns at household levels, with only a fraction of generated income reaching local communities.

fails to deliver demonstrable conservation outcomes and can intersect with crime. It also siphons off wildlife from adjacent protected areas, reduces population connectivity and resilience, and can have genetic consequences such as reductions in body, horn, and/or tusk size.

It also asserts that the effect of hunting “on wildlife demography and behavior can be profound”. The letter uses a variety of sources to back these claims, such as a report from an NGO focused on the trade in wildlife and various studies, including from the researcher who studied Cecil the Lion, Andrew Loveridge.

In contrast, Dickman’s letter says that:

Positive population impacts of well-regulated hunting have been demonstrated for many species, including rhinos, markhor, argali, bighorn sheep, and many African ungulates.

The letter arguing for continued hunting uses the International Union for the Conservation of Nature’s (IUCN) briefing paper on trophy hunting as its source for this. This briefing paper makes the argument that “well-managed” hunting can “positively contribute” to conservation, and lists examples to support that claim. But as The Canary reported recently, there is a “battle” at the wildlife watchdog over trophy hunting.

A 2017 report, which has received renewed interest recently, by the IUCN’s World Commission on Environmental Law (WCEL) Ethics Specialist Group (ESG) explored whether admitting pro- and anti-trophy hunting groups as members of the IUCN – which it currently does – aligns with its ethical position. The WCEL ESG concluded:

The critical question is whether trophy hunting as it is practiced by individuals and promoted by certain hunting organizations may be consistent with IUCN’s general objectives… This is clearly not the case.

The response letter highlights a number of possible ‘opportunities’ that ending trophy hunting would open up. Land-use reforms, greater participatory stewardship, and co-management can “provide a more sustainable, resilient, and equitable system”, it says. It also argues that:

Furthermore, it says reforms to tourism could “invigorate” the industry. Dickman’s letter raised photo-tourism as an alternative too, but said “many hunting areas are too remote or unappealing” to provide comparable income to trophy hunting. Nowak’s letter speaks to this by stressing that:

It also says “financial strategies” can be devised to provide income in the absence of hunting. It raises “carbon and biodiversity credits” as an example. These are effectively ways of incentivising communities to conserve the natural world, part of what’s known as Payment for Ecological Services (PES schemes).

Science gave Dickman and her fellow authors the opportunity to comment on the response letter. They said:

Essentially, they argue that alternatives have to specifically require the “presence” of species in order to protect them. In trophy hunting, the presence of animals is required for hunters to kill them.

It also took issue with the suggestion that agritourism can be viewed as one of the alternatives. They say agritourism – where tourism is linked with agriculture – “fundamentally and by definition depends on land conversion”. In response, Ross Harvey (one of the co-authors of Nowak’s letter) told The Canary:

I think they miss the point entirely, which is that agritourism, as I understand it, is a means of combining conservation-compatible agriculture with wilderness landscapes (normally in buffer zones), where the crops grown are simultaneously sold to lodges and used to reduce human and wildlife conflict. It’s all about proper land-use planning rather than unthinkingly continuing dependence on a “necessary evil” like trophy hunting.

The authors also raised the threat to wildlife from the climate crisis, to which tourism is a contributing factor via its carbon emissions, resource use, and more.

Furthermore, the authors responded to the argument in Nowak’s letter that alternatives to hunting would “provide a more sustainable, resilient, and equitable system”. They said:

The authors used Namibia as an example. But there is not a consensus on the success of trophy hunting concessions/conservancies – areas for hunting – in Namibia. As investigative journalist John Grobler wrote in February:

A visit to the [Namibian] system’s first and most successful conservancy, Nyae Nyae in remote northeastern Namibia, raises questions about how well the system is currently working for either the local San community or their wildlife.

On the discussion in Nowak’s letter of “financial strategies”, they said:

Innovative forms of biodiversity finance offer potentially promising mechanisms to conserve wildlife and habitat, but currently (in Africa at least) these have mixed success, operate at small scale and rely on fickle voluntary finance sources.

The winds of change

Bans on the import of trophies are brought in on a country-by-country basis. The response letter authors say that the step-by-step nature of change therefore allows “the time to incrementally switch to” alternatives. It also suggests that NGOs could raise funds to support communities and conservation during any transition period. But it effectively makes the case that change has to come because public opinion is overwhelmingly turning against trophy hunting. The UK is a prime example of those winds of change. And if countries which ‘export’ hunters to places like Africa ban them bringing their ‘trophies’ home, the industry will largely grind to a halt.

Under those circumstances, arguably the responsible thing to do is come up with alternatives, both for our planet’s magnificent megafauna and the communities that have to co-exist with it.