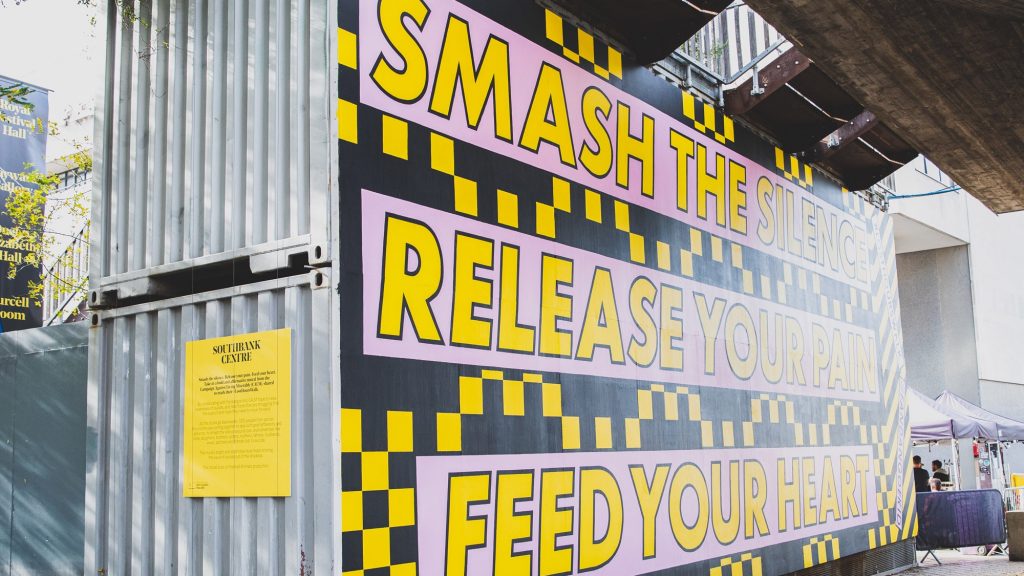 Nearly 1,000 people are expected to walk across central London overnight on 26 October to raise awareness of suicide.

The Lost Hours walk, organised by mental health charity Calm, aims to give those affected by suicide “an opportunity to deal with grief differently and defiantly”.

It is the first of its kind to be organised and will begin at 11pm.

Walkers can choose to walk a 20-mile route from Greenwich to the Oval and back again, via Big Ben, or a shorter 10-mile route that finishes at the halfway point.

At around mile eight there is a mural, created by artist Annie Nicholson, The Fandangoe Kid, designed to bring a message of “hope and positivity”.

According to Calm, 18 people die by suicide every day in the UK and official figures show that the overall number of suicides has risen for the first time since 2013.

The charity’s CEO, Simon Gunning, said the Lost Hours walk was a “profound moment” and summed up the work of the charity. He said:

Calm is all about getting people together to celebrate life, to remember those we’ve lost, and to move forward together towards a more open and supportive society.

The fact that we’ve reached a stage in which we are able to host our first ever Calm event, and on the iconic streets of central London no less, shows how far we’ve come.

Speaking to the PA news agency, he continued:

We’ve participated in lots of different events run by other people and this is the first time we’ve thought about what we’d do in our own event.

We’re taking the (daylight savings) hour to think about that person, what we might do with that person if we had them back, how we might use the time.

The Government is not turning its attention towards suicide prevention in any tangible way.

We are steadfastly a suicide prevention organisation. Suicide is a contagion, but we believe that hope is also a contagion.

I think we’re going to see a profound moment.

Gunning said the charity had hoped to break even by signing up 200 people for the Lost Hours walk, but had been delighted by registrations of more than 900.

He added that he was pleased that more people felt comfortable speaking about suicide.

“It is less of a taboo subject and that’s a good thing, it’s very clear that using the word is itself something of a prevention measure. When we shroud it in darkness it becomes taboo,” he said.

“Complacency is completely off the table.”

The 24-hour Calm helpline takes 14,000 calls a month and provides “human contact” for those who may not have it.

A total of 6,507 suicides were registered in the UK in 2018 by the Office for National Statistics (ONS).

The number is up from 5,821 in 2017, with a “significant increase” in deaths among men, although the ONS said the “exact reasons for this are unknown”.

Donations to Calm can be made at www.thecalmzone.net/donate.