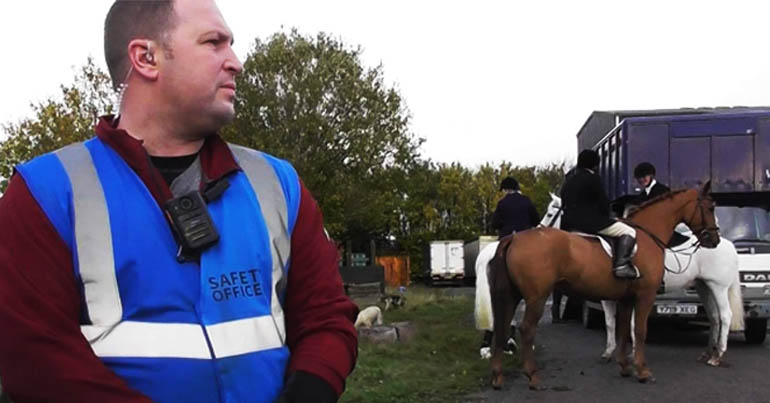 Peterborough Hunt Sabs exposed the truth behind a security firm ‘protecting’ the Fernie Hunt. It revealed that members of the firm are soldiers with the Household Cavalry. The Ministry of Defence didn’t appear too happy about it either.

On 20 January, Peterborough Hunt Sabs posted on Facebook that safety officers accompanying the Fernie Hunt during the 2019/20 season were members of Black Snow Security. The firm’s website says it is made up of “highly-trained SIA licensed security officers”: 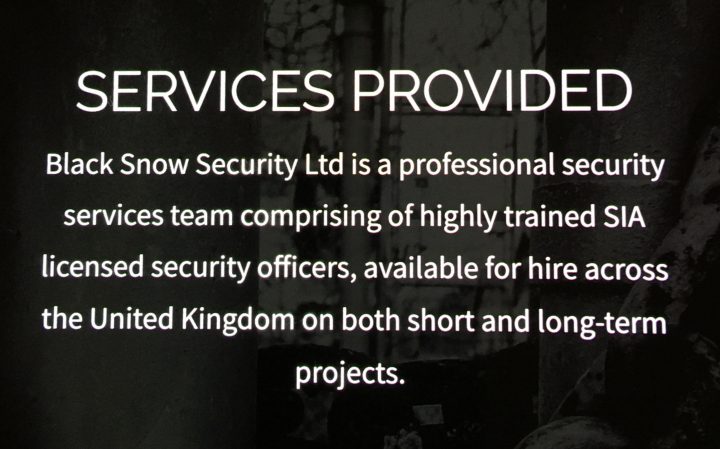 Peterborough Hunt Sabs revealed that some of the safety officers were also soldiers with the Household Cavalry, including Black Snow Security’s owner Ben Scollick. The sab group said:

[Scollick] recruits his security team from his old regiment, and his mixed bag of bouncers are all pictured on the Household Cavalry Instagram feed while on duty.

The Fernie Hunt later confirmed to the Daily Mail that it uses Black Snow Security’s services. The Daily Mail also reported that the Ministry of Defence has “slapped a ban on soldiers working at any more hunts”.

A spokesperson for Peterborough Hunt Sabs told The Canary:

Fernie Hunt need to hire professionals to keep observers away from their hunt. Why, if they have nothing to hide?

Two members of the Fernie Hunt were convicted of illegal hunting and disturbing a badger sett in 2011. Harborough Magistrates Court found Derek Hopkins and Kevin Allen, the huntsman and terrierman at the time, guilty of pursuing a fox before digging it out of a badger sett. The incident happened in January 2010 and was filmed by the League Against Cruel Sports.

More recently, Peterborough Hunt Sabs claims the Fernie Hunt killed two foxes during the same period it has employed Black Snow Security. The sab group published footage of what it says is the hunt in a “rehearsed clear-up routine” on 11 January. And it alleged a fox was killed at Kings Norton after “hounds briefly burst into cry” on 18 January.

The Canary contacted the Fernie Hunt about these allegations. A spokesperson stated:

The Fernie Hunt operates within the law to comply with the Hunting Act and other legislation at all times. Hunting people are responsible and law-abiding individuals, but as with many other hunts around the UK we are regularly subjected to spurious allegations made by anti-hunting extremists… If there is any evidence to suggest that illegal activity has taken place, we suggest the activists take it to the police to be investigated through the proper channels rather than trying to secure publicity for their own agenda through the media. We would, of course, assist the police and other relevant authorities with any enquiries.

However, Peterborough Hunt Sabs told The Canary that a person directly associated with the hunt privately admitted both kills to the group.

The British Army still has close ties to hunting, for example through the Royal Artillery Hunt pack. But it’s clear that even the Army doesn’t want to be seen protecting a convicted group like the Fernie Hunt.