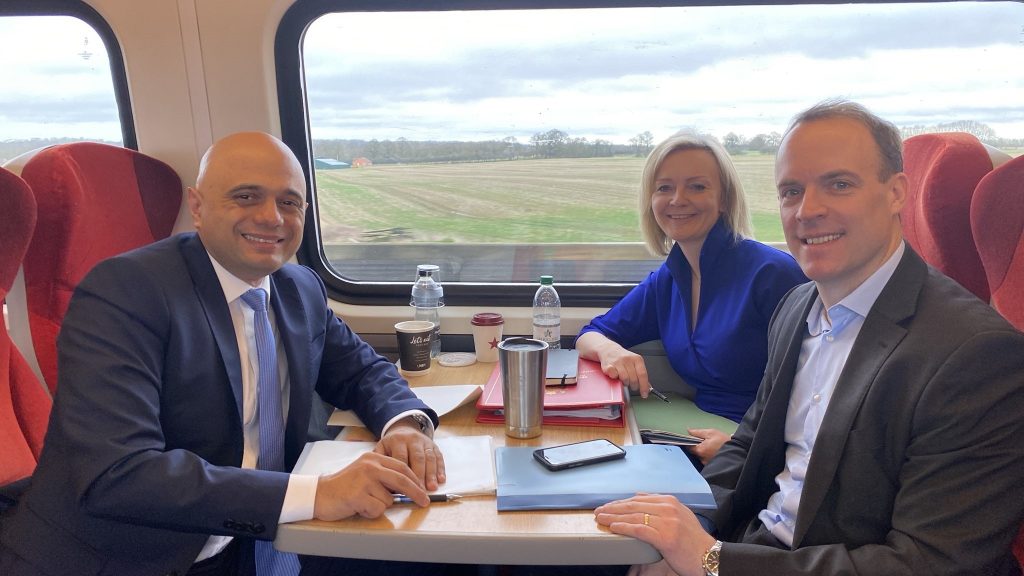 Sajid Javid has been widely mocked for his strange description of the North of England as “north England”. The phrase was soon trending on Twitter after Javid shared a photo of himself, Dominic Raab and Liz Truss on their way to Sunderland for a cabinet meeting on Brexit:

So @sajidjavid is off to "north England", as nobody calls it https://t.co/4csm47aBJw

Some approached the gaffe with satirical humour:

We on way to north England. We simplify word so north pleb can understand with ear holes. We love gregg and industry. https://t.co/rDe6hBS9qf

“The plebs are complaining we’re out of touch.”

“Well, that won’t do. We shall go and be among the commoners in north England.”

“No, no, we must appear relatable. Let us travel on the transport of the peasants. To the metal box of conveyance!” https://t.co/ru02gyVAxG

LT: "I thinks it's somewhere near Watford"…

Others, meanwhile, were more directly critical:

Unless you're bringing a train full of cash, we're not interested mate. You can piss off back to South England at your earliest convenience. https://t.co/EyiUh3nPbr

Maybe we should take the name"North England" and use it to ask the independence movement in Scotland to let us join them! Independence from Westminster for Scotland and North England! 😀 https://t.co/Re29FHI63F

The overlords travel up north to collect the tithe and give it to wealthy Tory voters. https://t.co/erIE1zFiei

The criticism followed the Tories as they ventured north, too.

Boris Johnson, for example, was heckled as he arrived at the National Glass Centre in Sunderland for the meeting. Journalism student Owen Valente filmed the moment Johnson arrived and told the PA news agency he was met with chants of “Boris you’re not welcome here” and “Tory cuts not welcome here”:

EXCLUSIVE: PM Boris Johnson arrives at the National Glass Centre in Sunderland for a day of historic Brexit meetings. Video by @Niamhyyy99 and @owen_valente pic.twitter.com/6fu0XbEBEv

Brexit may be happening, but that doesn’t mean the Conservative Party is suddenly in touch with northern England. And the response Javid received on Twitter was a perfect example of that.