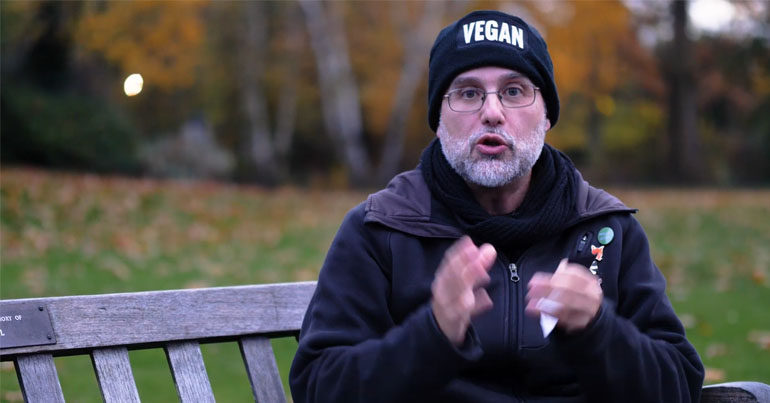 Veganism is now protected by the Equality Act 2010. The change has come following an employment tribunal involving anti-bloodsports organisation the League Against Cruel Sports (LACS). And it could have “significant effects” on workplaces, schools, and other public spaces in the UK.

On 3 January, Jordi Casamitjana won the first part of an employment tribunal against LACS. The case established that ethical veganism is a philosophical belief deserving protection under the Equality Act 2010. BBC News reported at the time that the tribunal’s judge agreed ethical veganism fulfilled several criteria:

including that it is worthy of respect in a democratic society, not incompatible with human dignity and not conflicting with the fundamental rights of others.

The BBC report also pointed out that, although an employment tribunal ruling isn’t a “binding legal precedent”, the judge’s decision would have far-reaching impacts.

The recognition of ethical veganism as a protected characteristic… will have potentially significant effects on employment and the workplace, education, transport and the provision of goods and services.

Protection under the Equality Act means people with vegan ethics will be afforded the same legal protections as those with religious beliefs.

The court case was prompted by LACS dismissing Casamitjana in 2018 following a row over pension contributions. As vegan news website Plant Based News explains:

Casamitjana told the tribunal that he asked for his personal contributions to be stopped in January 2017, and LACS said this would be arranged. However, by October, he discovered that his contributions had not been stopped, and he had personally contributed £1,766.

At this point, he alerted his colleagues, saying ‘ethical vegans should promote ethical consumption in others’. As a result, he was dismissed on the grounds of ‘gross misconduct’.

LACS pensions at the time were invested in companies that test on animals including GlaxoSmithKline. The pension fund also invested in tobacco firms and Royal Dutch Shell. Casamitjana claimed from the outset that LACS’s dismissal amounted to ‘discrimination’. However, the company denied this and said it fired Casamitjana because of gross misconduct. LACS maintained this in a statement on 2 February 2020, saying:

The only reason for the dismissal of Mr Casamitjana in 2018 was his communications to his colleagues in relation to our pension arrangements.

However, the second half of the employment tribunal on 2 March saw LACS admitting that Casamitjana’s sharing of information wasn’t wrong. As a result, the two parties agreed on an undisclosed settlement.

Following the 2 March result, Casamitjana said he feels “totally vindicated”. This outcome shows that even an apparently ethical organisation such as LACS can fail in applying its ethics throughout its infrastructure. And it will provide better footing for the UK’s growing vegan community to stand up in workplace disputes.

We’re in a period when the animal industry needs to take a long, hard look in the mirror for its contributions not only to animal abuse but also the climate crisis. So Casamitjana’s victory couldn’t have come at a better time.