While everyone's focused on the Cummings circus, shocking news emerges about the UK death rate - The Canary 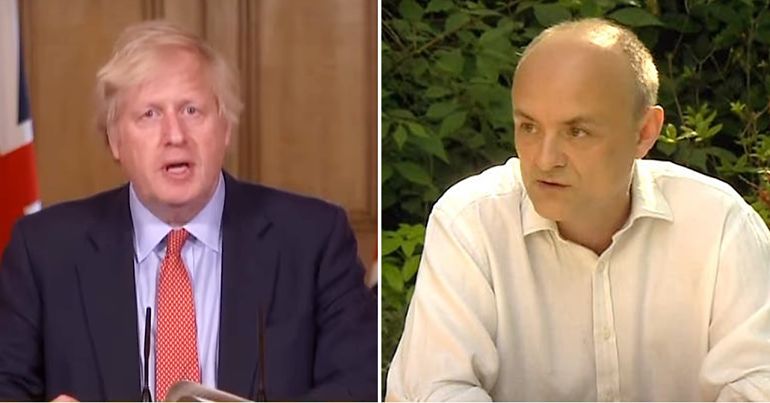 The British public is understandably angry about Dominic Cummings’ behaviour during lockdown. It’s scandalous that he travelled to a different house and drove to Barnard Castle – apparently as a 50-mile long eyesight test – while most people stayed at home. But much more devastating news has just emerged about the Conservative government’s handling of the pandemic.

Top of the death rate tally

The Financial Times has dug into the UK’s coronavirus (Covid-19) death rate. Based on the latest available data in the country and 19 others where “high-quality data” exists, the FT has calculated that the UK “has suffered the highest rate of deaths from the coronavirus pandemic”.

The FT looked specifically at the number of excess deaths in the UK and the other countries from the point they started to climb “above five-year averages”. Excess deaths are the total number of deaths in a certain period minus the average mortality for the same period over the past five years. It compared the UK’s excess deaths during the pandemic with other badly hit countries, such as the US, Italy, France, Spain, and Peru.

Since the week ending 20 March, the UK has registered 59,537 excess deaths, the FT said. According to the media outlet, this indicates that the virus has led to the deaths – directly or indirectly – of 891 people per million over the assessed period. The FT asserts:

At this stage of the pandemic, that is a higher rate of death than in any country for which high-quality data exist. The absolute number of excess deaths in the UK is also the highest in Europe, and second only to the US in global terms, according to data collected by the Financial Times.

Meanwhile, the UK came top among European countries on another measure: the percentage increase in excess deaths “relative to historical averages”. Internationally, only Peru came ahead of the UK on this.

To be clear, there have been more excess deaths per million people in the UK than in any other country, according to the FT. Also, only the US is ahead of the UK in terms of the total number of excess deaths so far – the US has nearly five times the population size of the UK. Finally, only Peru – which has battled a dengue fever epidemic alongside coronavirus – has a higher percentage increase in excess deaths compared with standard levels.

As the cherry on this godawful statistical cake, the FT found that the timing of countries’ lockdowns had a big impact on excess mortality rates. Countries like Germany and Norway brought in restrictions before coronavirus spread widely. They had lower excess death rates than in the UK, which took its time in locking the country down.

Responding to the FT‘s findings, a government spokesperson said “drawing conclusions at this stage” was “wrong and premature”. They added:

We will, of course, learn lessons from our response to this virus, but these must be drawn from an accurate international analysis in the future

In short, the government kicked this shocking news into the long grass. It pitched the FT‘s ‘wrong’ conclusions against some unspecified, future ‘accurate’ analysis. Essentially, it tried to fob people off with the promise of some fuzzy future ‘truth’ regarding the impact of its catastrophic handling of the coronavirus pandemic on people’s lives.