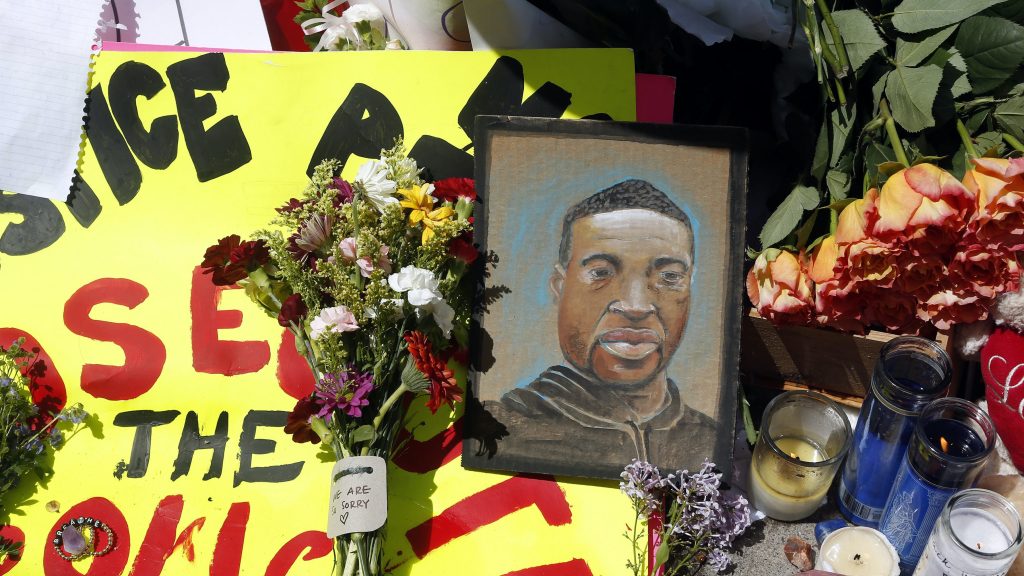 A white police officer was caught on video kneeling on the neck of a handcuffed African-American man – George Floyd – for several minutes during an arrest, even after Floyd said he could not breathe and stopped moving. He died shortly after.

The mayor of Minneapolis later said he believes the officer in question should be charged over Floyd’s death, saying:

If most people, particularly people of color, had done what a police officer did late Monday, they’d already be behind bars.

He later added: “I saw no threat. I saw nothing that would signal that this kind of force was necessary.”

I knew #GeorgeFloyd personally. So, the media can’t tell me nothing. When we did community outreach in the hood he was a “person of peace”. He wanted to see us come together as a people. They murdered him in the street. You see why #BlackLivesMatter has to be stated. This hurt 😢 pic.twitter.com/uwAH1ygiQX

#BlackLivesMatter will be a thing until EVERY SINGLE BLACK PERSON WHO HAS BEEN MURDERED BY POLICE GETS JUSTICE. SAY THEIR NAMES AND WHAT THE COPS DID TO THEM: a thread.

george floyd: suffocated by a cop who PINNED HIM TO THE PAVEMENT OVER AN ALLEGED COUNTERFEIT DOLLAR BILL. pic.twitter.com/dIAGQhMuuf

Floyd’s death soon prompted protests across the US:

Thousands of people took to the streets where he died:

Many protesters marched more than 2 miles to the police station in that part of the city, with some damaging the building’s windows and cars and spraying graffiti. Police in riot gear confronted them with tear gas and projectiles.

The crowd was extremely diverse, people of all races and colors showed up in support of #GeorgeFloyd. You can hear the shots firing and see this UNARMED white man get shot in the leg by an Officer for simply protesting 💔 pic.twitter.com/uYY0SgLvO7

As CNN reported on 28 May, “Minneapolis’ second night of protests transitioned to rioting and looting over a few blocks south of downtown, with people smashing their way into stores and setting businesses and other buildings ablaze”. Many highlighted the existence of different types of looting:

If you don't like individual looting well let me tell you about a little thing called capitialism.

You won’t see any viral images of them carrying out TVs from a target. But the rich, they’re looting America blind. https://t.co/qbNOc7nuGY

So, wait, the looting trending on here isn’t about the financial markets climbing even as we pass 40,000,000 unemployed? pic.twitter.com/TUq2Js7SGO

The uprising in response to George Floyd’s murder by a Minneapolis police officer this week has led to predictable calls to condemn looting. But the real looting in our society comes from elsewhere — not protesters against police brutality. https://t.co/7SE4iXdfCn

Some people, meanwhile, pointed out the difference in media coverage of these protests in the US and protests over in Hong Kong:

Today the NY Times ran the Hong Kong protests as their *top front page* story calling for "US action" on China to "protect" the "democracy protestors."

In contrast, the article on the George Floyd protests was buried further down & said the protestors had "turned destructive." pic.twitter.com/pWQ4GoELcC

The FBI and state law enforcement are investigating Floyd’s death, which immediately drew comparisons to the case of Eric Garner, an unarmed African-American man who died in 2014 in New York after he was placed in a chokehold by police and pleaded for his life, saying he could not breathe. In the Garner case, local prosecutors, the NYPD’s internal affairs unit and the Justice Department all finished investigations into the case before the officer was ultimately fired. Garner’s family and activists spent years begging for the officer to be removed.