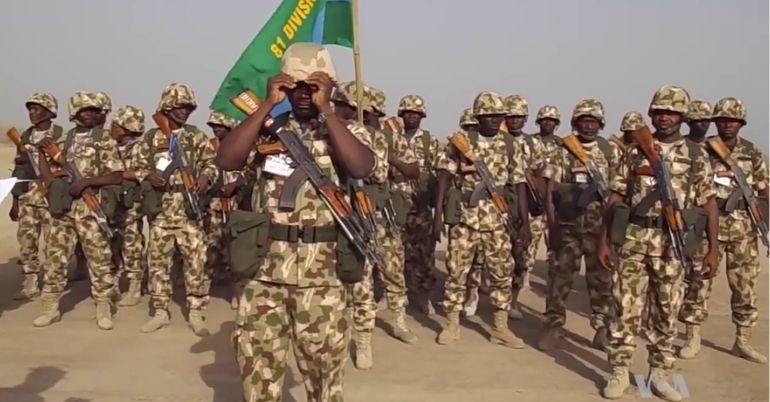 Britain’s relationship with former colony Nigeria is under the spotlight after the alleged shooting dead of unarmed protestors by the country’s security forces.

Protests against police brutality have been underway across the country. According to Amnesty International, police and soldiers shot dead at least 12 protesters on 20 October.

The Nigerian Army responded to reports of violence against protestors on Twitter, calling them “fake news.”

The UK military has been intensively training tens of thousands of military personnel in the west African country in recent years, under the banner of counter-terrorism. Nigeria is currently engaged in counter-insurgency operations against the militant group Boko Haram.

The head of the army General Sir Nick Haughton visited the country to observe UK military training being delivered in 2015. Following that, in 2016, then-defence secretary Michael Fallon announced that a UK regional headquarters would be established in the country. In 2017, the UK Defence Journal reported that UK personnel had trained 6,000 soldiers since 2015.

A press release during a 2018 visit by Gavin Williamson, who was defence secretary at the time, claimed that 30,000 Nigerian armed forces personnel had received training from the UK military.

As recently as May 2019, then-foreign secretary Jeremy Hunt re-affirmed a willingness to training Nigerian personnel.

The British Army website indicates that over 80 military personnel might be in the country currently as part of their advisory and training role.

The UK maintains military ‘relationships’ with many of its former colonies. Kenya, Belize, Cyprus, Fiji and Nepal, to mention just a few. These are often used as training or basing locations for serving UK troops or as sources of recruits to the British military.

The military news channel Forces.net claimed in 2020 that UK troops are deployed on training missions to 14 African states.

While it is not clear yet whether troops directly and individually trained by the UK were involved in the alleged shootings on 20 October, the MOD figures detailed here indicate tens of thousand of Nigerian soldiers have passed through UK military training schemes.