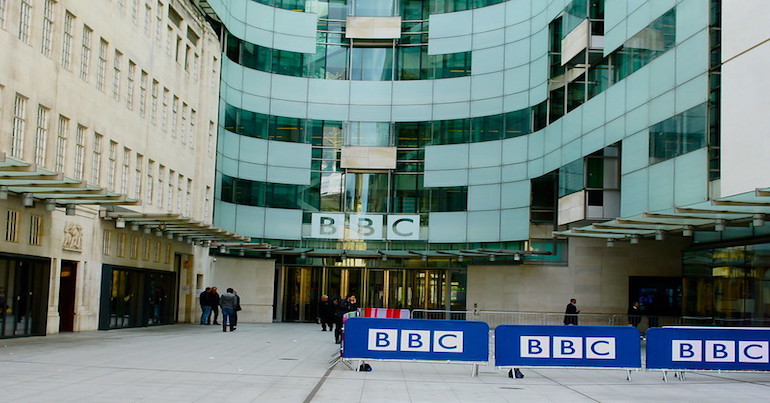 Ex-banker Richard Sharp appears to have donated just under half a million to the Conservative party since 2001. Now, however, he’s reportedly in the running to be chair of the BBC. This should raise serious questions in light of the BBC‘s duty to impartiality.

new BBC chair candidate Richard Sharp appears to have given nearly half a million to the Conservative party according to Electoral Commission website pic.twitter.com/v4WuY8LAPa

The Electoral Commission’s website allows users to search its political finance database, which tracks donations to parties. A search for Sharp’s contributions shows just under half a million donated to the Conservatives on a number of occasions between 2001 and 2019.

Sharp worked in banking for 30 years and was Rishi Sunak’s boss at Goldman Sachs. He worked as an economic adviser for Boris Johnson during Johnson’s stint as London mayor. Most recently, he has worked as an unpaid advisor to Sunak during the coronavirus pandemic. His connections to the Conservative government are plain to see.

Current chair Sir David Clementi is due to leave the BBC at the end of his term in February. The Times reports that:

Applications close in mid-November, with interviews expected by the first week of December. Other touted candidates include Sir Robbie Gibb, a former BBC politics executive who became No 10 communications chief, and the former Tory culture secretary Baroness Morgan of Cotes.

None of these candidates cover themselves in glory when it comes to having a fair and impartial chair.

When contacted for comment, the Department for Digital, Culture, Media and Sport told us it doesn’t comment on speculation. It also maintained that new appointments are subject to a robust selection criteria.

Richard Sharp was also contacted but didn’t respond by the time of publication.

We only know about Sharp’s donations because they can be uncovered using the Electoral Commission’s site. This is the same Electoral Commission under threat from the Conservatives. As The Canary previously reported, it is soon to be reviewed by the Committee on Standards in Public Life and co-chair of the Conservative Party, Amanda Milling, warned that if the EC did not accept further scrutiny and reforms:

and do the job it was set up to do then the only option would be to abolish it.

So the commission’s own independence could be under threat, to say nothing of the threat to an already embattled BBC.

Sharp’s candidacy speaks to the increasing cronyism in British media. More broadly, however, it speaks to the weakening of the independence of the BBC.