` We face a quiet threat to the independence of our elections. We must be vigilant | The Canary 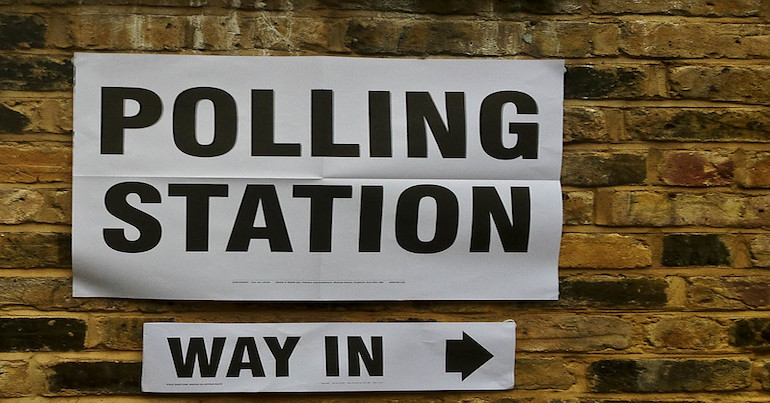 The Electoral Commission (EC) is soon to be reviewed by the Committee on Standards in Public Life. Its independence could be under threat. And this means our democracy is also threatened.

The last decade has seen Britain’s electoral landscape move from the cash for honours scandal, various expenses scandals, to the recent flurry of elections and referendums that have come under scrutiny with accusations of electoral fraud and dodgy campaign finances.

It’s little wonder that public confidence in politicians and the election process is so low. But removing the independence of the EC will not instill greater confidence. The electoral commission needs reform, not abolition.

The Canary will be keeping a keen eye on the progress of this review in our mission to hold truth to power. This article is, therefore, the first in a series that will investigate this issue from all angles. We’ll keep pressure on political parties who could threaten the democratic process at a time when public confidence in politics is at an all-time low.

The review is not expected until June 2021. The public consultation, however, has already been carried out and there are a number of issues to explore that hold politicians across the spectrum to account

The EC has been an independent body since 2001. It monitors elections and helps the election process happen. The EC was formed from the Political Parties, Elections and Referendums Act 2000 (PPERA).

The Committee on Standards in Public Life has announced a review of electoral regulation in the UK. And there are significant concerns that the Conservative government is looking to severely restrict or abolish the EC altogether.

Co-chair of the Conservative Party Amanda Milling warned that if the EC did not accept further scrutiny and reforms:

and do the job it was set up to do then the only option would be to abolish it.

Fair Vote UK agrees that the Commission needs to change – and we stressed this in our own submission to the review – but Milling’s main protests are disingenuous and circular in logic.

Firstly, The Electoral Commission is accountable. To Parliament, not Government. This is designed to ensure its non-partisan political independence. It reports to the Speaker of the House of Commons, is governed by the rule of law and is answerable to the courts. Independent regulatory bodies of this type are a common part of the UK constitution.

Ask yourself, would an electoral regulator directly answerable to No. 10 be trusted as independent?

The EC could well do with reform that hands them greater investigative powers. It is, for example, currently restricted by outdated election laws that don’t account for digital advertising from election and referendum campaigns. This is further compounded by low fines (something the Scottish government tried to remedy by increasing the maximum fine from £10,000 to £500,000 for campaigns that break rules during referendums). An inefficient relationship to the Crown Prosecution Service (CPS) also means that EC investigations run under massive delays.

Clearly, there is room for careful reform of the EC in order to provide accountability for campaigning tactics during elections and referendums.

In the West, there is a mixture of electoral models. Countries such as Germany, and Spain use a mixed model where independent regulators monitor elections. These recommendations are put into action by governments and monitored. Others, such as the US and Sweden use an executive model whereby branches of local government act on behalf of a central body.

While the mixed model could be an option in the UK, are we really going to trust this government to carry that out?

Discrepancies from Vote Leave and the Tory government itself during election seasons have shown that we cannot.

A call to vigilance

Independent regulation is a deeply important part of a functioning democracy.

The Conservative government’s slow privatisation of the NHS, its abject failure to implement an effective Test and Trace system, and the continuation of a hostile environment has shown that it cannot be trusted to hold the values of integrity and decency in its actions.

Democracy is not a singular and stable entity unchanged by political upheaval. Democracy is a process that is vulnerable to manipulation and erosion. Democracy is something that we do. The suggestion of potentially abolishing the EC is a dangerous threat to democracy in the UK. It must be closely watched and resisted.