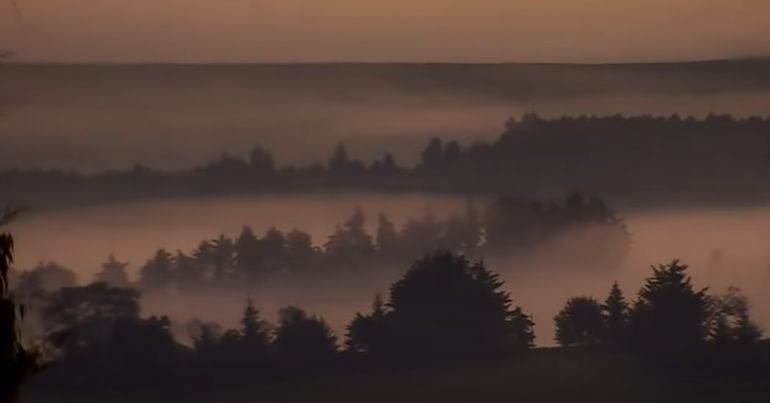 A new study shows that capitalism’s long assault on the planet could reach an unspeakable height. According to the analysis from researchers at Princeton University, the tropics in particular could become literally uninhabitable for humans if the world exceeds 1.5C of global warming.

So, not only has capitalism and its enforcers exploited countries around the world – and their peoples – for centuries, but now it’s possible that the tropical and equatorial region may become unliveable as a result of it.

A consequence of capitalism

As OpenDemocracy has previously noted, capitalism is a system “that has a parasitoid relationship with the Earth”. One major issue with capitalism in relation to the Earth is that it’s ignored the planet’s finite nature and cyclical systems in its relentless pursuit of endless so-called ‘growth’. Imperialist powers, and their corporations, have ruthlessly exploited people and natural resources around the world to feed their beloved capitalist machine.

The climate, biodiversity, and pollution crises we now face are very much the consequence of capitalism. And, as the UN’s secretary-general António Guterres recently warned, these crises “threaten our viability as a species”. So to try and desperately row back from the worse aspects of the climate crisis in particular, many of the world’s governments have signed up to the Paris Agreement. It’s core aim is to keep the global temperature rise, aka global warming, “well below” 2C, capping it at 1.5C if possible.

However, a new study asserts that, for countries in the tropics, capping global warming at 1.5C is more a ‘must have’ than an ‘aim’. Because it suggests areas of the tropics could become uninhabitable for people if global warming exceeds the 1.5C threshold.

The Princeton researchers looked into the impact of global warming in the tropics. Based on their research, the study’s authors assert that the world’s temperature increase needs to stay below 1.5C for the tropics to avoid the risk of exceeding a particular heat threshold. That heat threshold is known as wet bulb temperature (TW). As New Scientist explains:

Wet bulb temperature (TW) is a measure of heat and humidity, taken from a thermometer covered in a water-soaked cloth. Beyond a TW threshold of 35°C, the body is unable to cool itself by sweating.

Because the human body is unable to regulate its own temperature past the TW threshold of 35C, it’s considered, as the Guardian puts it, the “limits of human livability”. So essentially the study looked into whether exceeding the Paris Agreement target of 1.5C global warming could lead to those “limits of human livability” being passed in the tropics. Lead author Yi Zhang explained:

An important problem of climate research is what a global warming target means for local extreme weather events. This work addresses such a problem for extreme TW.

As the New York Times reported, the tropics is the region approximately 3,000 miles around the Equator. It includes Central Africa, Central America, and many parts of South and East Asia. Over three billion people call the region home.

Zhang did warn that more research on health impact was necessary, due to the study being narrowly focused on the level of increase in TW temperatures in relation to global warming. Zhang said that there still needs to be more expertise “on the health impact of intensity, frequency, and duration of high wet-bulb temperatures”.

The researchers’ findings, which were published in Nature Geoscience, are based on historical data and climate models.

“If there is any place where humans and biodiversity can adapt, it’s here”

Some responded cautiously to the findings. Joint Met Office chair in climate hazards at the University of Bristol Dr Dann Mitchell said that heat stress thresholds are “useful conceptually”. But he said we should be careful about “relating them to any particular step change in human mortality or morbidity”.

Carnivore ecologist Dr Mordecai Ogada also responded with skepticism. The Canary approached Ogada for comment on the potential impact of a TW threshold breach on biodiversity in the tropics. He said:

I don’t subscribe to the theories advanced in the study. Temperatures in the tropics have the narrowest seasonal variations in the world, so if there is any place where humans and biodiversity can adapt, its here.

Ogada pointed out that a 1.5C increase in temperature in the Arctic can result in “breakage of glaciers”, “loss of permafrost”, and more. But he argued that, in the tropics, such an increase is effectively “just a hotter day, so you sit in the shade and drink more water (or whatever the behavioural adaptation may be)”. The ecologist also cautioned against causing “alarm” about a region that regularly faces outside pressure “to impose strictures on human lives and livelihoods”, via, for example, forced birth control and an end to pastoralism.

2020 saw the first ever breach of the TW threshold reported in scientific literature. Ras al Khaimah in the UAE and Jacobabad in Pakistan both recorded temperature measurements above a TW of 35C. As Ogada and Mitchell have suggested, reaching such a threshold doesn’t necessarily mean everyone subject to it will instantly keel over. How people will and can adapt to such circumstances is largely, of course, untested in practice.

But one thing is for certain. Many countries around the world have faced obscene injustice at the hands of capitalism and its enforcers. Not only have they faced rampant exploitation, but they are bearing the brunt of a climate crisis they’re not responsible for. The fact it’s even possible that people, and other living beings, in the tropics could now also face a future filled with potentially unliveable temperatures driven by capitalism is nothing short of an unspeakable outrage.