Factory farming could lead us to 'antibiotic apocalypse' - The Canary 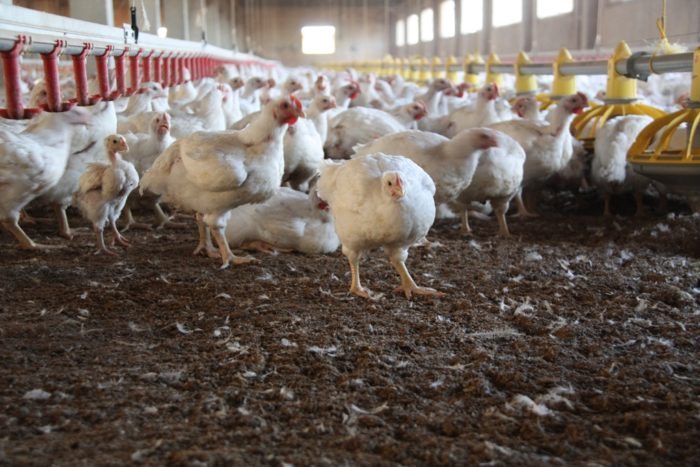 Data published by the European Medicines Agency (EMA) reveals that the use of strong antibiotics (such as colistin) has risen to record levels on European farms. This situation creates fertile ground for drug-resistant microbes to evolve, making antibiotics useless for treating people’s life-threatening conditions.

The World Health Organization (WHO) previously issued a warning, stating that, due to the importance of these drugs to humans, they should only be used in extreme cases to treat animals, if at all.

The driving force behind antibiotic resistance

A review of antibiotic resistance concluded that the UK and other countries should aim to use no more than 50 mg of antibiotic per kilogramme of livestock. Yet, EMA data shows that the average use across the EU is three times higher, at 152 mg per kg.

And it is precisely these high quantities that make intensive farming a driving force behind the ‘antibiotic apocalypse’ predicted by chief medical officer Dame Sally Davies. This apocalyptic warning was in response to the fact that 50,000 people are dying every year in Europe and the US from infections that antibiotics have lost the power to treat.

Moreover, a 2004 joint report by the WHO, the UN and the World Organisation for Animal Health (OIE) warns that the demand for meat, eggs and dairy is a primary factor influencing emerging zoonotic diseases (diseases that spread between animals and humans). WHO also warns about factory farming leading to another flu pandemic, which could be even more devastating than the infamous 1918 ‘Spanish flu’.

In light of news that MRSA, a highly resistant type of bacteria, had been found in British retail pork, Tracy Worcester of Farms not Factories said:

This confirms that intensive, indoor pig rearing is a defective system that cannot operate without routine overuse of antibiotics. Government negligence along with the complicity of the veterinary profession have allowed antibiotics to become an integral part of intensive pig rearing, and this has led to antibiotic-resistant superbugs that bring us ever closer to the end of antibiotics as a cure for human diseases.

Likewise, a broad range of organisations – including the American Medical Association, the Centers for Disease Control, the National Academy of Sciences, and the WHO – have all linked antibiotic use on factory farms with increased antimicrobial resistance, and have called for a ban.

The root cause of the problem

While recommendations to regulate the use of antibiotics on farms is sensible, it does not address the root cause of the problem. Adverse effects to human health may be minimised, but given the scale of intensive farming, an immense threat will still be present.

Factory farms create perfect conditions for diseases to spread. Piglets are weaned too early and this makes them susceptible to diarrhoea and bowel infections. Chicken farms are full of faeces, toxins and bacteria, which in overcrowded conditions cause disease to spread like wildfire.

More than 99% of farm animals in the US are raised on factory farms, which explains why there are 76 million cases of food-borne illnesses in the country every year.

Since the intensive nature of farming has not changed very much, industry aims only to treat the symptoms of the problem, without tackling the root cause. But why should they? Reducing overcrowding and increasing welfare will lead to a fall in profits. A 1995 report published by Compassion in World Farming argues that farm animals are primarily “economic machines”, and this has not changed at all since then.

But animal agribusiness is only partly to blame. Responsibility also lies with the consumer, with a rising global population that demands cheap meat. In a very real sense, the food that is meant to sustain us is killing us.

In order to avoid an impending ‘antibiotic apocalypse’, banning the use of antibiotics in farming is widely recommended, and is a useful first step. But this is not enough. The issue lies with factory farming itself. Whatever improvements are made, the system will be the same. The factories will still be harbingers of widespread antibiotic resistance. So the crucial question we have to ask ourselves is: are we willing to risk a health catastrophe for the sake of cheap meat?