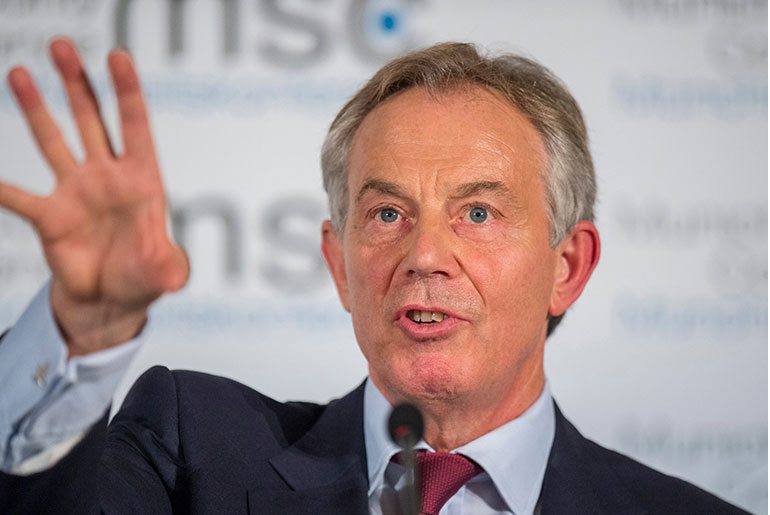 The Chilcot Report revealed many things about Tony Blair. But by focusing solely on the invasion of Iraq, it missed some of the most shocking revelations about the former Prime Minister. A former British ambassador has now spoken up, revealing the true reason Blair got involved in Sierra Leone. And it’s not how the media tells it.

In Britain, Sierra Leone is seen as a great example of a humanitarian military invention. Mainstream media outlets highlight, even to this day, how people were supposedly “grateful for Britain’s intervention”, and how they hail Blair as “an unquestioned hero”.

We could see a country for whom in days gone by we’d been responsible which was a democracy that was just starting to get on its feet. Basically going to be taken over by a group of gangsters who were going to exploit its resources, kill a large number of its people.

But while British intervention did end the civil war in 2000, former British ambassador Craig Murray paints a very different picture of why Blair wanted to invade. In the video below, he states:

I want to explain to you why that’s [Blair’s ‘humanitarian’ intervention] not true and also give you some background as to why international diplomacy doesn’t work because, essentially, the people in power don’t want it to work.

During Blair’s government, Murray was Britain’s Ambassador to Uzbekistan. As ambassador, he regularly spoke out about the country’s human rights abuses. He complained to the Foreign and Commonwealth Office on numerous occasions, but to no avail. He was removed from his post in 2004 after claiming that MI6 had used intelligence obtained by Uzbek authorities through torture.

During the talk, Murray discusses his experiences of negotiating peace talks in Sierra Leone, just before the British invasion in 2000. Watch the video here:

Today, I wanted to talk to you about something I’ve never spoken about before in fact… how the same people turn out to be behind wars, and I mean the same individuals, in fairly different parts of the world.

Before the UK’s intervention, Murray claimed he’d reached a partial peace agreement within Sierra Leone. But he says:

Whether the agreement would have completely stuck, I don’t know, but there is no doubt at all that the British government connived at un-sticking it.

Murray says that the British government was adamant about removing the rebels instead of addressing the real problems in the country. He reveals:

When I was saying to them [the British government] ‘listen, what we have to do is find the grievances and causes of extreme poverty and extreme alienation that cause this kind of thing to happen’, they were saying ‘no, we just need to shoot them’.

While Blair claimed he wanted to rid the country of “gangsters” who would “exploit its resources”, Murray says it was Blair himself who wanted the resources. This time not oil or blood diamonds, but something even more valuable — rutile.

Sierra Leone is one of the biggest sources of rutile in the world. The mineral has many uses, including paints, plastics, paper and foods. Before the UK invasion, its supply was controlled by Sierra Rutile Limited. But afterwards, this company came under the control of the Titanium Resources Group.

Murray claims that, after the invasion, the country gained a somewhat colonial status, with members of state and policing all being British. He claims this allowed them and their ‘friends’ to take control of Sierra Leone’s resources.

Such friends included Walter Kansteiner III, the Assistant Secretary of State for Africa under George W Bush – who in 2005 became the Chairman of the Titanium Resources Group.

Likewise, Baroness Amos, the Secretary of State for International Development under Tony Blair, was made a non-executive director of the company three years later. Ironically, Amos was, up until 2015, also the UN Under-Secretary-General for Humanitarian Affairs and Emergency Relief Coordinator.

The conflict has also enabled Blair to secure himself a position of control in Sierra Leone and across Africa. In 2008, he set up the Africa Governance Initiative. While it purports to support existing governments and develop communities, in 2012 alone the company raked in £3.16m, paying its employees an average salary of £56,000.

It’s the same old story. Politicians pretending to help people in war-torn countries, when really they are lining their own pockets. And with Blair hinting at a return to front-line politics – we know just what to expect.

– Read more about Tony Blair on The Canary

– Watch other videos from the #NoWar2016 series