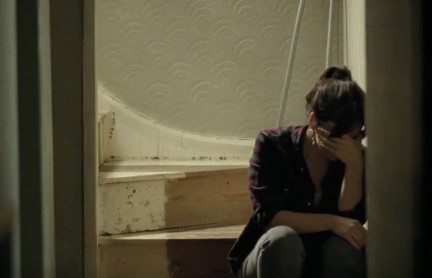 The film I, Daniel Blake, directed by Ken Loach, premiered in London on Tuesday 18 October. And while the movie is fictional, the basis for the plot is steeped in a reality many people in the UK face: being on benefits in Tory Britain and having to deal with the Department for Work and Pensions (DWP). The Canary asked its readers to get in touch with their stories. And the responses were angry, tragic and at times very upsetting.

The Canary has changed people’s names and addresses to protect their identity, unless otherwise stated. All participants proved their status as welfare recipients.

A system under attack

Since coming to power more than six years ago, the Conservatives have implemented an austerity agenda of cuts to try and save money after the 2008 financial crash, and the subsequent “bank bailouts”. And the benefits bill has been one area targeted. Between 2010 and 2015, the Tories cut £16.7bn from the welfare budget, shrinking it by 7% in real terms. But while pensions, which make up nearly half of all welfare spending, were protected, other benefits were not. Tax credits were cut by £3.9bn; child benefit by £1.9bn; changes to disabled people’s benefits “saved” around £1bn; and by reducing the rate at which benefits rise, the Tories cut nearly £9bn off the overall budget.

I, Daniel Blake deals with the hoops the title character has to jump through when dealing with the DWP. After a heart attack, an assessment concludes Blake is fit enough to work. Therefore, he has to claim Jobseeker’s Allowance (JSA). Because he is concerned about how work will affect his health, he’s labelled a “scrounger”. Blake has to do everything to get his benefit entitlements online, but he doesn’t have a computer. And visits to food banks just compound his and his friend’s problems.

But as people’s real stories show, this is not just a movie script. I, Daniel Blake is a reality for many people.

Tony from Blackburn was one person who got in touch with The Canary. He currently claims Employment and Support Allowance (ESA), as he lives with mental health problems. He’s had numerous Work Capability Assessments (WCAs), which measure the level at which a person would be capable of doing a job. On one, he said, he scored zero points, meaning he was fit for work. He ended up taking the DWP to a tribunal, and he won. But he’s just had another WCA. And the process has left him distraught:

Just recently, I went through another WCA. I scored zero points again. This time, they said, because I can make a sandwich when I’m hungry and turned up to the assessment dressed, I’m fit to work. They also said because I have a normal skin complexion, my claim that I rarely leave the house is a lie. I told them I self harm and have suicidal thoughts, but this was ignored in the final notes about the assessment I received. I have now had no money for about eight weeks as I cannot sign on for JSA due to my mental health issues.

Tony says he is literally reliant on his father to keep him alive, saying “if I lived alone I would be dead now, with no money coming in”. He has formally contacted the DWP for a mandatory reconsideration of his claim. He is awaiting a reply. But in the meantime, he’s receiving no money. “This whole process is causing me even more stress and anxiety”, Tony says, “and increasing my mental health problems”.

Richard from Swindon had a nervous breakdown in October 2012, after which he made a claim for ESA. The DWP claimed it had lost his paperwork. This meant he had to make 16 expensive phone calls, speaking to 16 different advisors, each of whom gave a different “excuse”:

It wasn’t until I really complained at a DWP office that they noticed I was truly unwell, and got various departments to sort it all out. It took until the third week of December from 5 November; seven weeks. So I had to borrow a truckload of cash just to live. No apology, no action. Nothing. They let a mentally ill man go through some serious bullsh*t, all while watching my dad slowly die. At the same time, I was off my nut on antidepressants which nearly led me to end it all in March 2013. This was coupled with the fact I had my ex-partner walk out on me just before I broke down. DWP is an acronym for “Die Worthless Parasite”. They really don’t care.

Speaking of how the benefits system now works in the UK, and how people view it, Richard says that politicians who talk about the “something for nothing” culture are making the problem worse. “They plant the seed in people’s minds that those on benefits or homeless are taking the rise out of the system”, he says, “and it’s their taxes that fund them.”

Nicola from Oxford, meanwhile, suffered a heart attack in June 2016. This left her left leg with peripheral nerve damage, patchy numbness, and no feeling in her left foot. She applied for a Personal Independence Payment (PIP) as her mobility was so limited. The assessor visited her at home, and stayed for 30 minutes:

The upshot was that Nicola was denied PIP, but awarded the lower grade mobility payment. She was utterly confused as to how the assessor came to that decision, as at no time did she see Nicola move from her chair. “How could she have known how or if I could actually walk?” Nicola says, “let alone how far?” She has contacted the DWP for a PIP mandatory reconsideration, and still hasn’t received a reply. It’s now been four months since her initial illness. “I’ve worked my whole life; paid into the system,” Nicola says. “There does not seem to have been a safety net for me when I’ve been in greatest need of my life.”

These are just the stories of four people, out of millions across the UK who are subject to the welfare system. While some may have dealings with the DWP and find it a helpful organisation, too many don’t. As Helen Sims, author of the book Taking Steps (which, in part, deals with the reality of living with a disability), says:

And the pressure on the DWP, and those relying on it, is spiralling out of control. 13.5 million people live in poverty in the UK: 7.9 million working-age adults; 3.9 million children; and 1.6 million pensioners. 3.9 million people are in two-year “persistent poverty”. Overall, the poverty rate has increased to 16.8%, and the persistent poverty rate for children is 11%. There are too many people slipping through the cracks in a society which is supposed to be one of the richest on the planet. And while I, Daniel Blake is indeed fiction, the premise is a reality which should worry us all.