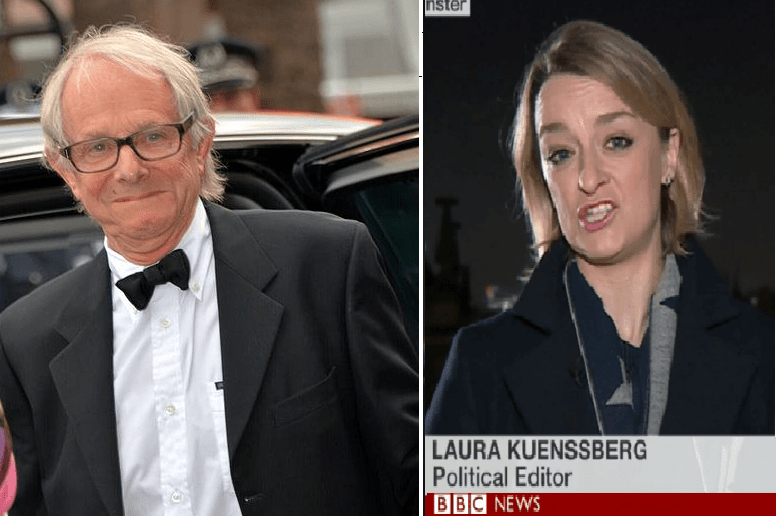 Loach broke new ground with his ongoing critique of the mainstream media. He called out the soft-propaganda of TV shows that turn viewers into passive consumers in an interview with Radio Times.

The BBC featured prominently in Loach’s scathing critique. Having previously called out the public service broadcaster for its demonstrable bias against Jeremy Corbyn, the director suggested the BBC’s ‘free market’ capitalist output must be deliberate:

The BBC is very aware of its role in shaping people’s consciousness; this is the story you should hear about, these are the people worth listening to. It’s manipulative and deeply political.

In response, the BBC did not provide any evidence to the contrary. It merely cited the opinions of people, many of whom look to the BBC to provide them with news:

The BBC is consistently rated the most trusted and accurate news provider by the majority of people in the UK.

Perhaps because the evidence appears to be stacked on Loach’s side. A series of studies support his conclusions, representing a consensus that the BBC has pro-Conservative bias.

Speaking about broadcasters as a whole, the renowned director compared TV dramas to taking a hypnotic sedative:

You might as well take a Mogadon as watch it. TV drama is like the picture on the Quality Street tin, but with less quality and nothing of the street.

Loach, who has a long record of challenging social injustice, then took aim specifically at the current crop of TV period dramas:

This rosy vision of the past, it’s a choice broadcasters make.

For Loach, it appears period dramas are closer to a whitewash than to a historic account of the Western colonialism that has shaped the world as it is today:

It’s bad history, bad drama. It puts your brain to sleep. It’s the opposite of what a good broadcaster should do, which is stimulate and invigorate.

But the crux of Loach’s point seems to be the impact such visions of the past have on viewers:

It says, ‘Don’t bother your heads with what’s going on now, just wallow in fake nostalgia’.

He argues that TV broadcasters are not encouraging people to take an active role in society but to stay in the passenger seat, observing and consuming.

For the veteran director, the soft-propaganda of TV shows contributes to the full-scale propaganda of the mainstream media’s political and news output. At a Media Reform Coalition (MRC) event in late September, Loach noted the regularity of television news channels having guests on who “will attack Jeremy Corbyn”. However, he claimed, the manipulation is also evident in the way “they put stories together” so that:

there is almost a collage of words, and ideas, and questions, that together transmit the point of view they want you to have.

As The Canary previously reported, Loach used the recent Labour leadership challenge against Corbyn to illustrate his points:

He drew attention to Corbyn’s NHS press conference on 24 August. The Labour leader pledged numerous important changes to the health service, such as a promise to renationalise the NHS. But coverage of these promises was scant, with most media attention given to the fact that a reporter asked a question about Traingate during the conference.

In his previous critiques of the media, Loach has focused on the hard-propaganda of how stories are presented in order to preserve wealth and power. Now, he’s turned his attention to seemingly nonpolitical TV shows. In fact, they have a very real, political impact on the public. Viewers of TV dramas, for example, are often encouraged to indulge in “fake nostalgia” through a rose-tinted vision of the past. They are not properly informed or energised to get involved.

To solve this crisis, Loach called for the “democratisation” of the BBC. Instead of a dark, distant room of editorial commissioners selecting what shows get made, people could vote on how their money is spent. Fundamental changes like these would help shift the BBC away from being what Loach calls a “propaganda arm of the state”.