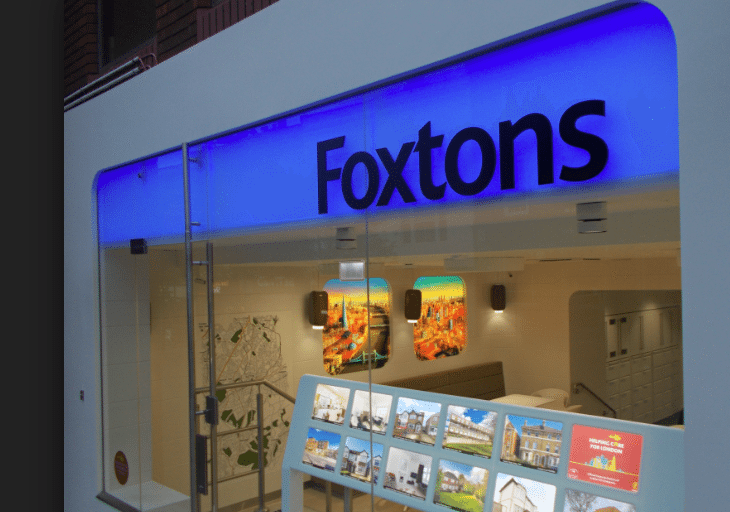 Foxtons, often referred to as Britain’s most hated estate agency, just saw its earnings from home sales drop by 34%. But there is far more to the story than just one estate agent having a bad month.

A housing market in trouble

In a report for This Is Money, Camilla Canocchi writes:

A continued slowdown in London’s property market is taking a toll on Foxtons as income from house sales fell by more than a third in its last quarter.

The London-focused estate agent, which also has offices in Surrey, said fewer home sales meant revenues declined 34% to £12.2m in the three months to the end of September.

It also saw lower demand of homes to rent, but contract renewals meant its lettings revenues were flat at £22.6m.

The news comes amid wider concerns of a slowing down in the housing market, and a potential fall in house prices and rents. While this will come as unwelcome news to Foxtons, property speculators, and landlords, it will be blessed relief for those priced out of the property market.

According to the Office for National Statistics (ONS), the average price of a house hit £219,000 in August, and has been rising by £19,000 (8.4%) each year. The average annual wage in the UK is currently just £27,500. This means the average UK citizen would need a mortgage for 7.5 times their annual income to get their first step on the property ladder – a virtually impossible task.

This has led to a fall in property ownership, which fell to its lowest level in 30 years (64%) that same month. The same amount of people own their homes today as before Margaret Thatcher launched her Right to Buy Scheme. The difference is, there is no council housing programme in place to keep rents down, living conditions high, and tenancies secure.

Decades of defunct housing policy have left the UK with a housing shortage crisis. Every government since Thatcher has refused to put the proceeds of these council house sell-offs into the building of new social housing, which led to a rapid decline in available housing stock, and Britain reverting back to the playground of the property class.

Unaffordable house prices and restrictions on social housing drove people to seek their tenancies from the private rented sector, which now constitutes 20% of the total housing market, versus 10% just ten years ago. This saw landlords push up private rents across the UK, rising by an average of 37% in just the last three years.

Criticism from all sides

This isn’t just a view put forward by those who challenge the state of affairs, but by those who profit from it, too. This statement comes from a report by FTSE 250 mortgage and finance company Paragon Group:

Over the last 25 years there has been a major shift in housing which has led to an increased bias to private renting both out of choice and out of need. These changes have their roots in the more tenure neutral housing policies that have been adopted since the 1980s, the impact of which has been amplified by the general undersupply of homes and the affordability challenge that would-be homebuyers face.

Right To Buy, and the subsequent abandonment of housing policy by Conservative and New Labour governments, failed to increase home ownership further than a single generation. Worse, it returned Britain to pre-WWII housing conditions. As The Canary’s Mark Turley reported earlier this week:

Shelter has published its new Living Home Standard, assessing accommodation according to affordability, neighbourhood, decent living standards, stability and space. 43% of properties failed to meet one or more of the criteria.

The most common complaint was that of affordability, with Londoners faring the worst. 73% of those living in the capital found that they were unable to meet the costs of their rent or mortgage without having to cut back on essentials like food or heating.

18% of homes failed to meet criteria on decent living standards, with occupiers stating that they felt unsafe, insecure or cold in their homes.

11% of homes failed on space, with numerous people sometimes having to share rooms or sleep on floors in communal areas.

In all parts of the market, the biggest culprit was the private rented sector, in which 69% of homes failed the Living Home Standard.

The main beneficiaries of the Housing Crisis have been private sector landlords, property speculators, and estate agents. Unfortunately, there is an overlap of interests between the people making the housing policy that created the crisis, and the chief beneficiaries.

An independent study conducted by PricedOut in 2012 found that a quarter of Conservative MPs are private landlords, as are 15% of Liberal Democrats and 12.5% of Labour MPs. Katy John, a spokesperson for PricedOut, stated:

Not only do MPs enjoy taxpayer-funded second homes, many of them also have a portfolio of rented houses too… Many first-time buyers are trapped in the private rented sector, 94% of whom would like to buy their own home.

Tenants in this country face some of the worst levels of housing security in Europe. First-time buyers desperately need house prices to fall to more affordable levels, but landlord MPs at the very top of the property ladder have a vested interest to not let this happen.

The facts in 2016 are no better. More than a third of former council houses now sit in the property portfolios of wealthy landlords. In fact, the son of Thatcher’s Housing Minister at the time the ‘Right to Buy’ scheme was launched is now the proud owner of no fewer than 40 former council houses.

There is good reason that progressive parties like Corbyn’s Labour, the SNP, the Green Party, and Plaid Cymru are all focused on the housing crisis. If there is one area where government could make a swift and profound difference, it is here.