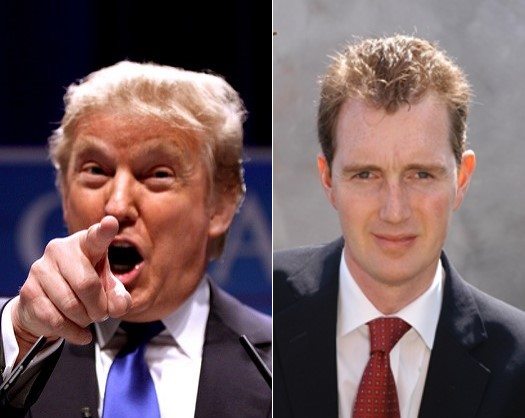 Conservative MP David Davies caused a storm on Wednesday 19 October after he commented on the issue of child refugees entering the UK from the so-called Calais Jungle. Davies, Chair of the Commons Welsh Affairs Select Committee, said dental checks or hand x-rays to check bone density should be used to check that children are indeed under 18. His comments echoed Donald Trump’s words in September, when he was criticised over his stance on Syrian refugees. But Davies’ comments prompted a fierce backlash, not least from dentists themselves.

Davies’ comments came after the first child refugees arrived from Calais on Tuesday 18 October for resettlement in the UK. They included a 12-year-old girl from Eritrea and 12 boys aged between 13 and 17. But Davies said they “don’t look like children”, and that he hoped “British hospitality wasn’t being abused”. He told HeatStreet that:

I will be tabling questions in parliament asking how many migrant children have undergone dental checks and whether those who wish to come here in future will be subject to dental checks. It would be a way of reassuring the public that the system is not being abused.

But his comments prompted criticism from the British Dental Association, which said:

It’s not only an inaccurate method for assessing age, but it is both inappropriate and unethical to take radiographs of people when there is no health benefit for them. X-rays taken for a clinically-justified reason must not be used for another purpose without the patient’s informed consent, without coercion and in full knowledge of how the radiograph will be used and by whom.

Much of the right-wing press also came under fire for their reporting of the Calais refugee children. The Sun, The Express and The Daily Mail all ran articles questioning the ages of the children, with The Mail publishing full pictures of them arriving in Britain. The paper also claimed that a facial recognition app analysed one of the individual’s faces, just from a photograph, and suggested, “he had the facial features of a 38-year-old”.

Ruth Allen, Chief Executive of the British Association of Social Workers, told BBC Radio 4’s Today programme that the first refugees to arrive under the scheme had been “vilified in the papers and their age has come into question to make a story”. But Davies was unrepentant, saying one of the refugees had “lines around his eyes and looks older than I am”, and that:

I don’t want to vilify anyone, and I would like to see genuine children being brought in, but I think we have got a right to raise this question. If we don’t raise this question we allow ourselves to be carried along on a tide of emotion, Lily Allen-style with tears in our eyes. What we are going to end up doing is very quickly exhausting the well of hospitality that exists in Britain.

So far this year, 318,280 people have arrived in Europe by sea, fleeing countries like Syria, Afghanistan and Iraq. Of these, over 89,000 have been children. And Davies’ comments, and the stoking of fear by the right-wing press, only serve to demonise people fleeing catastrophes often of the West’s making.

Some refugees claiming to be children may well have later been found to be over 18. But in the Calais Jungle, which has been in its current form since September 2014, it is very possible that such people were indeed minors when they originally fled their homelands. Ultimately, it is a worrying state of affairs when people are vilified in this way, merely for escaping the current chaos in the Middle East and Africa.

– Donate to Save the Children.

– Sign the Scottish National Party’s petition against airstrikes in Syria.