There's finally a plan for Brexit, and Twitter is not impressed [TWEETS] - Canary 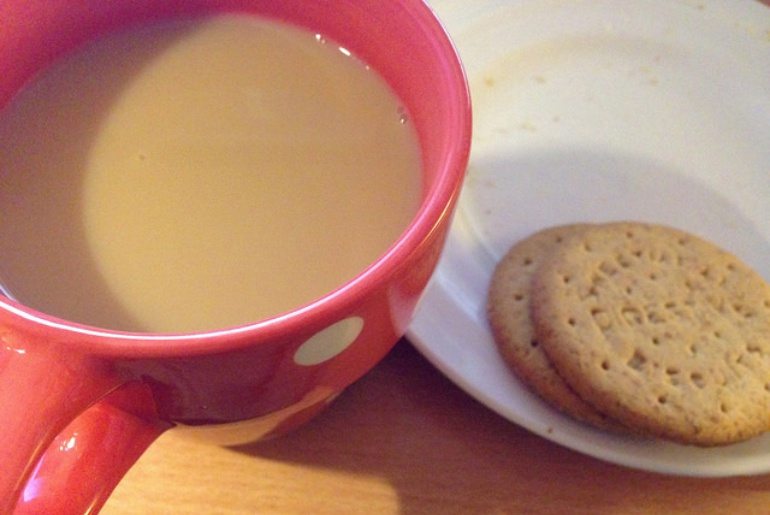 The UK finally has some news on how we’re going to manage our trade relations post-Brexit. Environment, Food and Rural Affairs Secretary Andrea Leadsom outlined her plans for Britain’s Brexit utopia – based on tea, jam and biscuits – at a trade fair in Paris.

According to Leadsom, the ‘International Action Plan for Food and Drink’ has identified nine markets for UK produce, which she believes will generate £2.9bn for the economy over five years.

Following the announcement, Britain’s Brexit trended on Twitter, and people were not impressed.

Many people commented on the jumble sale approach to trade relations:

I'm really pleased that we finally have a Britain's #Brexit plan.

A bit disapointed that the big idea is a global cake stall. pic.twitter.com/D2MzsZNkIN

Others pointed out that the exports which are supposed to be making us billions are things we can’t produce in this country:

So Britain's Brexit will be built on exporting tea? Don't we have to import the tea first though? And then find people who actually want it?

Britain's #Brexit plan is to sell tea to other countries. You know that we don't grow tea here, right? https://t.co/7WwmeBWH7A

Others were incredulous about the plans:

While some thought it should have been satire:

So far, aside from platitudes about ‘hard’ and ‘soft’ Brexit, there seem to be no concrete plans about how the UK plans to exit the EU. Continuing the food theme, Foreign Secretary, Boris Johnson, believes that:

Our policy is having our cake and eating it.

While he may indeed want to eat his cake, he was presumably talking metaphorically rather than actually laying out the grand Brexit plan. But having heard Leadsom’s ideas, maybe he was hinting at the only strategy the Tories actually have in place.

Meanwhile, the rest of the world doesn’t seem so jovial about the reality of Brexit. According to a 6 October New York Times article, which followed the 6% fall of the pound against the dollar in just two minutes:

For those blithely inclined toward the view that Britain would somehow find a way to sever its relationship with the European Union free of drama or financial consequences — like cancelling a car rental reservation, with a tad more paperwork — Friday was a sobering day of reckoning.

And according to Paul Johnson, the director of the Institute for Fiscal Studies:

The world believes that the UK is going to be poorer in the future, and find it more expensive to trade. Essentially, the world is betting against the pound.

Leadsom may have been trying to make some serious points about the UK’s role in the export market post-Brexit. Unfortunately, focusing on tea and biscuits just plays into parochial stereotypes; and it does nothing to alleviate any of the real fears people have about the state of the economy. Let’s just hope that there is a better plan ahead which looks less like the country is organising a giant jumble sale.