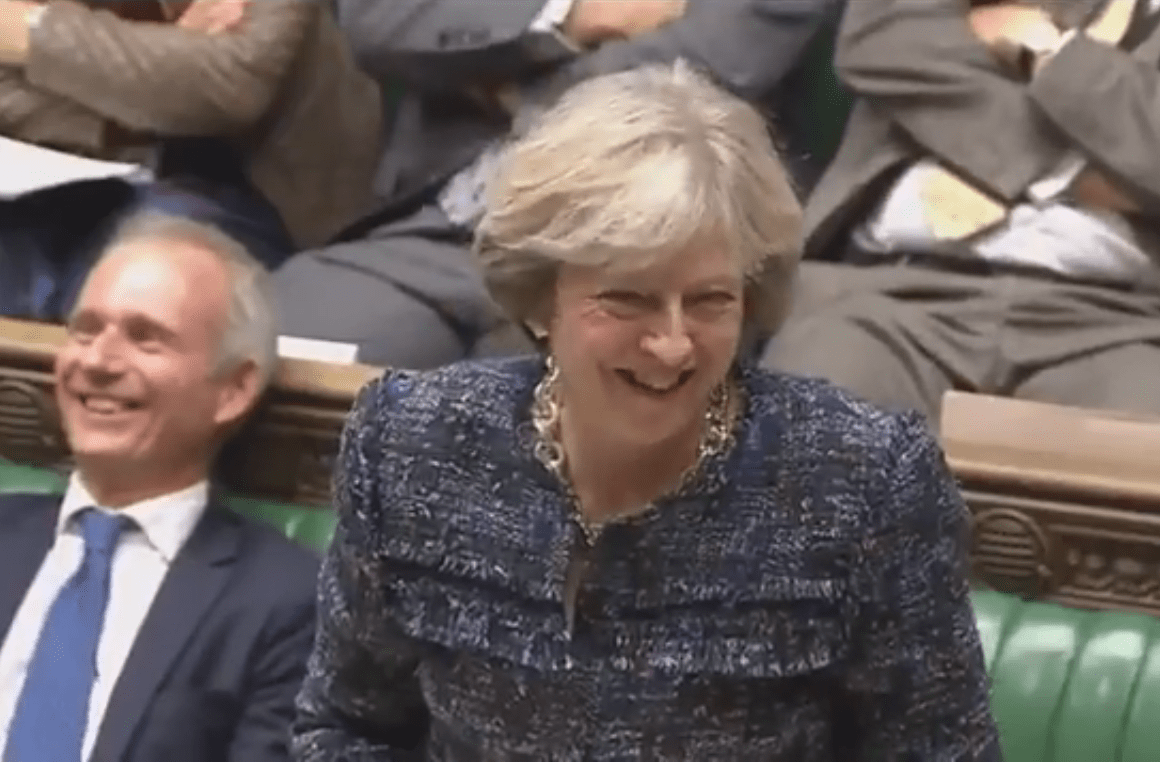 The mainstream media has lapped up an excruciating innuendo from Theresa May, while questions from Jeremy Corbyn about the crisis in our health service have been sidelined.

I hope that Mrs Bone is going to treat the occasion in an appropriate manner.

The apparent innuendo was met by an eruption of laughter from the Tory benches. A number of mainstream media outlets followed suit. The Daily Mail and The Mirror described her joke as “cheeky”, while The Metro said she responded “just about perfectly”. By contrast, onlookers were dumbfounded at the apparently appalling level of banter within the Conservative Party:

Wow that was a good 40 secs laughing at that sad attempt at a sexual innuendo from the PM. Politics at its finest. #PMQs

This is what counts as hilarity in the world of Mrs May's Boys… https://t.co/MbXPefhq8d

Tory MPs burst into laughter at the apparent joke along with swathes of the mainstream media. Meanwhile, Corbyn was highlighting an NHS in crisis, saying:

NHS Trusts are in a financial crisis. According to NHS providers, it seems to be the worst financial crisis in NHS history. 80% of hospitals are now in deficit. There was a time, in 2010, when the NHS was in surplus. What’s happened?

The NHS is up to its ears in historic levels of debt. The impact of the Conservative (and Coalition) government’s ongoing austerity programme on our NHS is visualised on this chart. 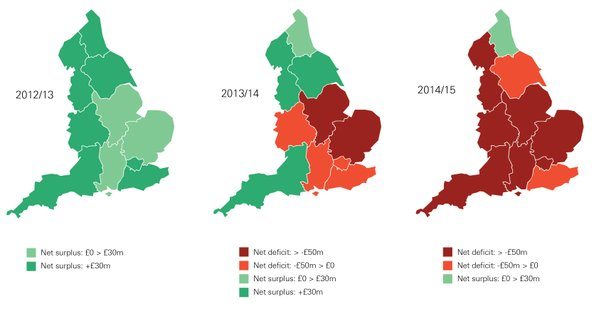 In her response to Corbyn’s question, May put the following figure on extra NHS spending:

We’re giving £10bn of extra funding to the NHS.

But only a day ago, the Health Secretary Jeremy Hunt admitted the £10bn funding had been abandoned. Considering this, May appears to have dodged the question by making stuff up.

A historic level of debt is not the only record the government has broken with our health service. On Friday 14 October, the Conservatives tried to sneak out the biggest sell-off in the history of the NHS. £7.9bn of contracts are up for sale in the latest NHS bonanza; 7.3% of the entire health budget.

The Conservatives’ accelerated privatisation takes us up another rung of the ladder. Department of Health figures show that the amount of money going to “independent sector providers” more than doubled from £4.1bn in 2009-10 to £8.7bn in 2015-16.

Privatisation of the NHS appears to be the aim of the Tory government. Unsustainable public funding levels fabricate the need for private provision. But much of the mainstream media looks more concerned with documenting so-called jokes than the ongoing sell-off.