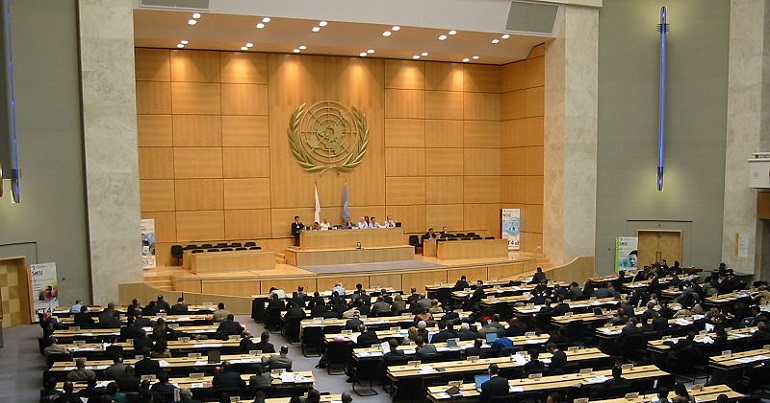 On 23 March, the UN Commission on the Status of Women approved a resolution titled Situation of and assistance to Palestinian women. It recommended that the Economic and Social Council call upon the international community to “continue to provide urgently needed assistance to Palestinian women and girls” who face “a dire humanitarian crisis under Israeli occupation”. The UK delegation voted against the resolution.

This resolution called on the council to demand that Israel protect the rights of Palestinian women and their families. And it said Israel must comply with the provisions and principles of the Universal Declaration of Human Rights, the Geneva Conventions and other international covenants. It also urged the international community to renew efforts to advance the conclusion of a peace treaty. The resolution said that any treaty should recognise the two‑state solution.

Thirty countries voted in favour of this resolution and only four voted against. 11 abstained. The four countries that voted against were Israel, Guatemala, Canada, and the United Kingdom.

Reasons for the UK vote

Explaining why the UK voted against the resolution, UK ambassador Jonathan Allen said:

We cannot accept in the name of equality the inherent discrimination of singling out… Israel; as this resolution clearly does. No other country is singled out in the same way.

Allen accepted that the Israeli occupation has “a detrimental impact” on the status of Palestinian women (and men). He also agreed that the Middle East is “a region where women’s rights are so often and so tragically trampled upon”.

However, Allen argued that this resolution does not reflect:

the challenges that Palestinian women endure each and every day due to gender stereotypes, negative social and cultural norms, and the multiple and intersecting forms of discrimination that exist. Nor does it reflect the responsibility of the Palestinian Authority for the wellbeing of women…

Consequently, he maintained that the UK’s vote against this resolution was a vote against “the politicisation” of the Commission on the Status of Women.