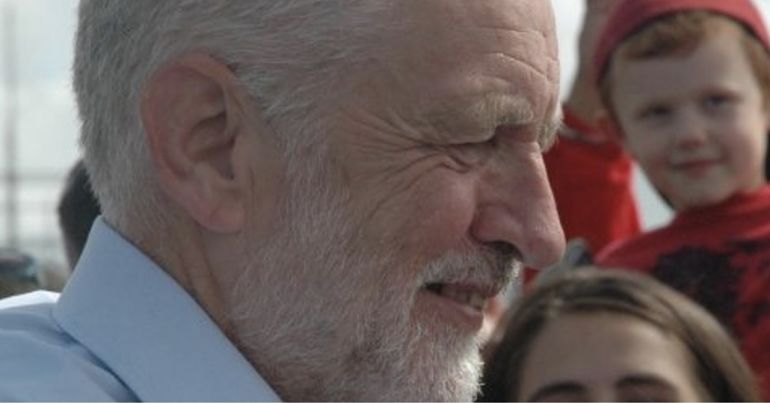 Thousands have taken to Twitter to offer support for Jeremy Corbyn. A Twitter ‘blast’ was planned to share positive news about the Labour leader as he faces criticism from some party members and pretty much every mainstream media outlet.

Three weeks ago Jeremy Corbyn was a Czech agent. Last week he was a ‘Putin stooge’ , a Kremlin appeaser’ and a ‘traitor’. This week, he’s an ‘anti-semite’ again. The whole thing is so predictable.

Despite this, Labour has surged ahead in opinion polls. But on 23 March, things went up another notch. Owen Smith left Corbyn with no choice but to sack him. Then, Labour MP Luciana Berger reignited claims that Corbyn had made comments about an allegedly antisemitic mural in 2012. As The Canary previously reported, many feel the timing of the current attacks is an “attempt to influence the local elections”.

But Corbyn supporters and many Labour members have had enough. Using the hashtag #JCRecord2bproudof, they are now sharing positive news about the Labour leader.

At 5pm on 26 March, the Board of Deputies of British Jews met to discuss an open letter to the Labour Party that is highly critical of Corbyn. The Twitter blast was intentionally planned to coincide with this meeting.

Jewish Voice for Labour, meanwhile, said in a statement that it was “appalled by the actions and statements of the Board of Deputies”, because:

They do not represent us or the many Jews in the Party who share Jeremy Corbyn’s vision for social justice and fairness.

Jewish Voice for Labour released this statement backing Corbyn and opposing the Board of Deputies who (falsely) claim to speak for all British-Jews.

The statement has already been signed by many Jewish Labour members & more including some elebrities are set to sign it this week pic.twitter.com/vIICkWGhpu

There is a lot of support and Corbyn does indeed have a record to be proud of:

I support Jeremy Corbyn as our best chance of a beetter future for all pic.twitter.com/MZedRjepP5

Please retweet this if you want a Prime Minister that stands up for all of us, not just the rich and the media.#IStandWithCorbyn #JCRecord2BProudOf pic.twitter.com/4zsW4GhKNQ

This show of support demonstrates the swell of grassroots support that the Labour leader has.

In January 2016, I set up Momentum Falmouth to have Corbyn’s back. I had very much hoped my group wouldn’t be needed two years later. I was wrong. The recent shameful smears accusing Corbyn of antisemitism, including from some on the right of the Labour Party, cannot go unchallenged and that’s why I’ll be joining in tonight’s Twitter Blast.

The Twitter blast was only planned a few hours ago. But within minutes, it was trending. This is grassroots politics and people power at its finest.

If you’re also sick of the constant media attacks and distortion of Corbyn’s politics and views, join in and show support.

– Check out Jewish Voice for Labour.