Despite a week of Tory and media smears, Jeremy Corbyn is still winning - Canary 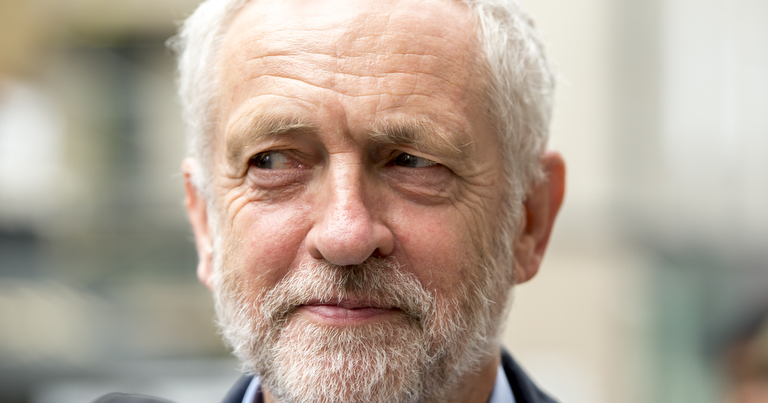 A week, as they say, is a long time in politics. On 10 March, Labour stormed ahead with a seven-point lead in a Survation opinion poll. In the week that followed, Theresa May and the Conservatives directly blamed Russia after Sergei Skripal was poisoned in Salisbury on 4 March. Jeremy Corbyn called for a “calm” and “measured response”. But he then faced unprecedented attacks from parliament and the mainstream media.

But despite this, support for Corbyn seems unwavering. On Saturday 17 March, #IsupportJeremyCorbyn started trending on Twitter.

It seems that someone called ‘James’ started the trend:

Let’s get a Saturday trend going to show we are not a “cult” but decent, hard-working folk who want change!

Me: I am a small business owner & I support @jeremycorbyn.

How about you? What do you do & do you support Jeremy? #ISupportJeremyCorbyn

And it took off as thousands joined in to show why they support Corbyn:

I’m a father, a (fairly) hard-working small business owner. Not a brainwashed disciple of a charismatic leader. I just want to live in a fairer, kinder, more compassionate country. I don’t hate Tories. But I do hate unfairness, cruelty and corruption. #ISupportJeremyCorbyn https://t.co/53L6f0pXEd

Just saw #ISupportJeremyCorbyn trending. So had a look, What a nice read before I go out campaigning.

#ISupportJeremyCorbyn b/c his politics has always been for the many and not the few. pic.twitter.com/NmvBKrYyip

Corbyn’s longstanding commitment to peace and opposition to chemical weapons was a reason for others:

#ISupportJeremyCorbyn because, well, most MPs aren't fit to make him jam. pic.twitter.com/73uX4Uuggo

As was his calm and measured stance on Russia:

Jeremy Corbyn is calling for cool heads. He also says one or two of the mainstream media have been misrepresenting him. It's a good job we are here to get the truth out. #ISupportJeremyCorbyn pic.twitter.com/kCCHnh5ADW

For many the answer was clear:

#ISupportJeremyCorbyn because of who doesn't.

And others went even further:

“The first mainstream party leader in a generation not to be owned by the right wing press baron's”#ISupportJeremyCorbyn.@ArgyleLoz pic.twitter.com/yArhM5Ovp3

In the 2017 general election, the social media campaign for Corbyn and Labour defined a new era of politics. While the right-wing media continues its attack on Corbyn, this latest Twitter trend shows that this grassroots support is still strong, and still growing.

As The Canary previously reported, an image used on BBC‘s Newsnight on 15 March, was widely criticised:

Make no mistake when #Newsnight photo shopped Corbyn into a Kremlin back drop as a graphic to imply he was a stooge of Putin they crossed a journalistic line b/c it makes their program no longer news but propaganda for the government. pic.twitter.com/FLWoBB8nL2

Journalist Owen Jones was unequivocal in his criticism of Newsnight:

Owen Jones is quite right. If #Newsnight insists on photoshopping Corbyn in front of the Kremlin it should show Theresa May taking hundreds of thousands from Russians and selling Russia nuclear material.

The image also prompted many complaints to the BBC:

I just submitted a complaint to the BBC re the vicious Newsnight portrayal of Corbyn as a Bolshevik revolutionary.We have got to fight back aginst the State Propaganda Machine before they turn the UK into the Totalitatian State they desire.FIGHT BACK!

And the complaints are growing. On 17 March, a 38 Degrees petition to “Ofcom and the BBC“, launched. Its aim is to “Hold the BBC to account for its smear campaign against Jeremy Corbyn”. Less than 24 hours after it started, the petition has over 100,000 signatures. And rising.

For the many. Not the few.

It’s hard, if not impossible, to imagine an “I support Theresa May” hashtag trending on Twitter. And the number of petitions opposing Tory policy continues to rise. While people march in their thousands to support the NHS, no one marches to defend Tory cuts or austerity. But it seems that no matter how hard the right-wing press come after Corbyn, his grassroots support grows even stronger.

In the current political climate, he continually shows a voice of reason. And thousands stand behind him in support.