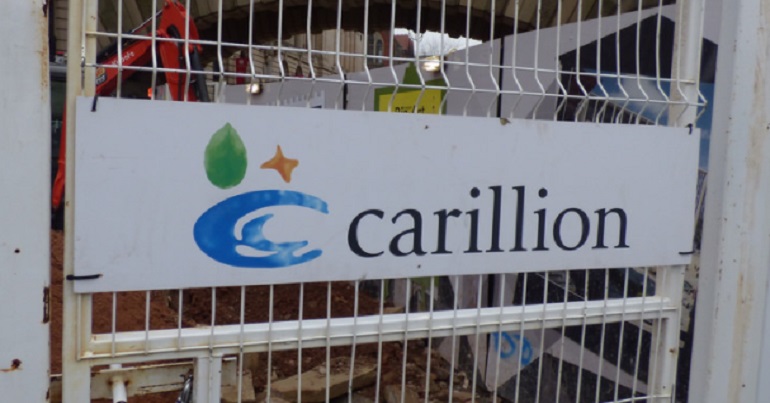 A family-owned firm has called in administrators due to the collapse of government outsourcing company Carillion in January. The firm’s potential collapse has reportedly put up to 160 jobs at risk, with Labour’s shadow business secretary Rebecca Long-Bailey blaming the government.

Vaughan Engineering, set up in 1955, is a “leading mechanical and electrical building services engineering contractor operating throughout the United Kingdom and Ireland”. It is a family-owned business, employing around 500 staff across its operations in the UK and Ireland. But now, as City AM reported, Vaughan is preparing to call in administrators having not received any payments for work it had completed for Carillion.

It also lost £1.1m worth of work it had lined up with Carillion for the first three months of 2018. This included work on the Vaux Brewery site which was being delivered by a JV [joint venture] between Carillion and Sunderland City Council.

As The Canary previously reported, Carillion went bust in January with almost £1bn worth of debt, after issuing several profit warnings. But Vaughan’s potential collapse is thought to be the first supply chain firm linked to Carillion to be potentially put out of business. Its finance director Gavin Vaughan told Construction News:

This is devastating news for all of the people who work for Vaughan Engineering.

We have three sites in England and Scotland, employing 160 people and paying more than £6 million annually in salaries and hundreds of thousands more in rates and to our many suppliers.

I think sadly it is inevitable that several of those suppliers and their employees will also be seriously impacted.

A spokesperson for the Department for Business, Energy and Industrial Strategy (BEIS) told The Canary:

Unjustified late and non-payment of any amount owed is unacceptable. These practices cause particular problems for small businesses in the construction sector and the Government is committed to tackling them.

We have already implemented Prompt Payment Reporting Regulations which mean construction firms must be transparent about their payment practices and last year we commissioned independent research to better understand the costs and benefits of retentions and consider possible alternatives.

But Labour’s Long-Bailey was unequivocal in why she thought Vaughan was in trouble. She tweeted:

Carillion adopted a 120-day policy for paying its suppliers in 2013, a practice across some businesses which Labour’s then-shadow business secretary Chuka Umunna called a “scandal”. Now, in light of Vaughan’s potential collapse, industry experts are calling for a change in the law.