Following their invasion of Syria, Turkish forces are now in Iraq - Canary 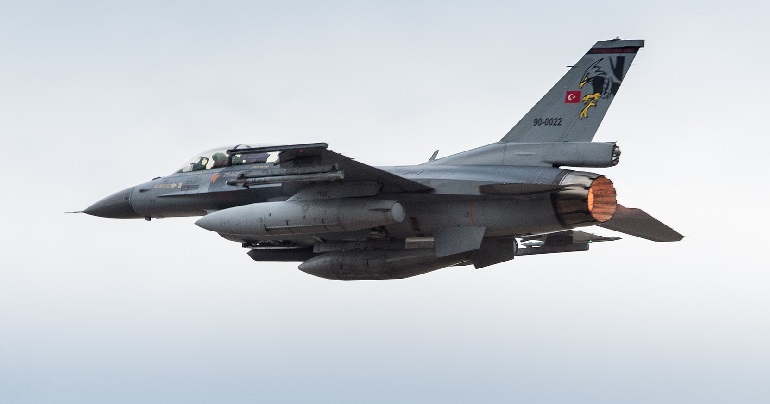 Turkey launched a military offensive in northern Syria in late January. It has now entered Iraq too, and is threatening further action.

Since ending peace talks with the Kurdistan Workers’ Party (PKK) in 2015, Turkey has waged war on the group and its allies at home and abroad. In addition to its ongoing offensive in northern Syria, Turkey has now begun military action in Iraq. The Kurdish population is split mostly between Turkey, Iran, Iraq, and Syria.

The current Turkish regime refers to the PKK and its allies as terrorists. President Recep Tayyip Erdoğan has also called anti-war students “terrorists”.

The PKK and its allies have condemned all attacks on civilians. But their left-wing ideology includes a desire for self-governance, which centralised states like Turkey oppose.

Turkey’s Iraqi operation began on 10 March, and its forces now occupy around 28 villages. Erdoğan has also threatened to launch a military offensive in Sinjar, northern Iraq.

In 2014, Daesh (Isis/Isil) committed war crimes against the Yazidi minority group in Sinjar. A UN commission said in 2016 that “genocide has occurred and is ongoing”. Daesh reportedly killed over 3,000 Yazidis in its 2014 attack, and kidnapped around 6,800 more to use as sex slaves or fighters.

The official army in charge of protecting Sinjar in 2014 allegedly withdrew as Daesh advanced. So as the disaster unfolded, northern Syria’s People’s Protection Units (YPG) and Women’s Protection Units (YPJ) stepped in to create a humanitarian corridor for Yazidi civilians to escape to Syria. Their PKK allies soon joined the rescue efforts. The YPG/YPJ and PKK then fought alongside their allies in the Yazidi Sinjar Resistance Units (YBŞ) and Sinjar Women’s Units (YJŞ) to defeat Daesh. As part of a broad alliance, they liberated the town in 2015.

In 2017, Turkey launched airstrikes on Sinjar in an attack on the PKK and its allies. And amid ongoing Turkish threats to invade, the PKK’s umbrella group announced the group’s withdrawal on 23 March.

The Iraqi Army has since confirmed the PKK’s withdrawal, and the government will now reportedly employ fighters from the YBŞ and YJŞ.

we categorically reject the Turkish forces’ breach of the Iraqi border

There are suspicions, however, that the PKK’s withdrawal from Sinjar will not be enough for Turkey. Journalist Frederike Geerdink, for example, believes Turkey will not be content as long as the PKK has allies in Sinjar – or anywhere else:

ybş and women's force yjş are local forces so they will stay. turkey will say pkk hasn't left, just as they insist #ypg is still in manbij (while manbij military council is in charge). turkey wants the #ideology out. problems will emerge whether pkk withdraws or not. #şengal https://t.co/NvPXuVhlsc