With thousands of jobs at risk, it's the government that must answer for Carillion's mess [OPINION] - Canary 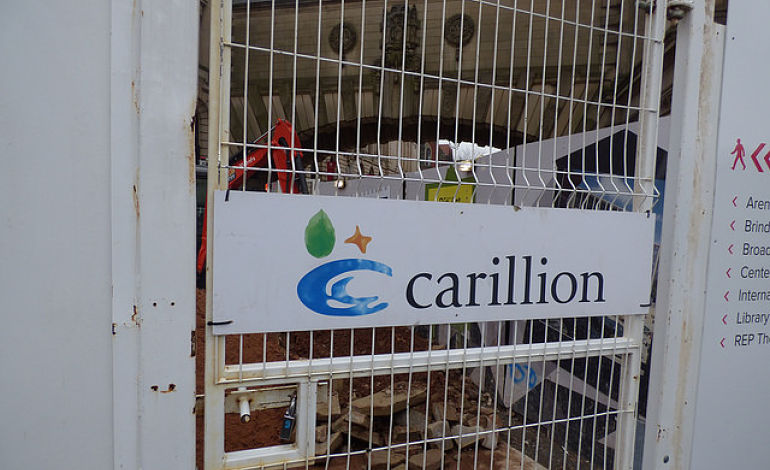 The collapse of Carillon, the UK’s second largest construction company, has raised questions. Around 43,000 in fact, since that’s how many jobs are affected by Carillion’s announcement. And I’m placing the blame firmly at the feet of the government.

Of course, the callousness and bullishness of Carillion’s senior management and executive board is blood-boiling. Continuing to bid for £m contracts while shouldering £900m of debt and then asking for a straight bailout is audacious. The government may not have agreed to bail out the company like it did with the banks in 2008, but the taxpayer will still pay. What’s more, the government should have seen this coming and now it needs to answer for this mess.

Carillion’s downfall is a particularly big deal because it’s a major state contractor. This government, under Theresa May, has awarded it work on 450 projects, according to Reuters. Carillion contracts include major undertakings like high speed rail project HS2, Network Rail, and hospital projects like the Midland Metropolitan Hospital and Royal Liverpool Hospital. The liquidation leaves their fate up in the air and could lead to higher costs.

And of course, there are those 43,000 workers, almost 20,000 of whom are based in the UK. The Official Receiver has been appointed as the liquidator and will continue to pay the salaries, keeping the company’s operations going. The Official Receiver’s costs will be passed on to the taxpayer.

It may have also been good for staff and the fate of the company if they had never received these contracts in the first place. And on the face of it, that’s exactly what the government’s own rules should have told it to do.

Carillion issued three profit warnings in the past six months. The first was in July 2017, which triggered the resignation of chief executive Richard Howson. Even after this, the government announced it would award Carillion work on HS2.

But the government’s own guidance indicates it should be conducting financial assessments before procuring services. John Trickett, Labour’s Cabinet Office spokesman, says it’s government policy to label companies “high risk” if they issue a profit warning. So where are the contingency measures?

Whether the government did its due diligence or not is a question that needs answering. There are calls for an inquiry, and the cost so far to the public shows that it is in the public interest.

The government is responsible for this mess, and now it has to answer.

– Read more articles from The Canary on Carillion and the Conservative Party.