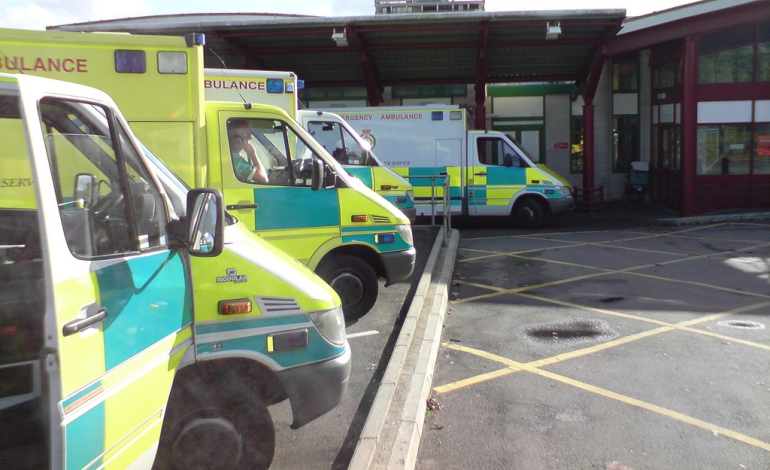 A woman was left to lie in pain on the floor of Accident and Emergency (A&E) at Hereford County Hospital for several hours due to a lack of beds. Kyra Drew was in too much agony to sit or stand, so she lay down on the floor. And it was left to the receptionists to make her comfortable. Her mother, Sandra Drew, stated:

There was no beds or trollies so she could only lie down on the floor and the receptionist got some bedding and made her comfortable.

And with almost daily stories about the crisis in our hospitals, it seems this is sadly indicative of the state of the NHS in 2018.

As The Hereford Times reported, Drew praised the staff but blamed government cuts for what happened to her daughter:

The staff were brilliant and were running around like mad. The closure of the Asda Walk-in centre people meant that people were coming into A&E with cut fingers and bruises on their heads and could have [been] assessed somewhere else…I do feel for the staff as this is down to the Government cut-backs.

After several hours, staff found a bed for her daughter, who received a scan before being discharged the following day.

A spokesperson for the Hereford County Hospital said:

Unfortunately, our Emergency Department was experiencing high demand at this time. Wye Valley NHS Trust has experienced unprecedented pressure on its services in recent weeks. This pressure is unrelenting.

These winter pressures have been well documented in the media and, like other NHS Trusts, WVT has plans to help it cope with these extra demands on its services.

Patients are triaged within the Emergency Department to ensure they are seen and treated according to their clinical need.

In a county with many older people we see many very sick, elderly and frail patients who need to be prioritised and treated urgently. This can lead to less serious patients waiting longer for treatment.

We apologise to those patients who have had to wait longer than they would have expected. While we can’t comment on individual patients, it would be true to say that we are committed to ensuring that every patient who comes through our doors receives the best possible care we can give them. Our dedicated team of staff in the Emergency Department has been working under enormous pressure for several weeks and we would like to pay tribute to their professionalism and the compassionate care they give our patients.

But it seems that this is not an isolated incident and is happening in other hospitals:

Grandad went into A&E 10 hours ago and has still not been dealt with. Unable to eat or drink Very weak. Lost over 2 stone in 6 weeks. Nobody is stepping up to help him. No bed or trolley so he has to sleep on the floor in his cubical How can the government allow this bloody wrong pic.twitter.com/k8LSghNms9

Meanwhile, in the week after Christmas 2017, 16,900 people were left waiting in ambulances with 4,700 having to wait over an hour before entering A&E. On top of this, hospitals have been forced to cancel thousands of operations. And now, unqualified medical undergraduates are being asked if they can help out in A&E. The British Medical Association (BMA) described this as a “desperate measure”.

Even before the winter crisis, doctors were warning the NHS was at “breaking point”. In June 2017, BMA chair Dr Mark Porter stated:

We have a Government trying to keep the health service running on nothing but fumes. A health service at breaking point. Run by ministers who wilfully ignore the pleas of the profession and the impact on patients.

After years of underinvestment, with a growing, ageing population, and despite the extraordinary dedication of its staff, it is failing too many people, too often.

It doesn’t have to be this way. It is the result of an explicit political choice.We don’t have to spend less of our GDP than the other leading European economies on health.

And when even right-wing Conservative MP Jacob Rees-Mogg is criticising the level of funding and the impact of austerity on the NHS, then it’s clear that drastic action is needed.

– Join the emergency demonstration to save the NHS.