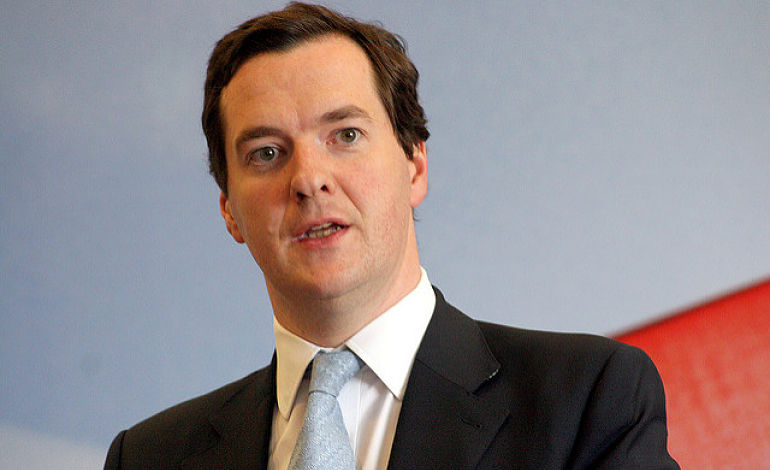 Carillion’s collapse has made front-page news across the print media. But not in The Evening Standard, which former chancellor George Osborne edits. Well, not for long, anyway.

While the evening paper put Carillion on the front page of its first edition on 15 January, it quickly replaced it with a second edition scaremongering about the election of three new Momentum candidates to Labour’s National Executive Committee (NEC): 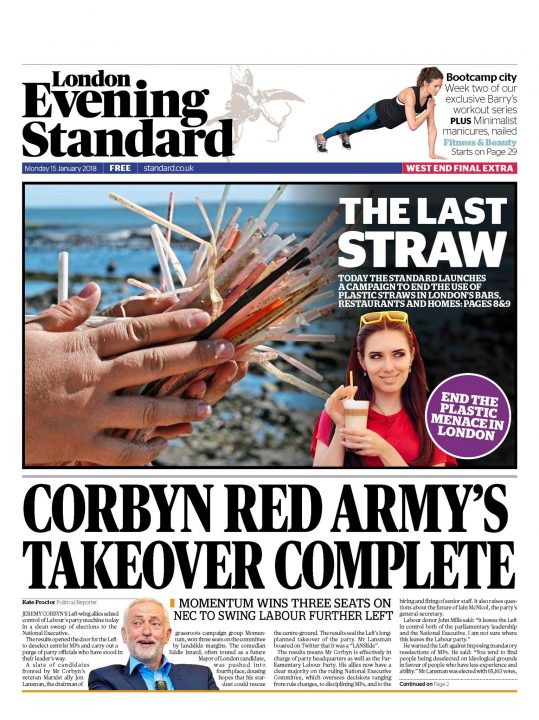 So why might The Evening Standard choose a story about internal Labour Party processes over the collapse of the UK’s second largest construction company?

Carillion employs 43,000 people. It has debts of around £1.5bn. And the Conservative government awarded it nearly £2bn of contracts after it issued its first profit warning. All deeply newsworthy.

Well, not only did the The Standard‘s editor, George Osborne, support Carillion’s takeover of Britain’s public services during his time as chancellor; he also earns £650,000 a year from a company that profited from Carillion’s collapse.

In October 2014, Osborne enthusiastically announced a new deal with Carillion, which he said was a key part of Britain’s “long-term economic plan”:

Carillion deal is first through new Direct Lending I announced at Budget, boosting exports is key part of #LongTermEconomicPlan

Meanwhile, his brutal austerity agenda led to a chronic underfunding of services. Companies like Carillion overbid for contracts that turned out to be unprofitable – while “fat cat” bosses creamed off any money.

Then, in 2017, Osborne took an advisory job with the BlackRock Investment Institute, for which he earns £650,000 a year. As Political Scrapbook notes, at the time he registered his interests in 2017, he also expected to receive equity in the company:

Now it has emerged that BlackRock, the world’s largest fund manager, is thought to have made £40m profit by gambling that Carillion would collapse.

Corbyn has placed the blame for the crisis firmly at the Conservatives’ door, saying:

Tory underfunding has caused the crisis. But privatisation, outsourced contracts and profiteering have made it worse. Our public services… are struggling after years of austerity and private contractors siphoning off profits from the public purse.

Yet George Osborne, in his role as Evening Standard editor, chose to attack the Labour leader on his paper’s front page on the day Carillion collapsed. He did, to be fair, also put out an editorial. But the Carillion story didn’t even lead that. And instead of taking responsibility for the mess, Osborne used the editorial to deflect blame onto civil servants rather than ministers, and then had the gall to ask:

Why has the state found itself so dependent on a few very large outsourcing firms?

ITV‘s Robert Peston has called the collapse of Carillion “the definitive end of Tory and New Labour governments 25-year love affair with private provision of public services”. Let’s hope he’s right. For decades now, successive governments have handed profits from government contracts over to private interests while socialising the losses, allowing a few people to get rich at the expense of the many.

But there is another way. We could share the proceeds of our society with each other. We could – and we must – take back control.

The Canary asked The Evening Standard for comment but received no reply by the time of publication.

– Read more articles from The Canary on Carillion and the Conservative Party.